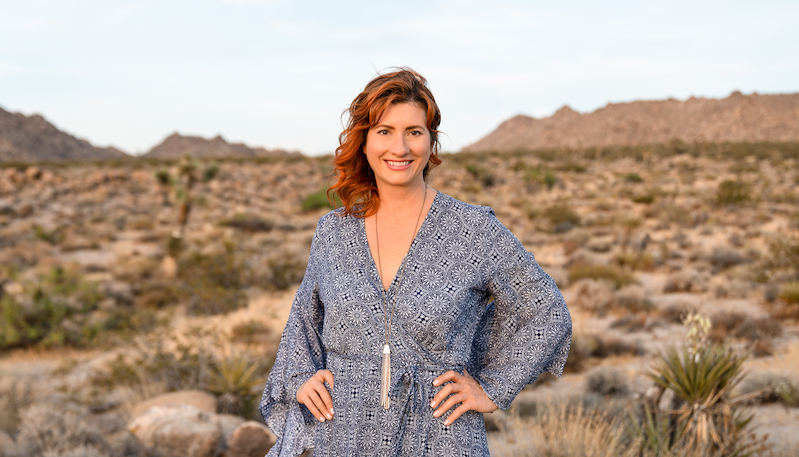 Traveling the World to See What My Mother Couldn’t

Maggie Downs Talks to Heather Scott Partington About Her Memoir, Braver Than You Think

At 34, reporter Maggie Downs set off alone on a trip around the world. Newly married, she left her husband and all of her possessions to travel to all of the places she imagined that her mother, who was dying of Alzheimers, had always wanted to see. Downs’ debut memoir, Braver Than You Think, details this solo journey inspired by late-night conversations when the two pored over National Geographic magazines. She navigated her way through countries like Peru, Bolivia, Argentina, South Africa, and Thailand, and tried to come to terms with losing her mom, whose memory was fading at the same time on the other side of the world. Downs’ memoir is divided into three sections: “Love,” “Death,” and “Life.” As she finds her own way, she also has to confront the decisions her mother made, and look at what it means to really live.

Downs caught up with Heather Scott Partington recently to talk about travel writing, monkey bites, and finding a way out of her comfort zone.

Heather Scott Partington: How did the structure of your memoir change over time? Did you write it chronologically?

Maggie Downs: Growing up, I read a lot of National Geographic magazines, back when the majority of bylines were by men. I also consumed a lot of travel books that leaned toward the masculine. Paul Theroux, Jon Krakauer, J. Maarten Troost, all those guys. So that shaped my idea of what a travel narrative should be and what I wanted to emulate. And that’s why, when I started writing this story, I focused exclusively on the travel aspect. It seemed like the most exciting part and therefore the most compelling to readers. There’s trekking! Kayaking! Skydiving! I resisted making it too self-reflective or emotional.

While I was traveling I wrote a blog for my family and friends, and I often posted glib, jokey updates, because that’s my default.

But without pulling back the curtain and revealing the machinery that drove me to each place, my travel writing felt empty and soulless. That’s when I restructured the work by inserting my mom’s story and showing how her life inspired me. And I don’t know why I ever thought of that as too feminine or as a woman’s story. Despair doesn’t have a gender. The death of a parent is universal. Reckoning with your own mortality is universal. Finding your place in the world is always relevant and worth interrogating.

Once I allowed myself to be more vulnerable and introspective in my work, it fell neatly into the sections of Love, Death, and Life.

I really liked that it ended with Life, too. People tend to think that death is the end of a story, but there’s so much that happens after.

MD: I’m a sucker for any story with a quest, no matter where it takes place. There’s an inherent drama in that kind of narrative that keeps me flipping pages. Tracks by Robyn Davidson is a great example, where the author treks across the Australian outback solo. That’s a tidy story arc.

But the best memoirs, the ones that stick with me, are ones in which the narrator changes and then goes on to navigate the world in a new way. Some of my favorites are Catfish and Mandala by Andrew X. Pham; Kinky Gazpacho by Lori L. Tharps; Welcome to the Goddamn Ice Cube by Blair Braverman.

I also don’t mind when memoirs are unfinished. (And I don’t mean unfinished from a craft perspective, just that the stories aren’t tied up with a pretty bow.) Some of my favorite books end while the narrator still questioning, still grappling with big things — like Long Live the Tribe of Fatherless Girls by T Kira Madden, Wave by Sonali Deraniyagala; and Once More We Saw Stars by Jayson Greene. I think it’s very authentic to end at a place of uncertainty.

HSP: You wrote that you had “to squash the anxious part of [yourself] in order to continue moving forward.” (50) What kept you going through monkey bites, lost trails, and uprisings? Was that reflected in the kind of writing you did as the experience was unfolding? How did that impetus change over time?

MD: This probably isn’t the truth of the situation, but during my trip I felt as though I had burnt so many bridges behind me, my only option was to go forward. Even when I wanted to turn back, I didn’t know how.

I didn’t let anyone in on those feelings, though, especially not in my writing.

While I was traveling I wrote a blog for my family and friends, and I often posted glib, jokey updates, because that’s my default. Then, when I sat down to write this book, I had to strip all that away. It was a real challenge for me.

I don’t know why I ever thought of this as too feminine or as a woman’s story. Despair doesn’t have a gender.

Steve Almond has a tiny craft book and one of his lessons is “Slow down where it hurts.” So I wrote that down on a sticky note and referenced it often as I worked on my manuscript. I realized that many times I tried to write around my wounds or skip over them entirely, but that advice forced me to press on the bruise.

HSP: My favorite line is “It is an act of courage to exist in the world at all.” (62) Which experience from that time took you farthest from your comfort zone? How did it change what you thought your trip was going to be?

MD: When I was a volunteer at an animal sanctuary in the Bolivian jungle, a monkey attacked me and bit me in several places on my hand and arm. I walked about a mile into town to get some medical assistance, blood pouring down my arm the whole way. The pharmacist showed me an array of antibiotics, but I didn’t know what to get, so I ran to the nearby internet cafe to search for the best antibiotics for animal bites. I tried to go to the village’s small hospital, but I ended up getting stitched up by a veterinarian instead. And I remember sitting in the veterinarian’s humid office, both of us slick with sweat, as he tugged black thread through the skin of my hand, and I thought, “This wasn’t in my guidebook.”

That was probably the first time I was aware of how far I had ventured outside of my comfort zone.

Before I set out on my trip, I did a lot of reading and I bought a lot of gear. I had all the stuff the experts said I should have. But somehow I had traveled beyond the guidebook, and there wasn’t any preparation for that. I simply had to live it.

HSP: You come to some profound and moving realizations about both yourself and your mom near the end of the book. How can memoirists write about emotion and family bonds without venturing into the cliché?

MD: Some of the realizations were unexpected and only happened during the writing process. It was like tugging on a loose string, then looking around and finding a heap of yarn where a sweater used to be. It left me naked.

So I think whenever a memoirist gets to that place, where you’re completely unraveled, that’s what brings out real stuff beyond the clichés.

HSP: What’s your next project?

My next project was going to be a collection of reported essays, but it involves a lot of travel, and I’m not sure when travel will be accessible again. So that one is going to be put on hold for a while.

It’s funny, I always have several projects simmering, but they’re only appealing when I’m working on something else. Now that my plate is almost clear, I’m not so into them.

I guess I’m looking for the next shiny thing.

Heather Scott Partington is a writer, teacher, and book critic. She is a contributor to Alta Magazine, the winner of an emerging critic fellowship from the National Book Critics Circle, and the Critic-in-Residence for UC Riverside’s Palm Desert MFA. Her writing has appeared in The New York Times Book Review, The Washington Post, USA Today, The Los Angeles Times, and The Los Angeles Review of Books, among other publications. She lives in Elk Grove, California, with her husband and two kids.

Zachary D. Carter on John Maynard Keynes and the Need for Deficit Spending 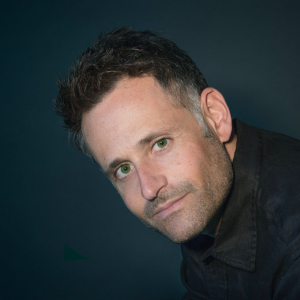