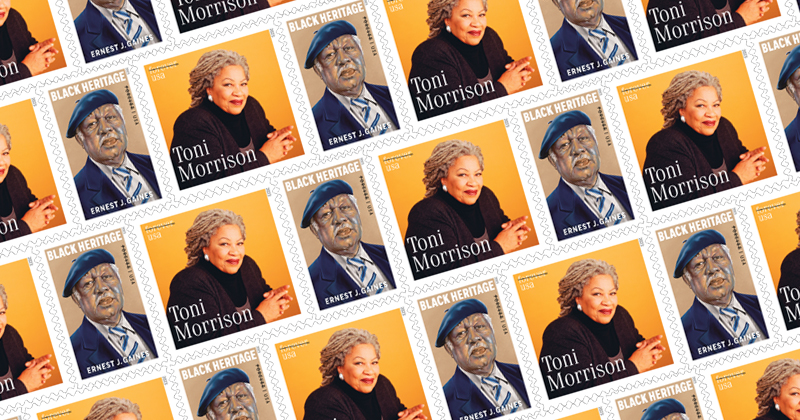 This week, the United States Postal Service announced their 2023 slate of stamps, including new forever stamps honoring literary legends Toni Morrison and Ernest J. Gaines. (Morrison has been immortalized on stamps before, but it’s USPS policy that living people not be portrayed on stamps, so she has only recently become eligible.)

Here are the stamps, and what the USPS had to say about them: 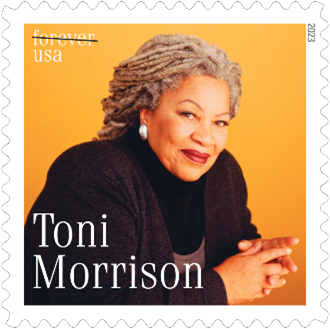 Author Toni Morrison (1931-2019) is honored in this stamp issuance. Her artfully crafted novels explored the diverse voices and multifaceted experiences of African Americans. Known for such books as The Bluest Eye, Song of Solomon and Beloved, Morrison was the rare author who achieved both bestseller status and critical success. In 1993, she made history as the first African American woman to win the Nobel Prize for Literature. The stamp features a photograph of Morrison taken in 2000. Art director Ethel Kessler designed the stamp with photography by Deborah Feingold. 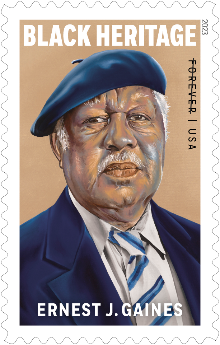 The 46th stamp in the Black Heritage series honors Ernest J. Gaines (1933-2019). Best known for such novels as The Autobiography of Miss Jane Pittman and A Lesson Before Dying, Gaines drew from his childhood as the son of sharecroppers on a Louisiana plantation to explore the untold stories of rural African Americans, adding a vital voice to American literature. The stamp features an oil painting of Gaines, based on a 2001 photograph. Mike Ryan designed the stamp with art by Robert Peterson. Greg Breeding served as art director.