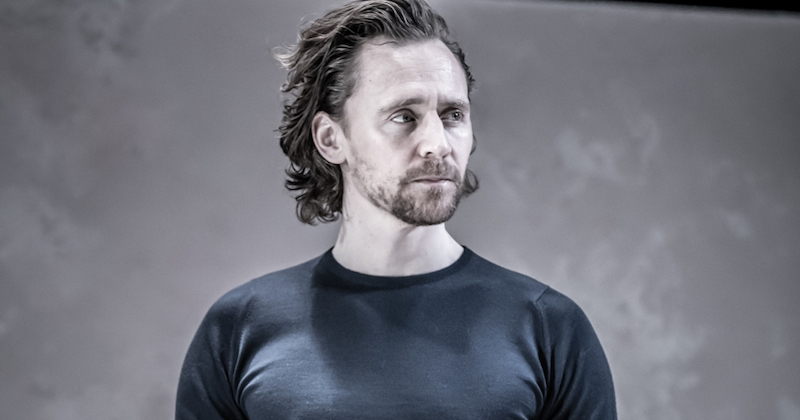 Tom Hiddleston, the dark prince of literary adaptations, is back on his bullshit.

As far as I can tell, Tom Hiddleston attaches himself to only two kinds of project: Marvel tentpole properties and somber literary adaptations. Consider the evidence: in the past decade, Hiddleston has starred as Marvel Cinematic Universe fan favorite Loki seven times (in Thor, The Avengers, Thor: The Dark World, Thor: Ragnarok, Avengers: Infinity War, Avengers: Endgame, and the upcoming Disney+ TV show Loki). During the same period, the handsome-but-sinister Briton appeared in no less than ten downbeat prestige dramas/plays based on famous works of literature (War Horse, The Deep Blue Sea, Henry IV, Henry V, The Night Manager, The Kingdom of Earth, Coriolanus, Betrayal, High-Rise, and Hamlet).

Now, before you provide evidence to the contrary (of which there is, admittedly, some), let me bend the rules to suit my argument. 2011’s Midnight in Paris was neither somber nor based on an existing literary property, but T-Hids plays F. Scott Fitzgerald in it, so it counts. 2013’s Only Lovers Left Alive just feels literary, plus Christopher Marlowe is a character in it, so it counts. 2015’s Crimson Peak is basically Rebecca with extra blood n’ ghosts, so it also counts. 2017’s Kong: Skull Island isn’t a Marvel film, but it is a big ‘ol money-spinning CGI blockbuster designed to be part of larger cinematic universe, so it, too, counts.

“But, Dan,” I hear you ask, “what about 2015’s Hank Williams biopic I Saw the Light and the 2016 computer-animated fantasy television series Trollhunters? Where do they fit in?” To that I would say, “shut up.”

Anyway, as if to bring balance to the Hiddleston Scales (which have tipped toward the Marvel side of late with the Loki promotional train gathering steam), Deadline today announced that Tommy Hidz will star as the male lead opposite Claire Danes in The Essex Serpent, an upcoming limited series adapted from Sarah Perry’s acclaimed (and somber) 2017 historical novel of the same name.

The Apple TV+ drama will tell the story of newly widowed Cora (Danes) who, having escaped an abusive marriage, relocates from Victorian London to a small rural village, intrigued by a local superstition that a mythical creature known as the Essex Serpent has returned to the area. Hiddleston will play Will Ransome, the trusted leader of the local community. Of course he will.