And Other Literary Film and TV News from this Week

This week in literary film and television news, it was all about two gentlemen—not of Verona, perhaps, but very much of the land where book adaptations are born, wherever that is (California, I suppose). I’m talking about Nicholas Hoult and Kevin Spacey, both of whom have multiple literary film projects in the works. Plus, Bill Clinton is dangling his manuscript in front of every big-deal producer in town, with James Patterson (probably) following demurely behind, and Michelle Dean is turning her stellar reporting into what looks to be stellar television. Otherwise, it’s all war, crime, and murder, writ small and translated large. So: same old, same old.

Apparently, Nicholas Hoult is in “early talks” to star as J.R.R. Tolkien in the forthcoming biopic Tolkien, which will be directed by Dome Karukoski. But wait, I thought Nicholas Hoult was going to play J.D. Salinger? Oh he is? (The proof is below, in the trailer.) And he’s also appearing as Nikola Tesla? I know, Hollywood and all that, but this is really starting to strain credulity.

But hey, this one I definitely believe: Kevin Spacey will be starring as Gore Vidal in Netflix’s new original biopic of the author, entitled Gore. Shooting has already begun in Rome.

Here’s another literary Netflix project: The Angel​ is a thriller based on Uri Bar-Joseph’s bestselling The Angel: The Egyptian Spy Who Saved Israel, which tells the story of Ashraf Marwan. The film will be directed by Ariel Vromen, who told Variety, “I am honored to be working with this great cast, and I look forward to bringing Ashraf Marwan’s incredible story to a global audience. This is the story of a man who sacrificed his life for the greater good of peace between Israel and Egypt, a peace which has lasted for over 40 years.”

Apparently, Bill Clinton and James Patterson are hanging out in Hollywood this week, taking meetings with the likes of J.J. Abrams, Steven Spielberg and George Clooney to discuss film rights to their co-written novel The President Is Missing, which hits shelves next summer. If you want to entertain yourself for the rest of the day, just spend some time imagining—really imagining—these meetings. You’re welcome.

Tom Hardy is set to produce and star in My War Gone By, I Miss It So, an adaptation of Anthony Loyd’s 1999 book about his experiences in the Bosnian War. “My War Gone By is a brutal yet sensitive story which addresses both the nature of addiction and the experience of war,” Hardy told Variety. “I was struck by Anthony’s work and words, experiences, and for me his is an important voice and an important book.”

Do we still consider James Bond to be a literary property in this the year of our lord 2017? Do you even remember the words Ian Fleming? If so, know that 007 will be returning to the big screen in 2019. If not, please ignore this message.

Very exciting news: Michelle Dean and Nick Antosca are working on a true-crime anthology series for Hulu. The first episode will be based on Dean’s amazing, much-shared 2016 piece “Dee Dee Wanted Her Daughter To Be Sick, Gypsy Wanted Her Mom To Be Murdered.”

An adaptation of Jenny Han’s To All the Boys I’ve Loved Before, starring Lana Condor, is now filming in Vancouver.

And now, as promised, the trailer for Rebel in the Rye, the new biopic of J.D. Salinger directed by Danny Strong (a.k.a. Jonathan), starring Nicholas Hoult and Kevin Spacey:

Is It Still Possible to Satirize America? 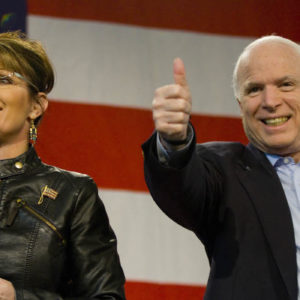 DAY ONE When I saw Sarah Palin speak at the Republican National Convention, the hair on the back of my neck stood up. I had thought...
© LitHub
Back to top