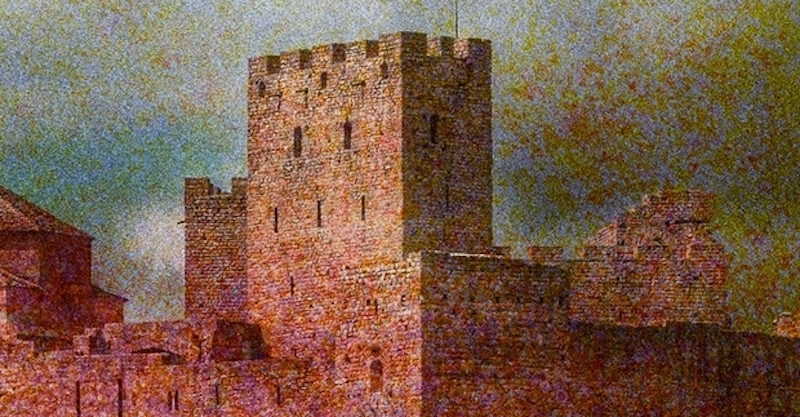 Tolerance and Islamophobia in 16th-Century Spain, Not So Different from Now

As a writer who has written a lot of non-fiction in my time, I often find myself asking the questions that fiction writers seek to ask about the “real” people and events I’ve written about. What did Philip II of Spain actually think about when he was alone in the study where he ruled over his vast empire? What did Sofia Perovskaya and her lover Andrei Zheliabov, the leading members of the terrorist cell that killed Alexander II, say to each other in bed on the eve of the assassination? What was going through William Tecumseh Sherman’s mind when he had his nervous breakdown in Kentucky?

Such questions aren’t always possible to answer from the material you actually have in front of you, and the discipline of history demands—rightly—that you concentrate on what is known rather than what is imagined, which means that speculation must remain a private indulgence.

I often found myself speculating when researching my book Blood and Faith: The Purging of Muslim Spain about the persecution and expulsion of the 16th

-century Muslim Converts to Christianity known as Moriscos. Much of the story of the Moriscos comes from Inquisition documents, minutes of Council of State meetings, and 17th-century Spanish texts celebrating the expulsion. Sources in which Moriscos speak for themselves are quite thin on the ground, and much of the contemporary detail about them comes from hostile Christian accounts.

The 1609-14 expulsion produced a tranche of books written mostly by priests and monks, that celebrated the expulsion and explained to their readers why it was essential. Such writings frequently engage in the process known as “Othering” in their depiction of the Moriscos as a monolithic minority of heretics who were culturally and ethnically alien to Christian society. Even Cervantes was not immune to these tendencies. His depiction of the Moriscos in Dialogue of the Dogs is steeped in Christian anti-Morisco prejudices, such as his insistence that “It would take a miracle to find a single man among so many [Moriscos] who truly believes in the Holy Christian laws; their sole intent is to make money and hoard what they make.”

While writing Blood and Faith, it was difficult not to notice certain similarities between the representations of the Moriscos as a collective enemy and the 21st-century framing of Muslims in extremist and even in mainstream discourse. Of course the contemporary hallmarks of the Muslim Other are based on different premises. Today those who depict Muslims as the inveterate enemies of democracy, liberalism or modernity do not generally insist that Muslims transmit their faith and culture “in their blood.” On the contrary, contemporary anti-Muslim discourse often insists that it is not racist, but “only” directed against a religion rather than its members.

Nevertheless the willingness to imagine Muslims as collectively hostile, violent, backward and ultimately incompatible with “us” is not entirely removed from the representations of Moriscos in a 16th

Even within these very different parameters, there was a more “tolerant” school of thought within Spanish society that did not advocate the persecution of the Moriscos or their expulsion. In The Devils of Cardona, these polarities are represented by the Inquisitor Mercader and the Countess of Cardona. Mercader is an ambitious and devout Inquisitor, for whom the persecution of the Moriscos is both a route to his own advancement and also a religious duty. His attitudes towards the Moriscos contain many of the assumptions of the anti-Morisco lobbyists of his day: they are heretics, liars and deceivers, pretending to be Christians while secretly or even openly worshipping as Muslims and plotting the downfall of Christianity.

His opponent—and the principal obstacle to his attempts to extirpate the Morisco heresy in Belamar de la Sierra—is the Countess of Cardona. The actual Cardona is a town in Catalonia, not Aragon, but I named the Countess as a tribute to the Duchess of Cardona, who wrote a letter to King Philip III in 1610 protesting the expulsion of Moriscos from her estates near Malaga. In it the Duchess asked the king to take pity on old people, sick people and children, and she also drew the king’s attention to the intermarriages between Moriscos and Christians, and pointed out that many Moriscos were not heretics, but were “well indoctrinated and instructed in matters of faith.”

As far as we know, this petition was ignored, like many others. Philip and his ministers were always distrustful of the Christian lords of Aragon and Valencia, who they believed were acting out of economic self-interest in protecting their Morisco vassals from the Inquisition rather than defending the interests of the faith.

Such accusations were not entirely false. But the tolerance of Islam shown by Aragonese Christian landowners sometimes went beyond self-interest. There were even Christian lords who permitted the construction of mosques on their estates long after they had been banned. Some lords refused to allow the Inquisition to enter their estates, as the Countess of Cardona does when faced with Mercader’s demands. Such confrontations were quite frequent in Aragon, which never fully accepted the authority of the Inquisition.

In the spectrum of 16th-century tolerance, the Countess of Cardona represents the paternalist tradition set by the first Archbishop of Granada, Hernando de Talavera, who argued that the Moriscos could be won over to Catholicism by gentleness and peaceful proselytising. The Licenciado Mendoza comes from a similar tradition. I named him in honor of Iñigo López de Mendoza, a scion of the Mendoza family, one of the great dynasties of Renaissance Spain, and the captain-general of Granada in the mid-16th century.

The Mendozas were often critical of the repression of the Moriscos in Granada, and López de Mendoza was particularly outspoken in his condemnation of King Philip II’s draconian decree in 1566, which set out to eradicate every manifestation of Morisco cultural difference in Granada, from their language, their “Moorish” clothes or their proclivity for bathing. Mendoza warned that these efforts would produce a rebellion, and he was entirely correct. When rebellion broke out, he nevertheless played his part in suppressing it, as a soldier and a loyal servant of the Crown.

The Licenciado Mendoza is cut from similar cloth. I imagined him much as I imagined the Mendoza governors of Granada: rigorous, fair-minded and loyal to the Crown, but also pragmatic, reasonable, and willing to place the broader interests of society and justice above the defense of the faith. Some critics of my novel—and of Blood and Faith—have accused me of imposing 21st-century notions onto 16th-century Spain. Yet in terms of the treatment of the Moriscos, there was a genuine debate between the more hardline advocates of repression and persecution, and those who did not want the longterm presence of Islam in Spain but were nevertheless able to separate questions of culture, religion and political loyalty to find space for the Moriscos.

All these different forces are present in my novel. And just as I wanted to show that there were many different kinds of Christians, I also wanted to show that Moriscos were far more varied than they were made out to be by their enemies. There were those who plotted against the state, such as the woodcarver Vicente Péris. There were those who continued to worship as Muslims but remained loyal to the state, and who inhabited the same intellectual world as Christians, like the Mayor of Belamar. There were feckless Moriscos like the smuggler del Rio, who tried, like Christians, to be pious for the sake of their souls, and sometimes fell short. There were also those who tried to get on with their lives as best they could on the margins of a society that regarded them with suspicion and which sometimes actively despised them.

Mendoza’s investigation in Aragon is based very loosely on an obscure episode that took place in Ribagorza in upper Aragon between 1585-90, when agents of the Crown fomented a vicious war between Christian “mountain-men” and the Morisco vassals of the Count of Ribagorza in order to acquire Ribagorza for Castile. That war was far more violent than the scenario that unfolds in my novel.

Despite the political machinations behind it, the Ribagorza “crusade,” like the expulsion of the Moriscos that took place two decades later, was a product of bigotry, fear and prejudice, in which a powerful “Old Christian” majority came to regard a largely defenseless and inoffensive minority as a dangerous “enemy within” that threatened its own existence.

Today, there are those—Muslims and non-Muslims—who also reject the possibility of coexistence and see only a collective Other to be removed, repressed or relentlessly fought. If there is no shortage of potential Mercaders, there are also Mendozas and Cardonas, because such people can be found in different guises in every society and every historical period, no matter how distant such societies may seem to our own, and sometimes if we look back on them it is possible to see what we might become.

Matthew Carr’s debut novel, The Devils of Cardona, is available now from Riverhead.

Matthew Carr is a writer, journalist, blogger and author of several books of nonfiction, including Blood and Faith:The Purging of Muslim Spain. He has written for a variety of publications, including The New York Times, The Observer, The Guardian and others. He lives in the United Kingdom with his family. The Devils of Cardona, his first novel, is now out in paperback. 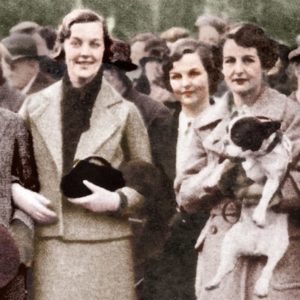 Nancy Mitford was one of the Bright Young Things—a carefree gang of  upper-class creatures who partied and  shrieked...
© LitHub
Back to top