CENTAUR
The boy caught sight of the animal as it grazed in a cover of grasses. It was a bright morning in the story of time. It might have been yesterday or thousands of years ago. The boy caught his breath. Never had he seen, or even dreamed, of such a creature. Latent, it seemed a work of art, a statue or a painting on a cave wall, perhaps. It was equal to the far reach of the boy’s wonder. The boy shouted in pure delight, and the animal erupted in motion. It ran at great speed, and the strength that informed its whole body was under perfect control. Light rippled on its flanks, its blue-black hooves struck like rapid drumbeats on the earth, and its chiseled head lunged like the point of a spear into the crystal air. Tears came to the boy’s eyes, and in his mind there came a conviction that he could barely express: We belong to each other, this creature and I.

THE SPEECH
The words he spoke were few and for a time forgotten. When they were written down and published they were seen to be of profound merit. They expressed sentiments that were hidden in the hearts of men and women throughout the country, indeed throughout the world. They were committed to memory and recited even by children who did not entirely understand their meaning. They acquired the spirit of great literature. They became immortal. Had they not been preserved in writing, it is perhaps of no matter. They would surely have drifted like a swarm into the air and have been forever within our hearing in times of need.

TO SPEAK OF NOTHING
It is a serious thing, nothing.
The notion confounds the mind
As wind confounds the sea.
A woman fixes words to a miracle,
A man describes himself to God.
The syllables amount to something,
But they are nothing to speak of. 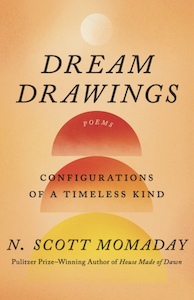 N. Scott Momaday was born in 1934 in Lawton, Oklahoma. An internationally renowned poet, novelist, artist, teacher, and storyteller, his accomplishments in literature, scholarship, and the arts have established him as an enduring American master. He is the recipient of numerous awards and honors that include the Pulitzer Prize, a National Medal of Arts, the Anisfield-Wolf Book Award for Lifetime Achievement, and the Ken Burns American Heritage Prize. He lives in New Mexico.
Share: 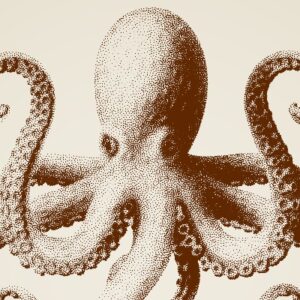 Lessons Learned from a Year Listening to the Fictional Octopus in My Head I can pinpoint the day when my brain was officially infiltrated by a fictional octopus. Early in the pandemic lockdown,...
© LitHub
Back to top
Loading Comments...