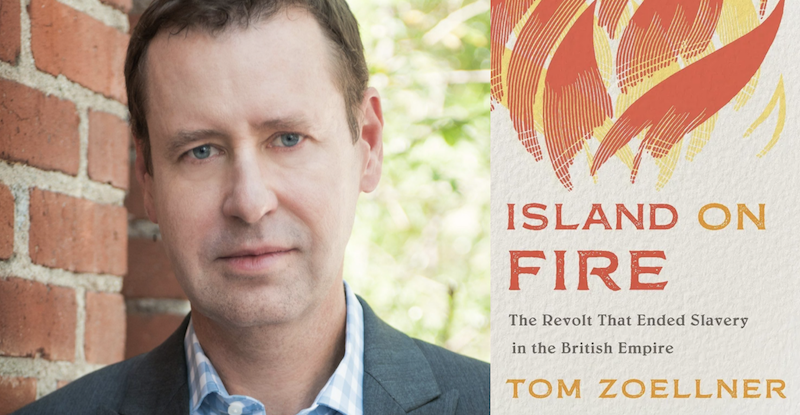 Carlin Romano on One of the Finalists for Nonfiction

Island on Fire: The Revolt that Ended Slavery in the British Empire by Tom Zoellner (Harvard University Press)

Even during the pandemic, cable-tv watchers get a steady dose of commercials inviting them to thrill to the inclusive resorts of northwestern Jamaica, the sybaritic fun and games of Montego Bay, the pleasures of Sandals, Couples, Secrets and other playpens that employ roughly a quarter of the country’s workers.

Few whites who vacation there know the ugly origins of the island’s hedonism. Only those who venture into the town, or up into the wooded hills, will find markers of a long-ago Jamaica, a British colony where roughly 30,000 whites dominated more than 300,000 enslaved Black people in a debased, decadent, sex-and-sugar-driven plantation culture described by one contemporary writer as the “Dunghill of the Universe.”

Tom Zoellner, politics editor of the Los Angeles Review of Books, writes in Island of Fire about the Jamaican slave revolt of 1831-32. It lasted just five weeks until brutally suppressed by British troops and colonial militias, but nonetheless sped the 1838 abolition of slavery in the British Empire. Zoellner appears to have read everything available about what the locals called the Christmas Rebellion. The result is a nuanced, textured, readable history that rightly gives the enslaved Jamaicans of 1831 their rightful place of honor in history, and reminds us of both the outrages and subtleties of colonial slave culture.

Far more has been written about Toussaint Louverture’s Haitian revolution and Nat Turner’s revolt, also in 1831, than about the Jamaican uprising. Zoellner therefore wisely takes nothing for granted, offering a comprehensive account. He provides a detailed description of Jamaican society and the state of British abolitionism before, during and after the revolt. He pulls together as full a blow-by-blow account as possible of the actual rebellion, with its burnings of some 145 estate houses across 70 miles of northwestern Jamaica, given the incomplete sources available and their weighting on the side of the white colonists. He zeroes in with surgical precision on almost every aspect of the uprising necessary to understand it: the vicious treatment of enslaved Blacks by the white colonials, but with “unpredictable alliances and rivalries” among them; the Jamaican journalism of the time, divided in its loyalties; the role of Protestant missionaries; the corrupt power of the West Indian planters in Britain’s Parliament; and the “sugar abstinence” movement that helped turn the British public against slavery.

Zoellner’s hero is Samuel Sharpe, an educated and inspirational enslaved Baptist deacon whose goal as leader of the rebellion “was not to overthrow white rule, but only to end the practice of forced labor.” Sharpe declared that “life was not to be sacrificed, except in self-defense,” but the revolt evolved into violence anyway. By the time British troops and colonial militias defeated it, they’d killed 200 rebels and executed 340 more, including Sharpe. The British hanged him on a Montego Bay square after he declared, “I would rather die upon yonder gallows than live in slavery.” Zoellner extols him as a forerunner of Martin Luther King Jr. and Gandhi, and notes, in support of that judgment, that those enslaved, by the best estimates, killed only 14 whites. Today the “Rt. Excellent” Samuel Sharpe’s image appears on the Jamaican $50 bill.

Many 21st-century white tourists and sybarites identify Jamaica with its adults-only resorts and fine beaches. Music lovers think of Bob Marley and reggae. Those who read Island on Fire should also turn to Marlon James’s superb novel, The Book of Night Women (2009), which brings the slave culture Zoellner dissects to vivid, excruciating life. Readers of either book will have a hard time ever seeing the island from a single angle again, knowing the tragedies that occurred there.

Carlin Romano, author of America the Philosophical (Alfred A. Knopf/Vintage) and a former NBCC President, teaches media theory and philosophy at the University of Pennsylvania. 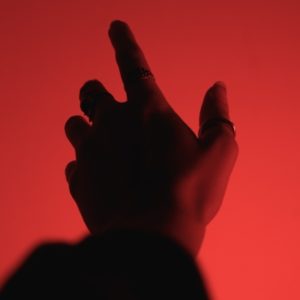 Catalina Baylor is the titular Prime of House Baylor, where she and her crew, including her dangerous cousin Leon, engage...
© LitHub
Back to top