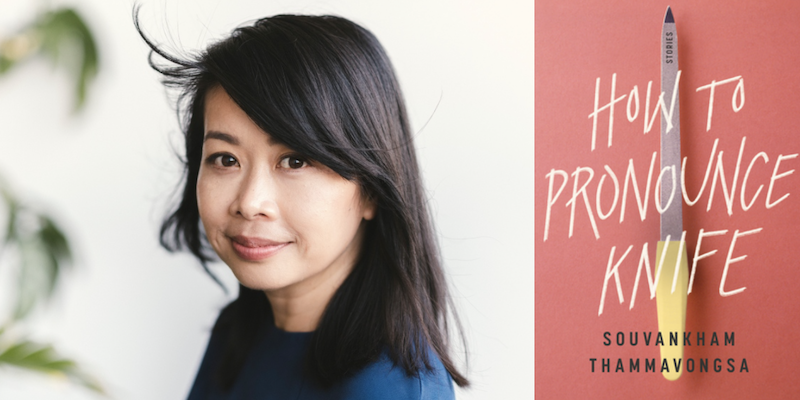 David Varno on One of the Finalists for Fiction

How to Pronounce Knife by Souvankham Thammavongsa (Little, Brown)

Canadian poet Thammavongsa, born in Thailand and the daughter of Laotian refugees, makes her fiction debut with this Giller Prize-winning collection, following two decades of acclaimed poetry (most recently Cluster).

The stories often read like poetry, with their close attention to language—the ways words are pronounced and what is meant by them, such as character’s “Yes, sir” to his coworkers, which really means “Fuck you!”—and to sounds. There’s the “Eek. Eek. Eek” of windshield wipers, and the “Ewwrrrkk” said to arise from a girl’s parted legs at the first sound of a boy’s “I love you,” like a “door opening on rusty hinges.” All the stories wield intense emotional power, and their devastating denouements cut deep, like something a bit sharper than the nail file on the book’s cover.

The action is often centered on workplace or the home, and the arrangements in both places often feel tenuous and desperate to the characters, most of whom belong to the Laotian diaspora. “He talked like he had to tell me everything now because we’d never see each other again,” says the narrator of “A Far Distant Thing” about her father, describing what it was like when she was a child and he worked in a nail polish factory. In “Paris,” a woman named Red works at a chicken processing plant, and Red observes her co-workers’ narrow prospects for advancement. A retired boxer becomes the star pedicurist in his sister’s salon in “Mani Pedi” and earns the most tips despite his sloppy work, prompting his sister to bemoan the gender bias among their mostly female customers. Most unjust, perhaps, is the treatment of a day laborer mother who picks worms for live bait. She’s the best picker on the crew, but after her daughter’s school friend tries out the job, her livelihood is threatened by the boss’s thoughtless and biased personnel decisions. Thammavongsa brings rich details to the various types of jobs her characters do, tracing how they hold onto their dignity despite unfair situations and grueling work.

The Laotian families’ ambivalence toward assimilation is often observed and absorbed by the children. In the title story, an elementary school student defies her teacher’s attempt at correcting her pronunciation of a word after learning a different way from her father, who instructs her not to tell anyone they’re from Laos despite his wearing a sweatshirt bearing the country’s name. In “Chick-A-Cheee,” a pair of siblings revel in their success at trick-or-treating with strangers who are charmed by the way they say it, and in “Randy Travis,” one of the best in Thammavongsa’s blistering set, a mother becomes obsessed with the country singer and takes to dressing like Dolly Parton, “thinking this was the kind of woman he’d want,” which causes tension with her husband.

Throughout, Thammavongsa ends her stories with the raw, painful sentiment of a Cheever story without ever going maudlin or twee, tracing the characters’ grit, stubbornness, and resignation with humor, empathy, and love. Her art is shaped by well-honed craft, but the stories never feel like a gimmick or a game. They’re both familiar and new, and completely genuine. I’ve read this collection three times already, and will keep it on my shelf forever.

David Varno is the president of the National Book Critics Circle. 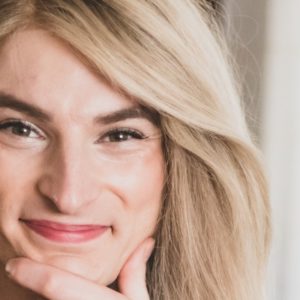 In this week’s episode, Kendra, Jaclyn, and special guest Rosemary Ketchum talk about books written by trans women and femmes. From...
© LitHub
Back to top