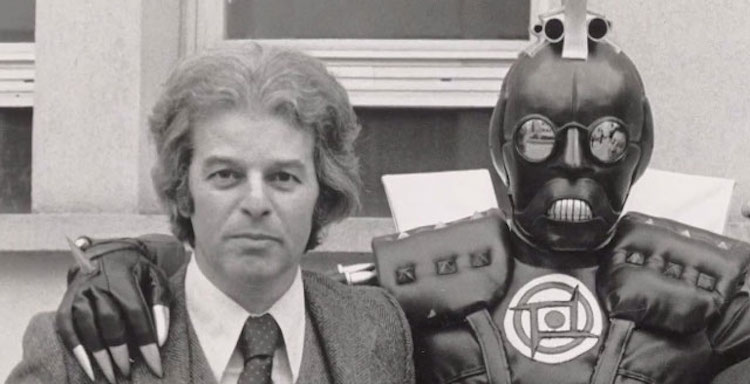 This Dune concept art book kerfuffle is a case of “NFT brain.”

Hope may have clouded observation in one of the biggest mistakes made this weekend: an anonymous NFT group purchased a rare copy of Alejandro Jodorowsky’s concept art book for his unproduced adaptation of Dune at auction. The group, which calls themselves Spice DAO (decentralized autonomous organization), bought the copy for over one hundred times its low estimate: its low estimate was 25,000 euro, and Spice DAO bought the book for 2,660,000 euro. Why would they do this? Because they thought buying a copy of the book would mean they also owned the copyright.

This embarrassing mistake was made public by Spice DAO themselves, when they tweeted their mission: to “make the book public (to the extent permitted by law),” to “produce an original animated limited series inspired by the book and sell it to a streaming service,” and to “support derivative copies from the community.” They also planned to sell NFTs of parts of the book, then burn the physical copy.

1. Make the book public (to the extent permitted by law)

2. Produce an original animated limited series inspired by the book and sell it to a streaming service

A few problems here. What Spice DAO bought was a copy of Jodorowsky’s Dune book. Just as when I buy a copy of Luster online, I can’t make my own television series based on it, Spice DAO doesn’t have the rights to produce content based on the book they bought. They could have gotten confused because the book is rare—only ten copies are thought to exist—but even rare book collectors are purchasing the objects themselves, which have value due to their rarity and particular attributes.

Plus, Spice DAO said they wanted to make the book public—but Twitter quickly pointed out that it already is, available to view online for free.

My diagnosis: this is a case of NFT brain leaking into other spaces. Because NFTs are so new and so customizable, there’s been some confusion about whether purchasing a given NFT means you own the copyright to the purchased object, or whether you simply own that digital object. (Usually it’s the latter.) Spice DAO worked that confusion back into the physical realm and made a three-million-dollar mistake. Talk about a mind-killer.