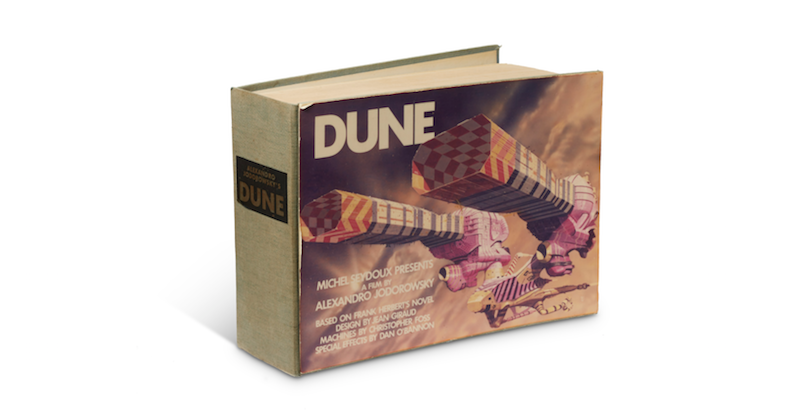 Who will buy the extremely rare concept art book for Jorodowsky’s unproduced Dune?

Now we have Villaneuve’s Dune, and we have Lynch’s Dune, but both are very different from the Dune we could have had if movie studios found some extra money to play with in the 1970s. Director Alejandro Jodorowsky began to adapt Dune in 1974 and spent two and a half years in development before the project was ended due to lack of funding. (It’s not his fault, but Salvador Dalí was going to receive $100,000 per hour to play The Emperor, as he wanted to be the highest-paid actor in history. They worked it out so he would only appear onscreen for 3 to 5 minutes—but the point is, this was not a project of economy.)

We never got to see Jodorowsky’s Dune—though there is Jodorowsky’s Dune, a documentary about the project—but when in talks with studios, Jodorowsky presented a book of extensive concept art, which included a huge collection of set and character designs and a storyboard of the entire film drawn by popular French comic artist Jean “Moebius” Giraud. The team only made between ten and twenty copies of these books, and copies have never been made available to the public—but now, Christie’s is auctioning off one of the ultra-rare concept art books, officially titled Michel Seydoux Presents Alejandro Jodorowsky’s Dune from Frank Herbert’s Novel. (This copy is numbered 5 on the lower backplate.)

The auction goes live on November 22nd. Christie’s has estimated the price of Michel Seydoux Presents Alejandro Jodorowsky’s Dune from Frank Herbert’s Novel (MSPAJDFFHN? could this catch on?) at between 25,000 and 35,000 euros—so consider heading over to the auction website if you’re a Dune enthusiast with money to spare. It’s still less than Salvador Dalí’s hourly rate. 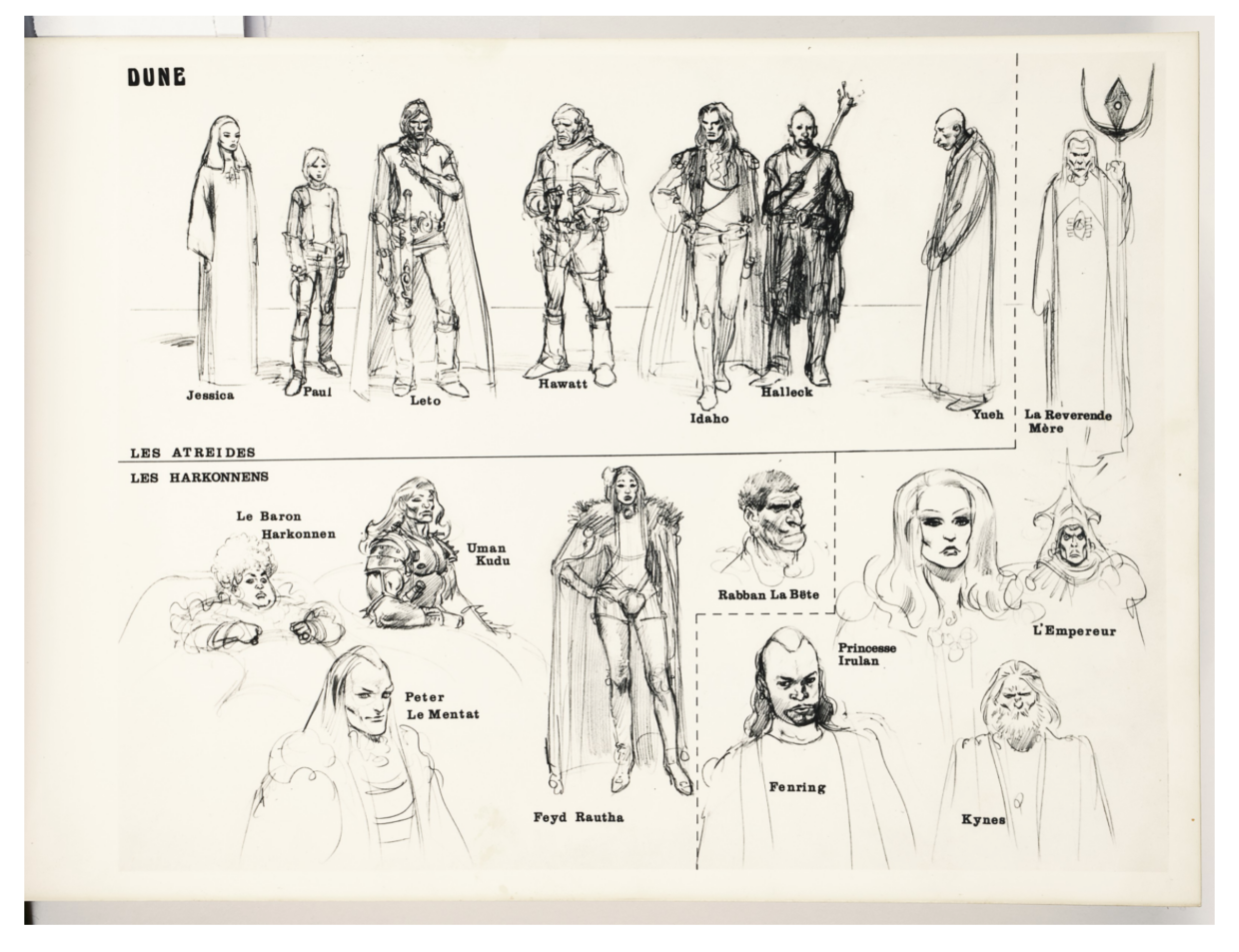 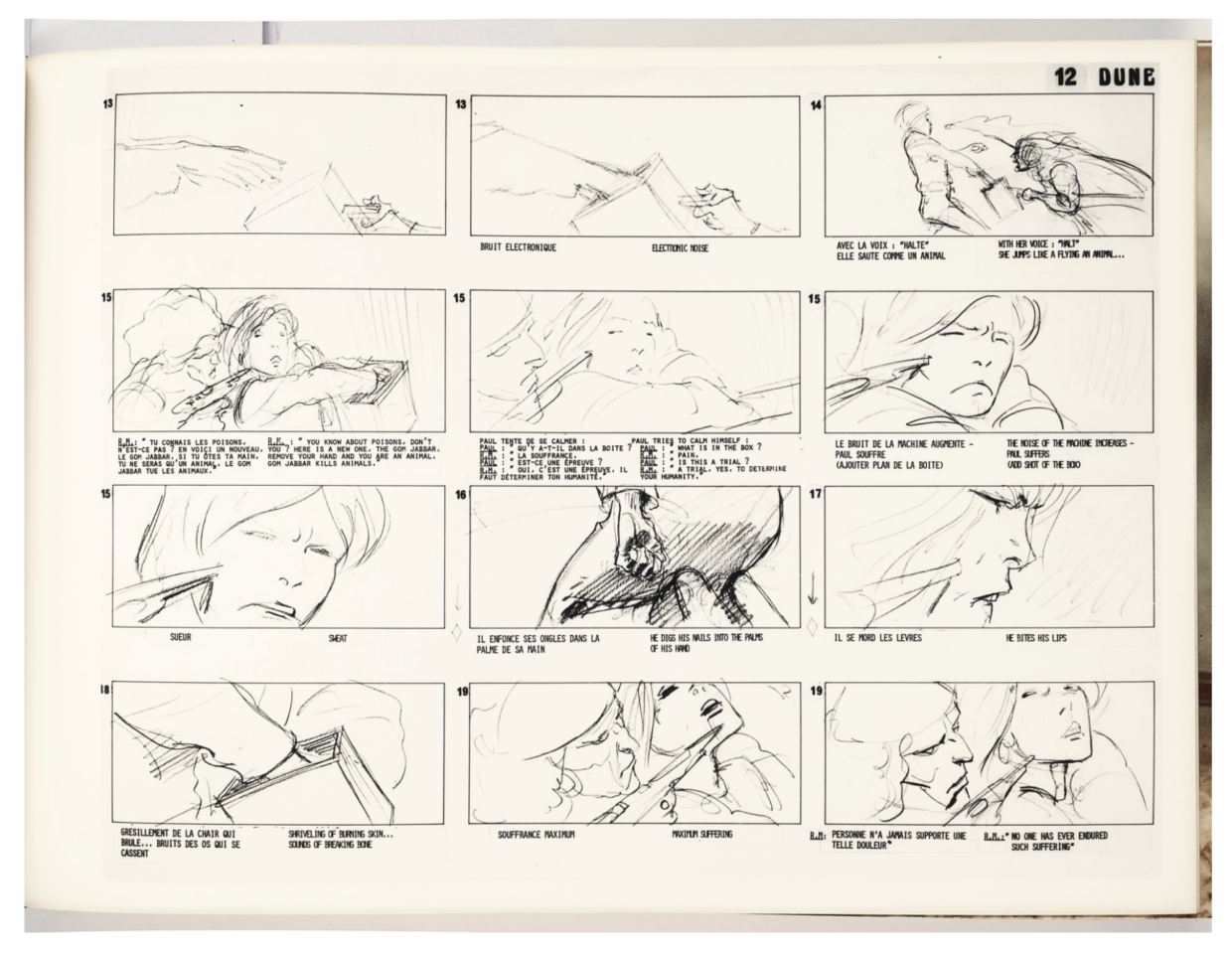 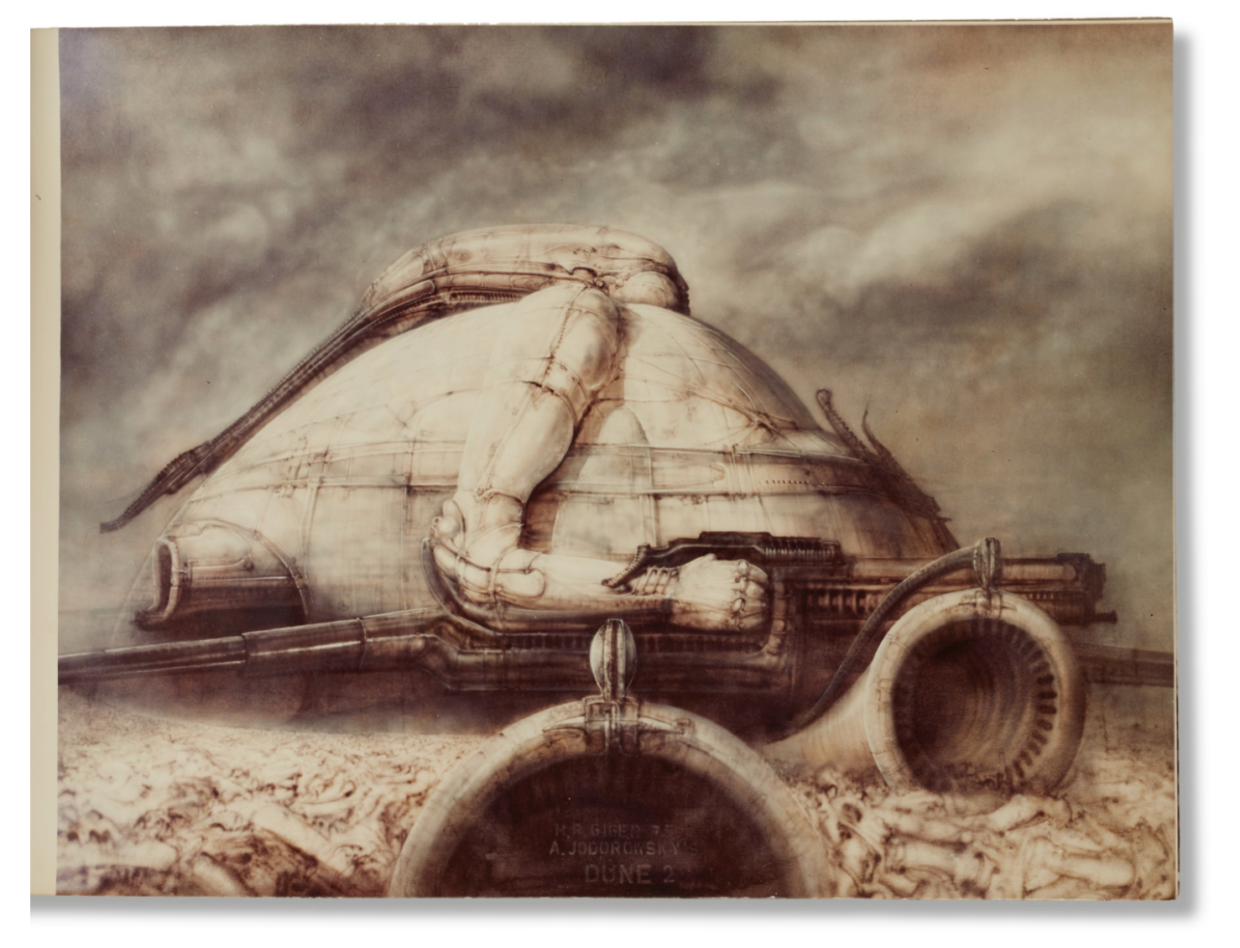 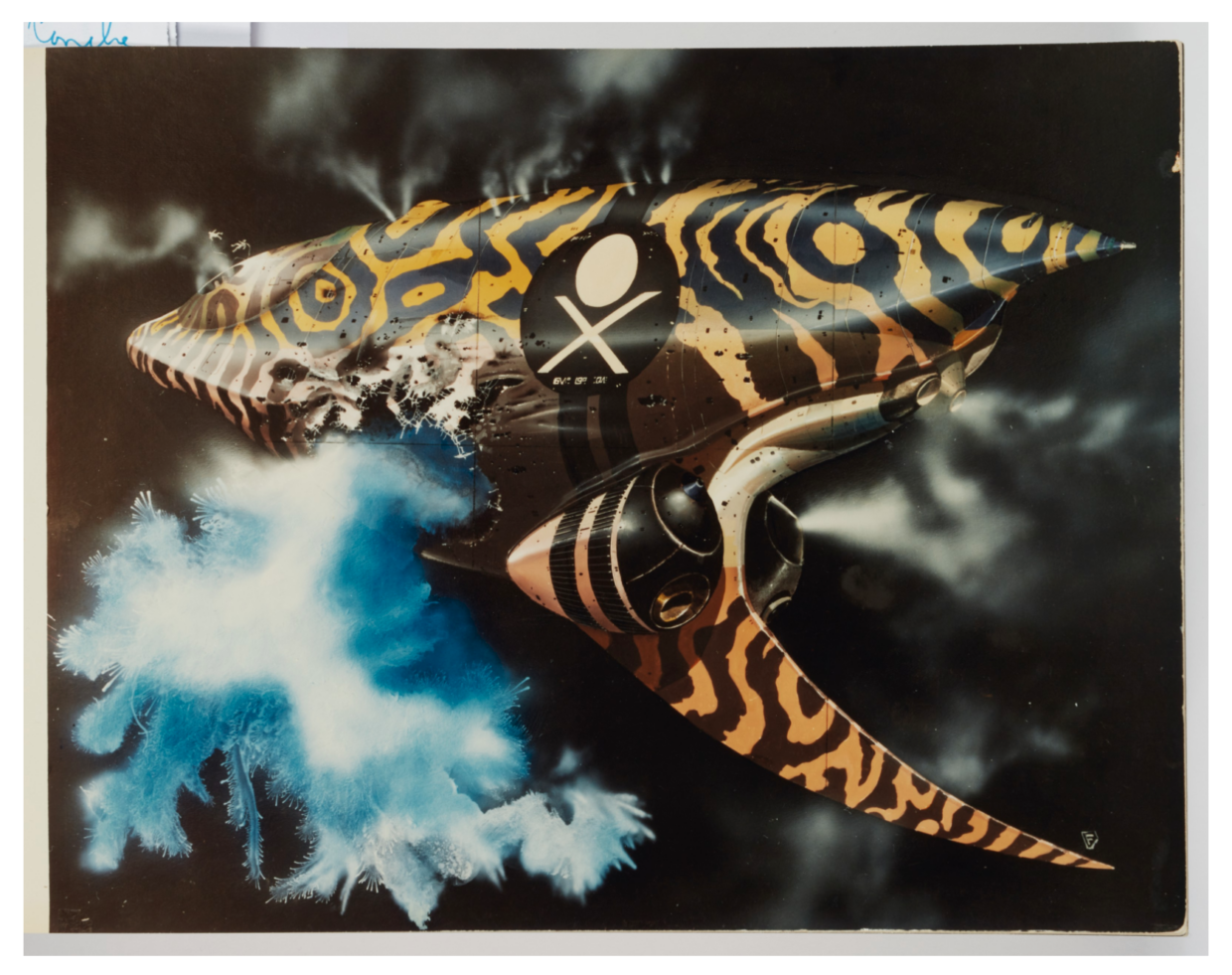 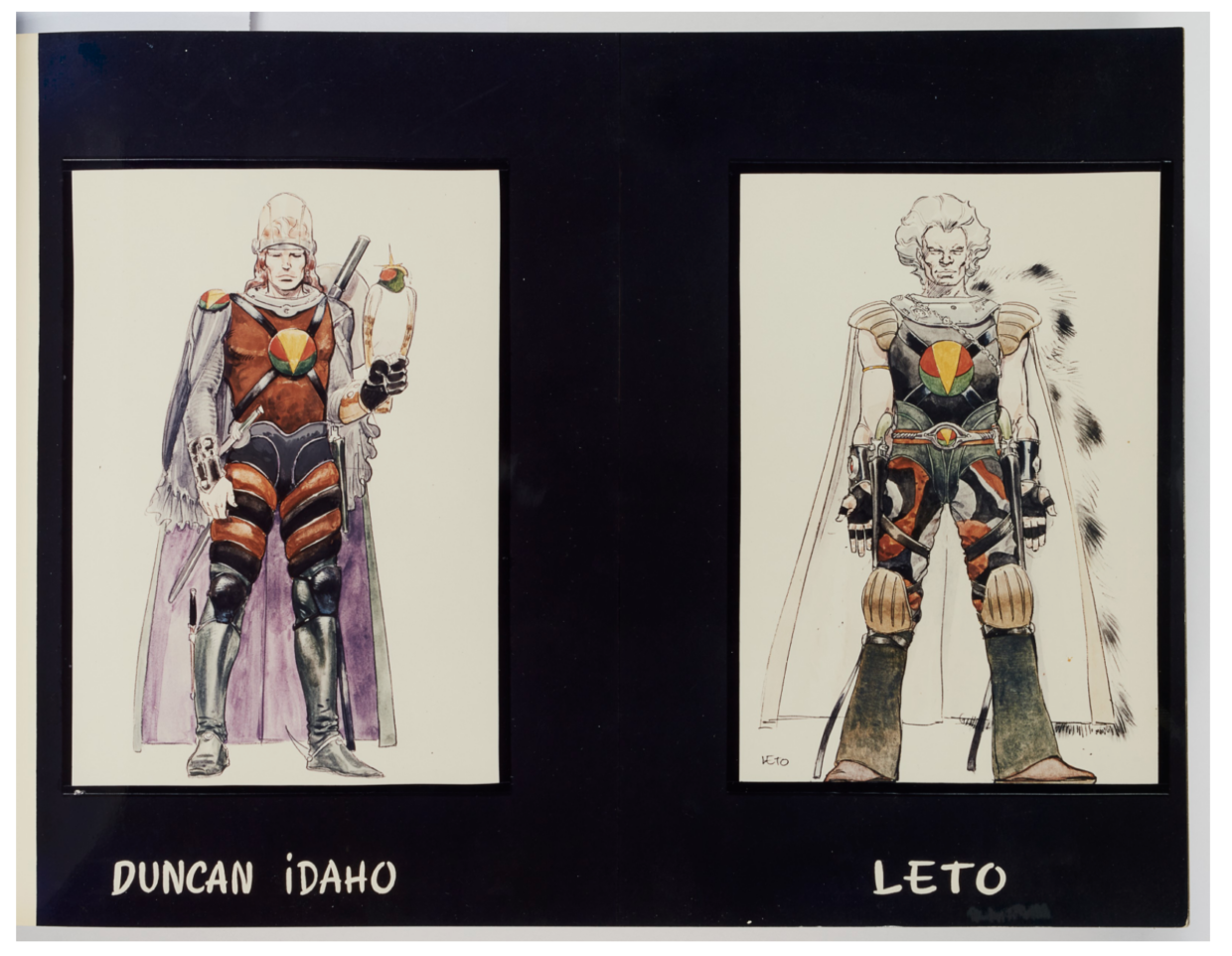 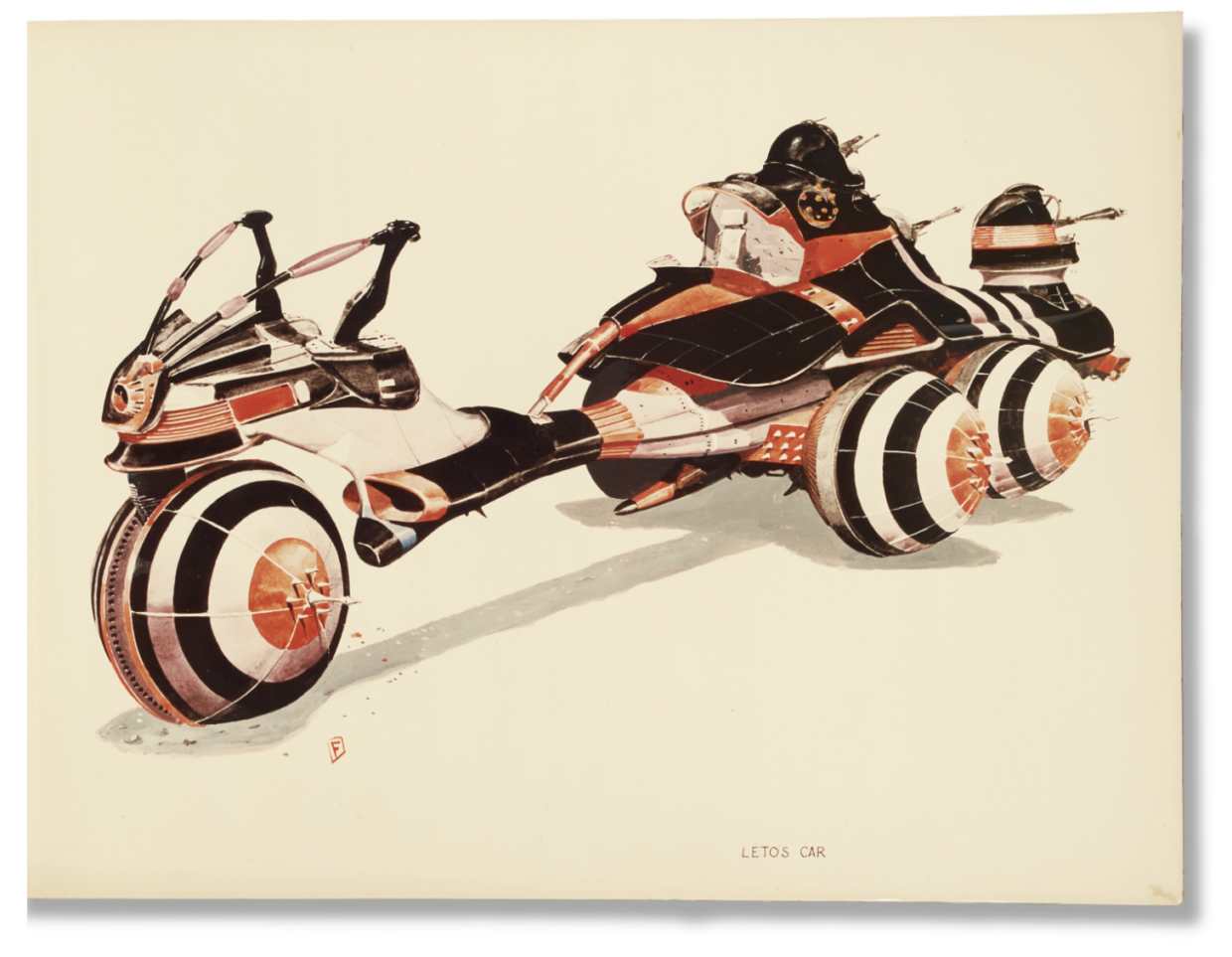