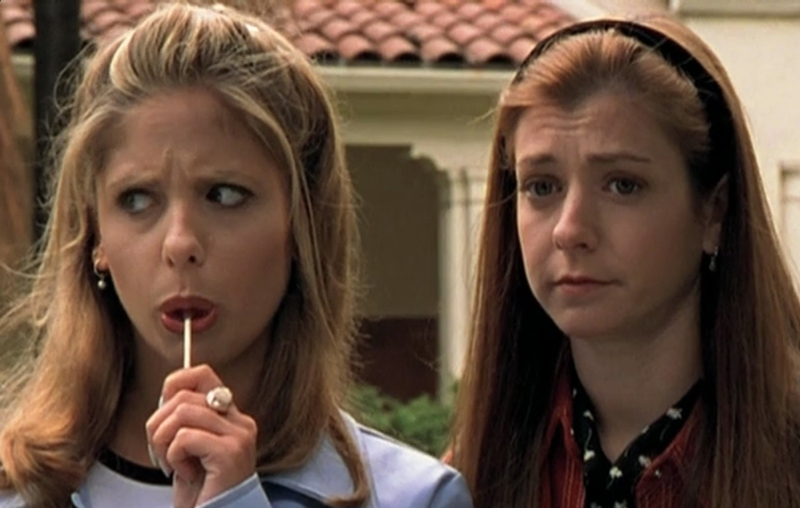 There’s a new Buffy the Vampire Slayer sequel coming, but will it be any good?

Into every generation, a remake is born.

Today I learned that in January 2022—just ahead of the 25th anniversary of the show’s premiere—Disney Hyperion will publish the first novel in a new YA trilogy set in the Buffy the Vampire Slayer universe. In Every Generation was written by Kendare Blake, the New York Times-bestselling author of the Three Dark Crowns series.

Of course, there are already plenty of novels (and novelizations) set in the Buffyverse, though as far as I know, none of them are considered canon. There is already a canonical sequel, however, in the form of a series of Dark Horse comics, all written and/or executive produced by Joss Whedon, which gave us Season 8 through (the very short) Season 12, plus a couple of spinoffs (most notably Fray). But now that Disney owns Fox, and all its legacy shows, it’s looking for ways to recycle that juicy, vintage IP. You can’t really blame them for starting with Buffy, which is widely adored, even by certain grouchy adult snobs, and despite Joss Whedon’s withering reputation.

But on to the new book itself. In Every Generation is a sequel to, I guess, the original show. Here’s the official synopsis:

Frankie Rosenberg is passionate about the environment, a sophomore at New Sunnydale High School, and the daughter of the most powerful witch in Sunnydale history. Her mom, Willow, is slowly teaching her magic on the condition that she use it to better the world. But Frankie’s happily quiet life is upended when new girl Hailey shows up with news that the annual Slayer convention has been the target of an attack, and all the Slayers—including Buffy, Faith, and Hailey’s older sister Vi—might be dead. That means it’s time for this generation’s Slayer to be born. But being the first ever Slayer-Witch means learning how to wield a stake while trying to control her budding powers. With the help of Hailey, a werewolf named Jake, and a hot but nerdy sage demon, Frankie must become the Slayer, prevent the Hellmouth from opening again, and find out what happened to her Aunt Buffy, before she’s next. Get ready for a whole new story within the world of Buffy!

That seems okay, plot-wise (there was always going to have to be some creative finagling after the Slayer market blew up there at the end), and Frankie is a pretty solid name for Willow’s daughter, but will this trilogy actually be . . . any good? The show, after all, is a lot to live up to. (It’s not that Buffy is perfect, but it’s perfect, you know?) And recent attempts to revive cult classics have been mostly unsuccessful, the first two seasons of Fargo notwithstanding.

It will be down to Kendare Blake, who does seem like a good fit, considering her reputation for writing dark and witty YA. “I have been a Buffy fan since the womb, or at least that’s what it feels like,” Blake told Polygon. “Being a fan of Buffy was the whole reason for taking on In Every Generation. I had no choice. You don’t say no to Buffy.” She promised “classic Buffy energy,” and explained, “If you want to visualize the writing of this book, just imagine the iconic scene from Singin’ in the Rain . . . Except instead of Gene Kelly, it’s me, and instead of that wet street with the lamp post, it’s Sunnydale Cemetery full of vampires.”

Well, that’s promising, I admit. We’ll just have to wait and see.