The Women Surrealists Helping Me Through our New Political Reality

Like many creatives after the election, I entered an existential exigency that made me question whether art was worth making anymore. I wasn’t alone. At all of the Resist-oriented events I read at, I would repeatedly hear a young creative state: “I just don’t even see the point to it anymore.” The common denominator was that everything had to be for the Cause now, for the Collective, for the Resistance, so anything personal, intimate, or individual seemed frivolous and self-indulgent.

So, I didn’t create. I couldn’t create. I got active in local organizations, and while I was inspired by the incredible courage and hope the women I worked with exuded, I felt more voiceless than ever before. I became despondent. I left all the groups. I holed up in my house and despaired that the world was going to burn while I watched. But I didn’t know what to do other than live in my head, because that was the one thing I’d been trained to do. Was there no value in the notion of an internal resistance?

And then, when I read about the huge centennial release of Leonora Carrington’s out-of print writings, I remembered a quote from her I had read several years back: “When one is overcome by demoralization and defeat, deeply depressed or on the verge of suicide, that is the time to open one’s Surrealist Survival Kit and enjoy a breath of magical fresh air. To lay out its marvelous contents carefully before you, one by one, to let these objects and images play together and to play with them, is relaxing and soothing as well as exhilarating and reinvigorating. In other words, just what every revolutionist needs.”

While there isn’t a revolution, yet, the strong resistance to the current administration is making a Surrealist Survival Kit more pertinent than ever. The history of Surrealism and political activism is a bit messy, but for the most part they were an anti-Fascist movement whose cry for demanding freedom inspired responses from under represented voices. Among them were numerous female members who created a feminine space filled with reclaimed symbology and deconstructed mythology. In doing so, they laid the groundwork for almost every feminist discussion you can think of.

This was what I was missing: a Woman Surrealist’s Survival kit! While Fascism ran triumphant over Europe during the 30s and 40s, these women (many in exile) were able to confront their vulnerabilities via their art and translate strength to not only themselves but anyone who viewed or read it. By using Surrealist interests and technique—psychoanalysis, Sadeianism, occultism, mythology, memoir, intuition, and games of chance—to pose new questions about gender, sexuality, nationality, and race, they controlled their narrative. In doing so, they were able to answer the riddles of themselves. Maybe they could answer mine.

Fortunately, we are in the middle of a great Woman Surrealist revival. The past decade, especially, has yielded a steady stream of exhibits, biographies, monographs, and collected works from Surrealism’s most prominent and overlooked practitioners, like Mina Loy, Frida Kahlo, Leonor Fini, and Remedios Varo. This year is no different. Not only was there last April’s republication of three books by Leonora Carrington: The Complete Works of Lenora Carrington (The Dorothy Project), Down Below (NYRB Classics), and Milk of Dreams (NYRB Children’s Collection), but also a new biography The Surreal Life of Leonora Carrington by Joanna Moorhead (Virago). Bookending this literary event is the usual academic treatment of the group: a pricey criticism book Mina Loy, Twentieth Century Photography, and Contemporary Woman Poets by Linda A. Kinnahan (Routledge) that came out in March, and the monograph Eileen Agar: Dreaming Oneself Awake by Michel Remy (Reaktion Books) which will be the first study devoted to the Argentinian artist.

So, I started constructing my kit from the Revival. I read books I already owned, and ordered those that seemed to speak more to our times. And here’s what I realized:

First, resistance is expression, and that can take a physical form and an intellectual form. Both are needed; the internal art is just as important as the external as long as they both exist in symbiosis.

Second, political change can’t happen without cultural change. We need to strip it all down, even the reworked fairy tales, folklores, and mythologies the Female Surrealists created and start fresh. While they laid the path to the feminine realm, we have to clear the fields and create new archetypes and symbologies reflecting our progression into intersectionality.

Third, to do that, we have to respect art. We have to give our artists the space to make new space and find their voice within it. If anything is learned from the Women Surrealists, it is that it takes a variety of voices and experiences to make a movement heard beyond itself. It’s only through the arts that we often hear the individual voices that are otherwise lost in history’s white noise.

But that’s just what I got out of my Surrealist Survival Kit. Perhaps your own will give you a different vision or a different comfort. If you aren’t sure where to start,  below are a few that worked for me, and contain some of the most important examples of Art changing the world, one perspective at a time.

(Note: While Leonora Carrington’s work is very much in my Kit, I’ve opted to exclude her to allow for other author’s that aren’t receiving as much buzz right now). 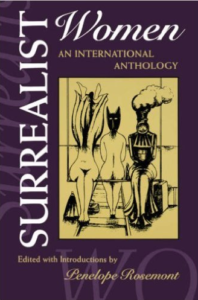 The only anthology devoted solely to women surrealists, it presents about 300 pieces from 96 authors. If that number is surprising, it is because Rosemont casts a wider and more inclusive net of participants within the movement, beginning in 1924 and ending in 1998.

One major highlight is Méret Oppenheim’s 1974 Art Award of the City of Basle acceptance speech: “Nobody Will Give You Freedom, You Have to Take It.” Its almost the exact same conversation we are having today about patriarchal projections. I mean, does this not sound like it could have come out of the Women’s March?: “There were a few voices in the wilderness as early as the 19th century. Now women from all corners of the Earth are raising their voices and rebelling against their despised position, and indication perhaps that feelings, which have been suppressed for so long, are coming to the surface again to take their rightful place in our hearts—on equal footing with reason!”

Suzanne Césaire’s writings is a great example of utilizing the internal for resistance. Full of lyrical wrath wrapped within tropical trappings, the seven essays in this collection shows Women Surrealism (and Surrealism as a whole) at its fullest potential. She exhibits how to wield emotional power to a cataclysmic effect. Her rage will not be tampered by her race or sex, and she and burns the Vichy Government, centuries of Colonialist oppression, and the cultural racism down to the ground, cinder by sentence:  “Here the poets feel their heads capsize, and inhaling the fresh smells of the ravines, they take possession of the wreath of islands . . . and they see tropical flames kindled no longer in the heliconia, in the gerberas, in the hibiscus, in the bougainvillea, in the flame trees, but instead in the hungers, and in the tears, in the hatreds, in the ferocity, that burn in the hollows of the mountains.”

Suzanne advocated for the development of a native West Indies voice by dissecting and reworking Afro-Caribbean stereotypes and Colonialist narratives. With its Marxist sympathies, Surrealism’s call to reinvent old archetypes and myths to break down the establishment appealed to the kind of revolution she and her husband Aimé Césaire envisioned in their magazine Tropique, where these essays originally ran. Her work would go on to influence the Négritude Afro-Surrealist, Antillanité, and Créolité movements. The Césaire’s collective vision for Martinique would become realized when Aimé Césaire became Fort-de-France’ mayor and a deputy in the National French Assembly. He would use that platform to further develop the rights of the island under French rule, including drafting law in the 1947 Constitution of the Fourth Republic that allowed Martinique to become one of the five Overseas Departments of France. 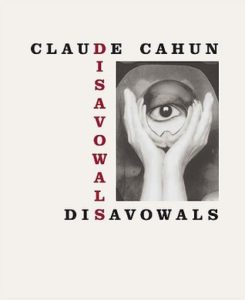 Claude Cahun was Jewish, openly Lesbian, agendered, and (because this all made her a major Nazi target) a member of the French Resistance. These moments of bad-assery were direct products of years of surrealist deconstruction and reconstruction of her own identity. An “adventure” she records in Disavowals.

Cahun termed it a poem-essay, and it is indeed highly aphoristic, disjointed, and gutting. It reads like a poetry slam between Sphinxes. Each chapter deals with a type of morality or vice, and features opening titles with puns disguised as initials, a coda of self-damnation, and a photomontage plate showing Cahun in various androgynous costuming. One statement is negated by another, the point of view is skewered between confession and accusation, there are meditations on mythology like Narcissus and how it is the origin story of society as a whole. Finally, sentimental scenes are soured by realities and chance: “The mother was so unappetizing that the child was offered an aperitif before being served the breast.”

Enigmatic as it is, Disavowals demonstrates how you have to tear yourself down to find your true self. As she writes:  “It’s infuriating that one can only offer what one has, what one is.”

But you are all you have. Once that is realized, there’s no authority in the world that can tear you down again.

Feature image: detail from Leonora Carrington’s The House Opposite (1945).

Selena Chambers' fiction and non-fiction have been nominated for a Pushcart, Best of the Net, Hugo, and two World Fantasy awards. Writing as S. J. Chambers in 2011, she co-authored the critically-acclaimed and best-selling The Steampunk Bible with Jeff VanderMeer (Abrams Image), but has since eschewed the initials. Her debut fiction collection, Calls for Submission, is now available through Pelekinesis. You can find her on Twitter at @basbleuzombie. 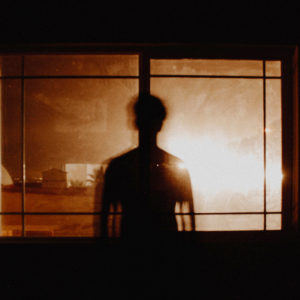