13 Facts About the Ladies in His Life

On this day, February 18, 1895, John Sholto Douglas, better known to us perhaps as the brutish 9th Marquess of Queensberry, arrived at the Albemarle Club, a private members club in the exclusive Mayfair district of London. His intention was to confront one member in particular, Irish poet and playwright Oscar Wilde, who he accused of carrying on with his son, Lord Alfred Douglas. As Wilde was not present that day, Douglas left his calling card; scrawled on the back were the words: “For Oscar Wilde posing somdomite [sic].”

This card became exhibit ‘A’ in the disastrous libel action Wilde launched against Douglas and ensured that, for decades to come, the name Oscar Wilde would be associated with what Lord Alfred Douglas dubbed “the love that dare not speak its name.” Yet, ironically, Wilde’s life and work was shaped by strong, colorful and ambitious women just as much as it was by the men who conspired to bring him down. Here are some rather surprising facts about some of the women he knew.

Standing over six feet tall, with lustrous black hair and “flashing brown eyes,” Oscar’s mother, Jane was considered a great beauty in her youth. She was also a witty and accomplished poet and essayist, and author of several books. For a time, she was the bigger celebrity and Oscar was introduced to audiences as “the son of Lady Jane Wilde.” After her death in 1896, the Virginia Enterprise described Jane as “a brilliant woman who had contributed much to literature and social life in England and Ireland.”

Wilde’s half-sisters, Emily and Mary Wilde died tragically, aged 24 and 22, in a macabre accident that occurred at a Halloween ball on October 31st, 1871. As Emily took a last turn around the dance floor with their host, her wide crinoline dress brushed against embers in the fireplace and caught alight. When Mary rushed to her sister’s aid, her dress caught alight too. Although fellow guests did what they could to save them, both died of their injuries several weeks later. They were mourned by their father William Wilde but it is unlikely that Oscar ever met them.

While Oscar’s father lay dying, his mother permitted a woman, dressed in black and closely veiled, to sit at her husband’s bedside. She never spoke nor lifted her veil to acknowledge his family and they did not acknowledge her. It is likely that she was Emily and Mary’s mother. Later, Oscar wrote: “Not one woman in a thousand would have tolerated her presence, but my mother allowed it, because she knew that my father loved this woman and felt that it must be a joy and a comfort to have her there by his dying bed.”

Oscar’s muse Sarah Bernhardt, the most acclaimed actress of her day, was also an exceptionally accomplished sculptor and exhibited in Paris, London, New York, Philadelphia and Chicago. She used the proceeds of an exhibition in London to buy a cheetah and a wolfhound from the Cross Zoo in Liverpool. She had hoped to purchase two lions and a dwarf elephant as well but contented herself with seven chameleons that were thrown in for free by proprietor, Mr. Cross. Her favourite, “Cross-çi, Cross-ça,” sat on her shoulder and was attached to her lapel by a gold chain.

When socialite and “professional beauty” Lillie Langtry, a great friend of Oscar’s, was dumped by the Prince of Wales, she found herself destitute. Oscar’s housemate, the artist Frank Miles, suggested that she take up gardening but Oscar insisted she try her hand at acting instead. He introduced her to his friend, retired actress and director Henrietta Hodson, who trained her to become a star. By chance, Henrietta was the self-styled “concubine” of Henry Labouchère MP, architect of the Criminal law Amendment Act of 1885, the legislation under which Wilde was prosecuted for gross indecency ten years later.

It’s thought that author Frances Hodgson Burnett’s decision to dress her fictional Little Lord Fauntleroy, and her real life sons, Lionel and Vivien, in little velvet suits with lace collars and allow them to wear their hair long, was influenced by Oscar, who looked resplendent in full aesthetic costume of velvet jacket and knee breeches when he attended a meeting of the Washington Literary Society held in her house in 1882. He charmed her as he did almost every woman he met and praised her work. Her Little Lord Fauntleroy was published to great acclaim four years later.

Oscar’s wife, Constance wrote children’s stories too, many of which were published in popular collections. Although she had nothing approaching her husband’s talent, she was an accomplished and inventive storyteller. In 1889, the Irish Times published a joint review of their latest collections: his The Happy Prince and Other Tales and her There Was Once. The verdict? “Mr. and Mrs. Wilde possess charming children of their own and they have utilized their acquaintance with the infant world in giving to it some delightful fairytales, which even the elders must appreciate.”

Before he married Constance, Oscar was smitten with a beautiful young woman called Florence Balcombe. Their relationship lasted for two years but, as he was an undergraduate at Oxford University, the couple spent little time together. Florence got fed up and married another Dubliner instead, Bram Stoker, author of Dracula. After Bram’s death, Florence won an action against Prana Films, the German company that made Nosferatu, an unauthorized version of Dracula. She was granted £5,000 in royalties along with an undertaking that every copy of Nosferatu would be destroyed. (The above sketch of Balcombe is by Oscar Wilde).

When she was 16, Oscar’s great friend, actress Ellen Terry walked off stage at the Haymarket Theatre in London in order to marry painter George Frederick Watts, who was 46. Her new husband introduced her to several influential men, among them William Ewart Gladstone, Benjamin Disraeli, Robert Browning and Alfred Tennyson, but Ellen preferred playing “Indians and Knights of the Round Table” with Tennyson’s sons, Hallam and Lionel. After ten disastrous months, her family and friends arranged a discreet separation. She described the ending of her marriage as “a natural, almost inevitable, catastrophe.”

In July 1882, Oscar accompanied Julia Ward Howe’s brother, Sam Ward to the Long Island resort of Long Beach where they spent a day on the beach with Alice Pike Barney and her six-year-old daughter, Natalie. Little Natalie remembered Oscar scooping her up onto his knee to tell her, “a wonderful tale.” In adulthood, she ran a vibrant salon in Paris and enjoyed dalliances with two women closely connected with Oscar: his niece, Dolly Wilde, who looked just like him, and poet Olive Custance, who married Oscar’s great love, Lord Alfred Douglas.

Wilde’s The Picture of Dorian Gray was often compared to the novels of Ouida, born Maria Louisa Ramé but always known by her own childhood mispronunciation of her middle name. Her decadent novels celebrated a lush aristocratic existence and her aesthetic style kicked against the fetters imposed by Victorian notions of prudence, rationality and worth. She pioneered a new style of language, studded with witty epigrams, which allowed her characters to indulge in the most subversive behavior imaginable. Although largely forgotten now, she was one of the most successful novelists England has ever produced.

Wilde’s enterprising American agent, Lizzie Marbury, first met him in 1882 at a reception held in his honor during his tour of America. He was holding a cup of tea at the time and endeared himself by offering it to her. Ever the publicist, she realized that his eccentric appearance was “well conceived and of value in stimulating curiosity and in providing copy for the press.” Later, Marbury summed Wilde up perfectly, observing: “His wit scintillated incessantly. His joy in the phrases he compiled was always evident though never offensive.”

During the first week of his year-long tour of America, Wilde was introduced to Jane Tunis Poultney Bigelow, an important figure in the New York literary scene and a woman who made it her business to cultivate the leading writers of the day. Bigelow’s correspondence with Wilkie Collins spanned two decades, and she had developed an interest in Charles Dickens that bordered on an obsession. On one occasion, she was alleged to have knocked an elderly widow unconscious when she had the temerity to visit Dickens at his hotel. She took to Wilde immediately.

Eleanor Fitzsimons is a researcher, writer and journalist who specialises in historical and current feminist issues. She has an MA (first class honours) in Women, Gender and Society from University College Dublin. In 2013 she was awarded the Keats-Shelley Essay Prize and was runner-up for the Biographers' Club Tony Lothian Prize. Her work has been published in a range of newspapers and journals including The Sunday Times, The Guardian, History Today and The Irish Times, and she is a regular radio and television contributor. Her book Wilde's Women was shortlisted for the Tony Lothian Prize in 2014 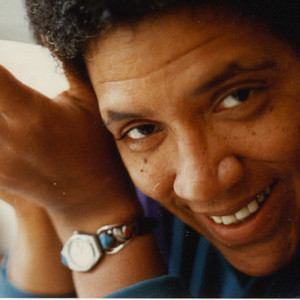