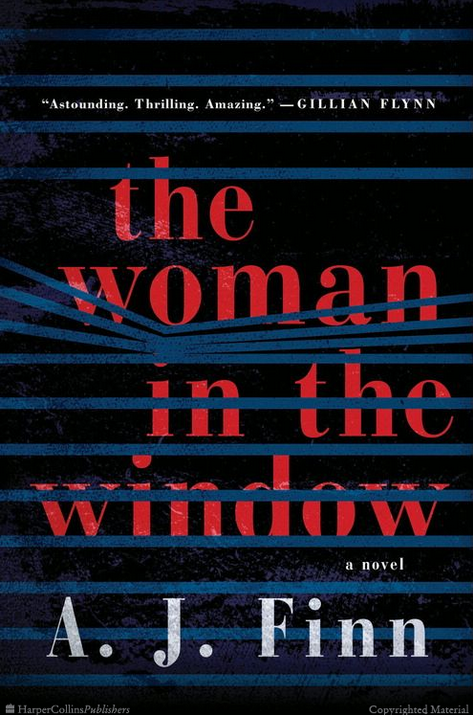 The following is from A.J. Finn’s novel, The Woman in the Window. In this diabolically gripping thriller, no one—and nothing—is what it seems. A smart, sophisticated novel of psychological suspense that recalls the best of Hitchcock. A. J. Finn has written for numerous publications, including the Los Angeles Times, the Washington Post, and the Times Literary Supplement (UK).

But first, duty calls. I swallow my pills, park at my desktop, knock the mouse to one side, enter the password. And log on to the Agora.

At any hour, at all hours, there are at least a few dozen users checked in, a constellation sprawled across the world. Some of them I know by name: Talia from the Bay Area; Phil in Boston; a lawyer from Manchester with the unlawyerly name of Mitzi; Pedro, a Bolivian whose halting English is probably no worse than my pidgin French. Others go by handles, me included—in a cute moment, I opted for Annagoraphobe, but then I outed myself to another user as a psychologist, and word swiftly spread. So now I’m thedoctorisin. She’ll see you now.

Agoraphobia: in translation the fear of the marketplace, in practice the term for a range of anxiety disorders. First documented in the late 1800s, then “codified as an independent diagnostic entity” a century later, though largely comorbid with panic disorder. You can read all about it, if you like, in the Diagnostic and Statistical Manual of Mental Disorders, Fifth Edition. DSM-5 for short. It’s always amused me, that title; it sounds like a movie franchise. Liked Mental Disorders 4? You’ll love the sequel!

The medical literature is uncommonly imaginative when it comes to diagnostics. “Agoraphobic fears . . . include being outside the home alone; being in a crowd, or standing in a line; being on a bridge.” What I wouldn’t give to stand on a bridge. Hell, what I wouldn’t give to stand in a line. I like this one, too: “Being in the center of a theater row.” Center seats, no less.

Many of us—the most severely afflicted, the ones grappling with post-traumatic stress disorder—are housebound, hidden from the messy, massy world outside. Some dread the heaving crowds; others, the storm of traffic. For me, it’s the vast skies, the endless horizon, the sheer exposure, the crushing pressure of the outdoors. “Open spaces,” the DSM-5 calls it vaguely, anxious to get to its 186 footnotes.

As a doctor, I say that the sufferer seeks an environment she can control. Such is the clinical take. As a sufferer (and that is the word), I say that agoraphobia hasn’t ravaged my life so much as become it.

The Agora welcome screen greets me. I scan the message boards, comb the threads. 3 MONTHS STUCK IN MY HOUSE. I hear you, Kala88; almost ten months and counting here. AGORA DEPENDENT ON MOOD? Sounds more like social phobia, EarlyRiser. Or a troubled thyroid. STILL CAN’T GET A JOB. Oh, Megan—I know, and I’m sorry. Thanks to Ed, I don’t need one, but I miss my patients. I worry about my patients.

A newcomer has emailed me. I direct her to the survival manual I whipped up back in the spring: “So You Have a Panic Disorder”—I think it sounds agreeably jaunty.

A: Blue Apron, Plated, HelloFresh . . . there are lots of delivery options available in the US! Those abroad can likely find similar services.

Q: How do I get my medication?

A: All the major pharmacies in the US now come straight to your

door. Have your doctor speak to your local pharmacy if there’s a problem.

Q: How do I keep the house clean?

A: Clean it! Hire a cleaning agency or do it yourself.

(I do neither. My place could use a wipe-down.)

Q: What about trash disposal?

A: Your cleaner can take care of this, or you can arrange for a friend to help.

Q: How do I keep from getting bored?

Et cetera. I’m pleased with the document, on the whole. Would have loved to have had it myself.

Now a chat box appears on my screen.

I can feel a smile twitching on my lips. Sally: twenty-six, based in Perth, was attacked earlier this year, on Easter Sunday. She suffered a broken arm and severe contusions to her eyes and face; her rapist was never identified or apprehended. Sally spent four months indoors, isolated in the most isolated city in the world, but has been getting out of the house for more than ten weeks now—good on her, as she’d say. A psychologist, aversion therapy, and propranolol. Nothing like a beta-blocker.

thedoctorisin: Hello yourself! All okay?

Sally4th: all ok! Picnic this morning!!

She’s always been fond of exclamation marks, even in the depths of depression.

She likes emoticons, too.

thedoctorisin: You are a survivor! How is the Inderal?

That’s lucky. I’m on a similar drug (among others), and from time to time the headaches nearly rupture my brain. PROPRANOLOL CAN LEAD TO MIGRAINE, HEART ARRHYTHMIA, SHORTNESS OF BREATH, DEPRESSION, HALLUCINATIONS, SEVERE SKIN REACTION, NAUSEA, DIARRHEA, DECREASED LIBIDO, INSOMNIA, AND DROWSINESS. “What that medicine needs is more side effects,” Ed said to me.

Sally4th: i had a wobble last week

Sally4th: but got thru it

Sally4th: i feel like an idiot but it works

thedoctorisin: It does indeed. Well done.

I sip my wine. Another chat box pops up: Andrew, a man I met on a site for classic-film enthusiasts.

I pause. The Fallen Idol is a favorite—the doomed butler; the fateful paper plane—and it’s been fifteen years since I watched Ministry of Fear. And old movies, of course, brought me and Ed together.

But I haven’t explained my situation to Andrew. Unavailable sums it up.

I return to Sally.

thedoctorisin: Are you keeping up with your psychologist?

Sally4th: yes :) thanx. down to just 1x week. she says progress is excellent

Sally4th: meds and beds is the key

thedoctorisin: Are you sleeping well?

Sally4th: i still get bad dreams

Too much, probably. I should mention that to Dr. Fielding. Not sure I will.

Sally4th: ur progress? u fit for fight?

thedoctorisin: I’m not as quick as you! PTSD is a beast. But I’m tough.

Sally4th: just wanted to check on my friends here—thinking about u all!!!

I bid Sally adieu just as my tutor dials in on Skype. “Bonjour, Yves,” I mutter to myself. I pause for a moment before answering; I look forward to seeing him, I realize—that inky hair, that dark bloom to his skin. Those eyebrows that bolt into each other and buckle like l’accent circonflexe when my accent puzzles him, which is often.

If Andrew checks in again, I’ll ignore him for now. Maybe for good. Classic cinema: That’s what I share with Ed. No one else.

I upend the hourglass on my desk, watch how the little pyramid of sand seems to pulse as the grains dimple it. So much time. Nearly a year. I haven’t left the house in nearly a year.

Well, almost. Five times in eight weeks I’ve managed to venture outside, out back, into the garden. My “secret weapon,” as Dr. Fielding calls it, is my umbrella—Ed’s umbrella, really, a rickety London Fog contraption. Dr. Fielding, a rickety contraption himself, will stand like a scarecrow in the garden as I push the door open, the umbrella brandished before me. A flick of the spring and it blooms; I stare intently at the bowl of its body, at its ribs and skin. Dark tartan, four squares of black arranged across each fold of canopy, four lines of white in every warp and weft. Four squares, four lines. Four blacks, four whites. Breathe in, count to four. Breathe out, count to four. Four. The magic number.

And then I step outside.

The nylon glows against the sun. I descend the first step (there are, naturally, four) and tilt the umbrella toward the sky, just a bit, peek at his shoes, his shins. The world teems in my peripheral vision, like water about to flood a diving bell.

It’s not a secret, I want to cry; it’s a fucking umbrella, wielded in broad daylight.

From The Woman in the Window. Used with permission of William Morrow. Copyright © 2017 by A. J. Finn.

15 Books You Should Read This January 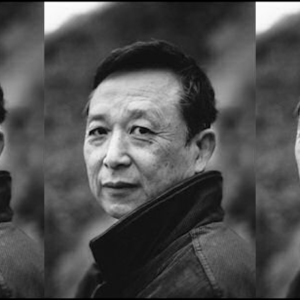 Lit Hub Daily: January 4, 2018 When women went blue: Eileen Pollack on the courage of groundbreaking female stand-ups, and the dirty, dirty jokes...
© LitHub
Back to top