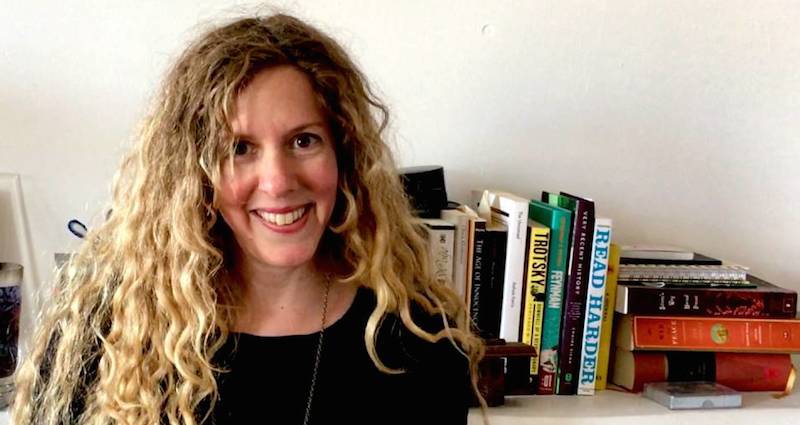 On Making the Jump from YA to Adult

Robin Wasserman is in a strange position, and she knows it: “What does it mean to have a book about teenagers that isn’t for teenagers? That’s a question I end up having to answer.” Of course, Jeffrey Eugenides and Curtis Sittenfeld have written about teenagers, Megan Abbott does a great job writing teens, and David Mitchell’s Black Swan Green, about a 13-year-old, is my favorite of his books.

The only difference between Wasserman and all those other authors, however, is that she has been writing YA novels for over a decade. Her new novel, Girls on Fire, focuses on two teenage girls from a small Pennsylvania town in the early 1990s, but it’s a book marketed to an older audience. It’s a tricky spot to be in, having written so often written young characters for a young audience and now writing those same characters for older readers. It makes you wonder where the YA novel ends and the adult novel begins.

“I always thought one day I was going to write my great adult novel,” Wasserman admits, going on to say that at first she believed Girls on Fire was actually going to be YA, until her editor read the first few chapters and felt it was too adult. So she kept writing, finding herself in new and somewhat unexpected territory. Wasserman, a former editor at a children’s book publisher, hadn’t set out to make a career of writing books for teens; it just worked out that way. While there was initial apprehension about her latest book, she finally realized that she “had all these impassioned ideas about the place of teenage girls in our culture,” and moved past her trepidation.

The result is a book that crackles with the kind of energy that only teenagers can conjure, the rawness that comes with being at an age when you’re full of hormones, when everyone wants you to act like an adult but won’t give you adult responsibilities, and when you’re teetering on the edge of the real world you’ve heard so much about. It’s a book about friendship, set against the waning days of the “Satanic panic” of the 1980s and early 1990s. It is about being nowhere and feeling like you’re going nowhere, and, maybe most importantly, it is about society’s fear of teenage girls. “We are terrified of teenage sexuality,” Wasserman says. “Especially teenage girl sexuality.” All of these themes are explored through a Lynchian lens, a skewed take on small town America in all its hypocritical glory. There’s murder, sure. There’s also some sex and some Satanism, and this is still a book about teenagers by a writer who has a talent for portraying them. But it’s not a YA novel.

What, exactly, is a YA novel anyway? Readers and publishers have been blurring the lines for years now. I’m not exactly planning on wrapping up Girls on Fire and giving it to a 14-year-old for his birthday, but I might not be that opposed to it, either. I started watching Twin Peaks when I was 14; I first saw what I consider to be three of the greatest teen rebellion movies ever, The Warriors, A Clockwork Orange, and Over the Edge, that same year—each of them packed with drugs, sex, and violence. The themes in Wasserman’s novel aren’t all that different from these films, or from another book I read almost immediately after putting Wasserman’s latest down, one that is marketed as a YA novel: Kill the Boy Band by Goldy Moldavsky.

While David Lynch is an obvious influence on Wasserman’s work, Moldavsky’s book owes an awful lot to the 1988 film Heathers. This classic of teenage cinema was given an R rating by the MPAA (meaning it isn’t intended for teens). The Breakfast Club, Fast Times at Ridgemont High, The Craft (another film that reminds me a bit of Girls on Fire), and Dope also carry R ratings. Moldavsky’s book is smart, funny, and entertaining, but also has sex and violence, though its adult themes are perhaps not as pronounced as any of the aforementioned examples. Moldavsky slyly uses the opportunity to point out that no matter how obsessive or weird adults might think adolescents are, “The joy you find as a teen, however frivolous and dumb, is pure, and meaningful.” A line like that signifies the ultimate difference between what Wasserman’s current book and Kill the Boy Band are after: Moldavsky is speaking directly to teens, while Wasserman is employing them for her latest story.

In Girls on Fire, Wasserman is trying to make sense of more than just teenagers—mainly, women and their place in society. “I think a lot of times when we have moral panics about our children, and especially female children, it’s attached to what’s going on with adult women,” she says, pointing to the day-care sex-abuse panic of the late 1980s and 90s. It’s a moral panic she sees as on par with the Satanic panic she also writes of, but it’s also something deeper, she thinks. “It coincided with the surge of women going into the workforce and sending their kids to daycare. The early 90s were a really confusing time in the adult world: Hilary Clinton, Anita Hill, Madonna put out her Sex book.” Wasserman sees a direct line between these events and the kind of patriarchal panic you see today, pointing out, “I actually do think there was a peak then, and there is a peak now.”

Two years ago, when the writer Ruth Graham published her controversial “Against YA” essay for Slate, literary Twitter went to war with itself. It felt as if you had to pick a side: for YA or against it. Although I didn’t agree with Graham, there was something to what she said about readers looking for neat and happy endings in books, and how “this is no more ambitious than only wanting to read books with ‘likable’ protagonists.” This popped into my head after I finished reading both Girls on Fire and Kill the Boy Band. I revisited the article and wondered if the rise of YA literature has helped to push authors aiming their work at adults to write better teenage characters and stories. Let’s face it: being a teenager is hard, but trying to write like one when you’re 35 and as far away from the horrors of high school isn’t exactly easy, either. That’s probably why you don’t see many great books supposedly for adults about 16-year-olds and their problems. And that’s why a book like Girls on Fire sticks out.

“As an adult I’m invested in the emotions and realities of teenage life,” Wasserman tells me about her motivation as we sit in a Brooklyn Starbucks with tables made from repurposed skateboard decks. I can’t help but find some irony here, thinking about those articles about thirty- and forty-something dads getting back into skateboarding in an attempt to reclaim something from their youth. Are these tables for them, or for the highly advanced and cool looking Park Slope teens? It’s sort of like wondering what the difference between books about and for teens might be. I look around and begin to wonder: does it really matter? Teens are perhaps the most maligned age group, but also endlessly fascinating. Ultimately, if the story is good, and the book is hard to put down, then the answer is no, it doesn’t. 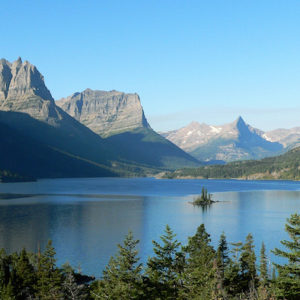 The northwest Montana brought to life in Karin Salvalaggio’s mystery novels has a great deal in common with Hansel and Gretel’s...
© LitHub
Back to top