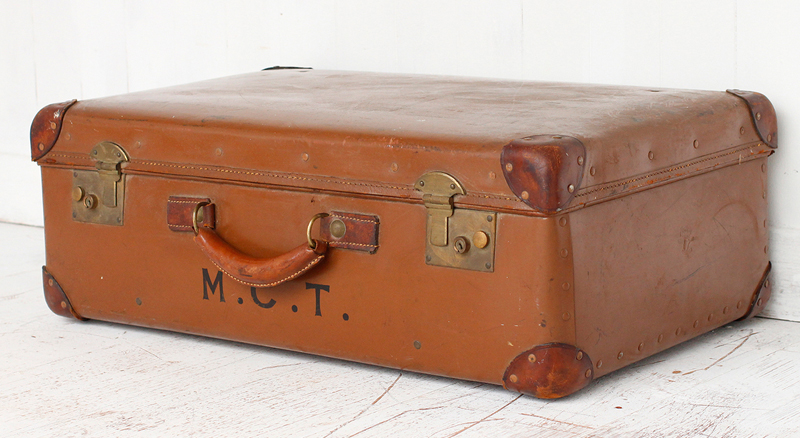 The Weight of My Father’s Poems

Emily Ruskovich on the Creative Dedication of her Prolific Father

A few years ago, at my request, my father gave me a suitcase full of poems. Fifty pounds of poems, to be exact, most of them handwritten on loose-leaf paper, the only existing copies. I estimate there are over 4,000 in that suitcase, but he’s written many more. My parents are frugal people; I was leaving by plane, so they made sure it did not exceed the weight limit allowed for a free checked bag. They removed stacks of poems and placed the suitcase back on the scale it until it was the exactly correct amount.

I have hauled these poems to Colorado, back to Idaho, then to Oregon. I feel the tension in my arms when I lift the suitcase; I feel the weight of my father’s devotion. Whenever I reach inside and pull out a poem at random, my father’s past and presence fill the room. The poems about his painful childhood and my idyllic one are mixed together, their ragged notebook edges entangled.

I have memories of these poems beyond the events they contain. Reading them, I also recall my father writing them. I think of the cold winters of my very early childhood in Athol, Idaho, my father in his small attic room, “the library.” I think of him sitting in his chair with sawdust on his shoulders, scribbling in one of his large journals, his giant, clumsy fingers pained with early arthritis. He is a disheveled, looming man, skinny but strong, a brow furrowed with what seems to be perpetual concern. Fondly, we now call him the “Old Bastard”; fondly, we make fun of his gleefully stupid humor and his bad habits. But underneath all that, we respect to a painful degree the mystery that he is. He can put an animal out of its misery swiftly and without hesitation, but I have also seen his eyes fill with tears at the sight of a sunset.

In my vision of him in the attic library, his hair is dark, braided down his back, his beard unruly. His back is still in pain from an injury suffered decades before. He has just come from splitting wood in the snow, into the house where my mother is soothing, maybe, four upset children. There are cattle in the pasture, new kittens in the barn, chickens to be butchered, sheds to be torn down and sheds to build, brush piles to burn, papers to grade, cars that won’t start.

And still, my father wrote. And still, my father writes. Beneath my parents’ house are storage tubs filled with beautiful hand-written novels; in his office are filing cabinets heavy with song. On my 21st birthday, I received a seven-volume letter from him written over the course of my lifetime about my siblings and me. Now, under my bed are two enormous binders holding a typed copy of his 2,000-page novel.

My father was the oldest of five children. After his family lost their ranch, they lived a life of poverty in the government projects of California. In spite of their daily struggle to find food and avoid violence, my father dreamed in perfect sonnets—he actually dreamed in iambic pentameter. He needed only to record first thing in the morning what he had already written in his sleep. His whole sense of self, even his unconscious life, was shaped by poetry; it was the lens through which he saw the world. He was Catholic, then. Sometimes I think his Catholicism was a part of his deep connection to language: To save the soul, one must arrange his actions into a confession, into sentences that he delivers to someone else who, in turn, delivers him to forgiveness.

His parents were well-meaning people, but his father, who died when my father was still a teenager, had been an alcoholic, and his mother was usually lost in drugs. She had many boyfriends, some of them addicts, some of them patients from the county mental institution. The worst of these boyfriends, a codeine addict, became my father’s stepfather. He was a manipulative and unpredictable man whose cruelty toward my father’s black half-brother—then only four years old—finally drove my father away in an attempt to save them all. He was only a teenager. He was desperate and bitter and hurt, and given to violence when he thought he had to be. He saw only two options for his four younger siblings’ salvation: Either he would kill his stepfather—and there was one horrifying day in which he believed he had done exactly that, bashing the man’s head against a bathtub until he was unconscious—or he would go off to college and become a famous writer, returning a rich man and his siblings’ savior.

When I think of my naive young father walking, in his mind, a fine line between vengeful murderer and famous writer, I feel so much love for him that it becomes a kind of pain all its own. Of course, he didn’t save his siblings in the way that he intended. But he did try. He went to college, and while there, he took a job shoveling manure on a ranch owned by actor James Brolin. He did this not just for wages, but also on the hope that some famous personality visiting the ranch would notice the long-haired, skinny young man shoveling manure in the backyard and ask, “Do you happen to be a writer? Because I happen to have connections.” My dad didn’t know many people in positions of power, and he thought that if a person had some of it, they had it all.

There was one time that someone did come up to him on that ranch. James Brolin’s wife at the time, the woman who had hired my father, was a Hollywood agent. When he applied for the job, he made sure to mention to her that he had a collection of short stories that he hoped to publish soon, to earn money for his impoverished family. A few months later, when my father was in a stable shoveling manure, she began to walk toward him with the actor Mac Davis beside her, and my dad felt his heart race. The agent said to Mac Davis, “There’s someone I’d like you to meet. I think he shows a lot of promise.”

My dad was filthy. He was covered in manure to his knees, but he straightened up. He brushed off his pants. He held his pitchfork still, and he waited in the careful dignity of his stillness to shake the hand of the songwriter and actor he so admired.

But when they arrived at the stall where he waited, the woman introduced Mac Davis not to my father but, impossibly, to the horse beside him.

It was a painful moment for him, and I think of it with rage and sadness and shame, because I know that’s what my dad felt, even though there is no poem in the suitcase that says so. Or maybe there is—maybe I just haven’t found it yet.

And although he didn’t become famous, my father did rescue his siblings. He did this by making it through what he might not have survived without his naïveté and his pained romantic heart. He rescued them by choosing literature over the violence that might have spared them cruelty but would have left them with an imprisoned brother, and without an iambic dream to step toward forever—the dream that there is another life waiting just on the other side of a chance meeting in a stable.

My father was wrong only in placing his hope in the money he might earn from writing instead of in the writing itself. I don’t mean his poems, which I doubt his siblings have ever read. I mean his poetry. The spark of an impulse, the painful ambition, the belief that life can be transformed at any moment through vision and devotion. His siblings saw this in him, and they followed his example.

Growing up, I did not question what my father did up in that attic room. His work there was as elemental to my family’s daily existence as the splitting of the wood or the making of the fire. Sometimes, I would go up there, and he would read to me what he’d just written, and I’d understand that this, somehow, was the reason we were here. I had a notion that in every household, some member of the family had to be locked away with blank pages in order for the world to go on.

And now I follow his example. I lock myself away with blank pages and I write. The world, indeed, goes on. In my office, the suitcase leans against the back wall. I see its reflection in the window that I face. Sometimes, I open the suitcase. I reach inside. I pull out a poem at random. And there they are, my father’s brothers and sister, their desperate souls. Each poem the weight of a leaf. They are begging him not to go to college, not to leave them there.

But they are not “there.” They are here. With me. I will haul this suitcase through my life, and I will feel the weight of rescued moments, will remember my father’s efforts in that attic room to write another day for me to live.

Emily Ruskovich grew up in the mountains of northern Idaho. She graduated from the University of Montana and received an MA in English from the University of New Brunswick, Canada, and an MFA from the Iowa Writers’ Workshop. She was the 2011–2012 James C. McCreight Fiction Fellow at the University of Wisconsin-Madison. Her fiction has appeared in Zoetrope, One Story, and The Virginia Quarterly Review. She was a 2015 winner of the O. Henry Award for her story “Owl.” 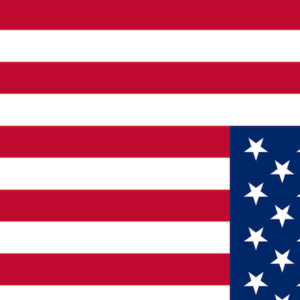 In the last weeks as I’ve found myself rereading George Orwell’s classic dystopian novel 1984, a work I never took to in high...
© LitHub
Back to top