Alan Glynn on the Satirical Fever Dream That Came to Life

It wasn’t supposed to happen like this. It never is. Political satires aren’t real—they’re not predictions, they’re warnings. They posit a construction that’s intended through exaggeration or deliberate distortion to illuminate how things really are, the hope then being that people will come to their senses. When Jonathan Swift suggested in A Modest Proposal (1729) that “a young healthy child well nursed is at a year old a most delicious, nourishing, and wholesome food, whether stewed, roasted, baked, or boiled . . .” he wasn’t actually proposing that the solution to over-population and child poverty in Ireland at the time was a more imaginative, outside-the-box approach to cuisine. He wanted to shock people into an awareness of the original problem.

Now, perhaps this is an imprecise analogy, but the recent election of Donald Trump to the American presidency has (for many people) the feel of a satire gone horribly wrong. It’s the one that got away, a warning, replete with exaggeration and deliberate distortion, that has morphed inexplicably into our everyday reality. It is as though “infant’s flesh seasoned with a little pepper and salt” were suddenly an item on the brunch menu and we all just had to get used to it.

But before this election cycle, in terms of satire, was there a warning, a fictional version of events that we should have been paying more attention to? Well . . . call me naïve, but in the absence (so far) of an outbreak of actual fascism in America, I’m going to hold in reserve for the moment the great speculative triumvirate of Jack London’s The Iron Heel (1908), Sinclair Lewis’s It Can’t Happen Here (1935) and Philip Roth’s The Plot Against America (2004). But apart from these, the answer, I’m afraid, is not really. Nothing quite makes the cut. There are novels and films that reflect certain aspects of what’s happening now, but no single work is capacious enough to address the whole bonkers equation. And with the entire election cycle fitting neatly under the rubric of “you couldn’t make this shit up,” is it any wonder?

Broadly speaking, however, the works I’m thinking of fall into two distinct categories—those that deal with the power and influence of the media, and those that deal with politics, and specifically with the role of the presidency. While there is often considerable overlap here, what we usually end up with are two separate stories. It is only in the figure of Donald Trump, in his campaign, and in what we imagine his administration will be like, that we find a perfect fusion of these two themes into a single story.

The works dealing with the influence of the media have tended to be sensationalist, and sometimes even hysterical. It’s also significant that the two most interesting ones were said, upon release, to be ahead of their time. Both Elia Kazan and Budd Shulberg’s A Face in the Crowd (1957) and Sidney Lumet and Paddy Chayevsky’s Network (1976) feature central characters—Lonesome Rhodes and Howard Beale—that eerily prefigure the Donald Trump of 2016. They both “tell it like it is” and “articulate the popular rage,” and they are both very much creatures of the Tube. Lonesome is closer to the Donald, in that he is a rank opportunist who knows what he’s doing, a celebrity demagogue on the make, and there are also some uncomfortable parallels: the beauty pageant stuff and the cheerleader competitions, for instance. But what A Face in the Crowd is essentially warning us about is what can happen when a powerful personality is amplified by a popular medium such as television. Network’s Howard Beale, on the other hand, is more a force of nature, one that cynical executives find they can harness to increase shareholder profit—the warning here being that news will inevitably become entertainment, itself just another way for the vast college of corporations to tranquillize our anxieties. In the end, Lonesome Rhodes is brought down by an open mic (which may seem quaint to us today) and Howard Beale by poor ratings.

The second category of story draws its power from the reverence people have for the office of the presidency itself. Unassailable, Mount Rushmore-like, this isn’t something you mess with—in reality, that is. But in fiction there’s a rich seam of fantasy and speculation to be mined. From 1932’s The Phantom President to the recent television series Designated Survivor, this is the great what if that gives us the illegitimate president, the accidental president, the president with no filter, the puppet, the lookalike, the ordinary person plunged into the role as a result of extraordinary circumstances. The vicarious thrill here is in imagining what it would be like to sit in the Oval Office and not be constrained by rules or tradition.

It’s just that in nearly every example of this you can think of, sentiment (in the form of an irresistible urge to do the right thing) wins out, and the natural order is too easily restored. In Ivan Reitman’s Dave (1993) presidential doppelgänger, Dave Kovic, is a sweet-natured and thoroughly decent guy who tries to push through a budget that will benefit the homeless and the underprivileged. In Warren Beatty’s Bulworth (1998) a senator loses his filter, tells the truth, and almost raps his way to the White House. In Designated Survivor (the perfect love child of The West Wing and 24) low-level cabinet secretary and convenient everyman Tom Kirkman ascends to the presidency when everyone else, including all of Congress and the Supreme Court, are wiped out in a terrorist attack. But there’s nothing radical or challenging here. Instead, what we get is a sentimental narrative, a sort of Little White House on the Prairie for the post-9/11 world.

Perhaps the most chilling version of this second category of story is Being There, Jerzy Kosinski’s short 1971 novel which was later filmed by Hal Ashby. In it, Chauncey Gardiner is an empty vessel, a sort of holy fool, who is anointed as a future president by a cabal of political and corporate insiders. A fable about the vacuous nature of our culture, Being There’s ultimate sting is that America allows itself to be reflected in the musings of an innocent man-child who doesn’t read newspapers and only watches television.

You begin to see the problem, though. All of these examples are, in their way, tantalizing—prescient ripples from the past, loose shards of significance here and there, but never enough of them in one place, and never quite fitting together neatly enough, to shake us out of our complacency—because none of these characters is sufficiently like Donald Trump. Lonesome Rhodes started out as a dirt-poor hobo, Howard Beale was a decent man who just ran out of bullshit, Chauncey Gardiner was a blank slate, Dave Kovic was a saint, Jay Bulworth was played by Warren Beatty, and the only person Tom Kirkman wants to be like is Jed Bartlett. So, for all their re-defining of media norms and flouting of White House conventions, none of these guys is really up to the task. Trump, for his part, and in a single story, has crushed both sides of the equation. On media influence, he has weaponized Twitter in as spectacular a fashion as others once co-opted radio and TV for their political purposes. And on the role of the president, by behaving in the real world more or less like a villain in a Batman movie, he has effectively deflated over two hundred years of institutional gravitas, and may just as well have dynamited Mount Rushmore to smithereens in the process.

So his is a big story, and it requires a considered response. But there’s a long way to go yet, and maybe looking for warnings from the past is to miss the point. It’s the enormity of what is happening right now that needs to be examined. When Sinclair Lewis was writing It Can’t Happen Here in 1935, he was looking directly across the ocean at Europe. Orwell’s 1984 is really about Stalin’s 1948. And both A Face in the Crowd and Network, overcooked as they may have seemed at the time, definitely spoke to anxieties that were very real to contemporary audiences. Even today’s undeniably entertaining Designated Survivor struggles to shake off an angsty gloom, reflecting as it does a wider insecurity about “normalcy” in the political landscape.

So, assuming nothing untoward happens, First Amendment-wise, it will be interesting to see what emerges from the next four years. Good reporting and investigative journalism will be essential, but extremely valuable too—as so often in the past—will be what the novelists, screenwriters and showrunners come up with.

Bryan Stevenson: A Civil Rights Hero for the Age of Trump 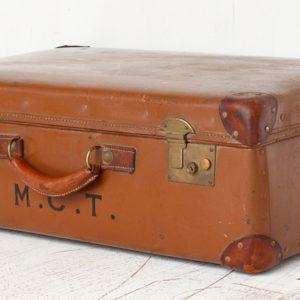 A few years ago, at my request, my father gave me a suitcase full of poems. Fifty pounds of poems, to be exact, most of them...
© LitHub
Back to top