This week in literary film and television news, magic was in the air. We got news of adaptations of work by giants of fantasy and SF alike, as well as that one fairly obscure magical bear that loves honey and pals around in the Hundred Acre Wood. Less magical was the battle over the portrayal of teenage suicide in Netflix’s most recent literary adaptation, of course—but at least the conversation might be bringing some resources to the forefront. Finally, Riz Ahmed’s best announcement of the day was definitely that he’s going to be in a Patrick DeWitt adaptation—it couldn’t have been that other thing.

You know what’s lit? Two Michaels burning books together at HBO. Yes, Michael B. Jordan and Michael Shannon will star in a new film adaptation of Ray Bradbury‘s classic 1953 novel Fahrenheit 451, which is a book that hasn’t been discussed enough as a solid parallel to these anti-intellectual times. P.S., speaking of anti-intellectual, sorry about the whole “you know what’s lit” thing.

The much-anticipated (and much-delayed) adaptation of Robert Jordan‘s Wheel of Time series has found a home at Sony Pictures Television. Rafe Judkins will write and produce.

Peep the first official photos from the seventh season of George R.R. Martin‘s Game of Thrones! No blood or breasts, though, so I don’t know why you would.

Netflix’s recently-released drama, 13 Reasons Why, based on the book of the same name by Jay Asher has sparked controversy and drawn criticism from suicide awareness groups, who say the show could actually drive more suicides. Shannon Purser (Barb from Stranger Things) has also warned followers against watching the show.

Most Influential Person Riz Ahmed has signed on to join Joaquin Phoenix, John C. Reilly, and Jake Gyllenhaal in the Jacques Audiard-directed adaptation of Patrick DeWitt‘s The Sisters Brothers. Which, honestly, if they do the book any justice at all, should be incredible. Now I’m just waiting to hear about Ahmed’s inevitable casting as Jesus in The Master and Margarita…

Steve Buscemi and Greg Kinnear have joined the cast of Channel 4 (UK) and Amazon Prime’s Philip K. Dick’s Electric Dreams, a ten-episode anthology series based on Dick’s work. Bryan Cranston is an executive producer. Steve Buscemi could not be more suited to a writer than he is to Philip K. Dick, but I bet Kinnear will be even more frightening. Just a hunch.

This is going to be undeniably rad: Tony Grisoni is adapting China Miéville‘s 2009 novel The City & the city as a four-part television series for BBC Two, starring David Morrissey as Inspector Borlú. In a press release, Miéville said, “It’s been fascinating and moving to witness the translation from fiction to script, and to work with Tony (Grisoni) and Tom (Shankland) and everyone on this production. What they’re making feels both familiar, sending me right back to the book, and yet very much their own, something I’m eager to discover. I’m extremely impatient for it!” Us too.

A.A. Milne famously based Winnie the Pooh on his own personal son Christopher Robin Milne and his assemblage of stuffed, presumably non-sentient, animals (who may or may not represent various personality disorders). Fox Searchlight’s film about the family and their new fame, Goodbye Christopher Robin, starring Domnhall Gleeson as A.A. Milne and Margot Robbie as Milne’s wife Daphne, has gotten a fancy holiday release date: November 2.

And finally, for your weekly trailers! Fans of Scottish time travel romance, rejoice, for there is a trailer for season 3 of the Starz production of Diana Gabaldon‘s Outlander. Alas, the show won’t be appearing in this reality until September.

But what’s better than Highland swooning? Studio Ghibli. Below, watch the trailer for the very first film from Studio Ponoc, made up of Ghibli alumni: Mary and the Witch’s Flower, based on Mary Stewart‘s novel The Little Broomstick. No US release date yet, but it’ll be hitting Japanese theaters in July. 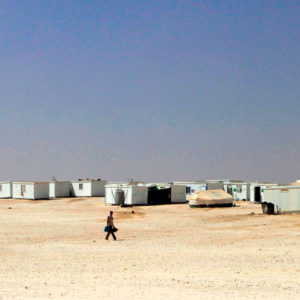 HAMLET ‘Imperious Caesar, dead and turn’d to clay, Might stop a hole to keep the wind away’ – Act 5, Scene 1 It...
© LitHub
Back to top