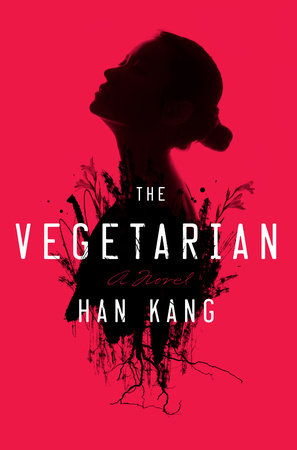 The following is from Han Kang's novel, The Vegetarian, translated from the Korean by Deborah Smith. Han Kang was born in 1970 in South Korea. In 1993 she made her literary debut as a poet, and was first published as novelist in 1994. A participant of the Iowa Writers’ Workshop, Han has won the Yi Sang Literary Prize, the Today’s Young Artist Award, and the Manhae Literary Prize.

“What are you doing standing there?”

I’d been about to switch on the bathroom light when I was brought up short. It was around four in the morning, and I’d woken up with a raging thirst from the bottle and a half of soju I’d had with dinner, which also meant I was taking longer to come to my senses than usual.

“Hello? I asked what you’re doing?”

It was cold enough as it was, but the sight of my wife was even more chilling. Any lingering alcohol-induced drowsiness swiftly passed. She was standing, motionless, in front of the fridge. Her face was submerged in the darkness so I couldn’t make out her ex­pression, but the potential options all filled me with fear. Her thick, naturally black hair was fluffed up, disheveled, and she was wearing her usual white ankle-length nightdress.

On such a night, my wife would ordinarily have hurriedly slipped on a cardigan and searched for her shower slippers. How long might she have been standing there like that—barefoot, in thin summer nightwear, ramrod straight as though perfectly oblivious to my repeated interrogation? Her face was turned away from me, and she was standing there so unnaturally still it was almost as if she were some kind of ghost, silently standing its ground.

What was going on? If she couldn’t hear me, then perhaps that meant she was sleepwalking.

I went toward her, craning my neck to try to get a look at her face.

“Why are you standing there like that? What’s going on?”

When I put my hand on her shoulder I was surprised by her complete lack of reaction. I had no doubt that I was in my right mind and all this was really happening; I had been fully conscious of everything I had done since emerging from the living room, asking her what she was doing, and moving toward her. She was the one standing there completely unresponsive, as though lost in her own world. It was like those rare occasions when, absorbed in a late-night TV drama, she’d failed to notice me arriving home.

But what could there be to absorb her attention in the pale gleam of the fridge’s white door, in the pitch-black kitchen at four in the morning?

Her profile swam toward me out of the darkness. I took in her eyes, bright but not feverish, as her lips slowly parted.

Her voice was surprisingly clear.

“A dream? What the hell are you talking about? Do you know what time it is?”

She turned so that her body was facing me, then slowly walked off through the open door into the living room. As she entered the room she stretched out her foot and calmly pushed the door closed. I was left alone in the dark kitchen, looking helplessly on as her retreating figure was swallowed up beyond the door.

I turned on the bathroom light and went in. The cold snap had continued for several days now, consistently hovering around 14°F. I’d showered only a few hours ago, so my plastic shower slip­pers were still cold and damp. The loneliness of this cruel season began to make itself felt, seeping from the black opening of the ventilation fan above the bath, leaching out of the white tiles cov­ering the floor and walls.

When I went back into the living room my wife was lying down, her legs curled up to her chest, the silence so weighted I might as well have been alone in the room. Of course, this was just my fancy. If I stood perfectly still, held my breath and strained to listen, I was able to hear the faintest sound of breathing com­ing from where she lay. Yet it didn’t sound like the deep, regular breathing of someone who has fallen asleep. I could have reached out to her, and my hand would have encountered her warm skin.

But for some reason I found myself unable to touch her. I didn’t even want to reach out to her with words.

For the few moments immediately after I opened my eyes the next morning, when reality had yet to assume its usual concreteness, I lay with the quilt wrapped about me, absentmindedly assess­ing the quality of the winter sunshine as it filtered into the room through the white curtain. In the middle of this fit of abstraction I happened to glance at the wall clock and jumped up the instant I saw the time, kicked the door open and hurried out of the room. My wife was in front of the fridge.

Something squashed under my foot, stopping me in mid-sentence. I couldn’t believe my eyes.

She was crouching, still wearing her nightclothes, her dishev­eled, tangled hair a shapeless mass around her face. Around her, the kitchen floor was covered with plastic bags and airtight con­tainers, scattered all over so that there was nowhere I could put my feet without treading on them. Beef for shabu-shabu, belly pork, two sides of black beef shin, some squid in a vacuum-packed bag, sliced eel that my mother-in-law had sent us from the countryside ages ago, dried croaker tied with yellow string, unopened packs of frozen dumplings and endless bundles of unidentified stuff dragged from the depths of the fridge. There was a rustling sound; my wife was busy putting the things around her one by one into black rubbish bags. Eventually I lost control.

“What the hell are you up to now?” I shouted.

She kept on putting the parcels of meat into the rubbish bags, seemingly no more aware of my existence than she had been last night. Beef and pork, pieces of chicken, at least 200,000 won worth of saltwater eel.

“Have you lost your mind? Why on earth are you throwing all this stuff out?”

I hurriedly stumbled my way through the plastic bags and grabbed her wrist, trying to pry the bags from her grip. Stunned to find her fiercely tugging back against me, I almost faltered for a moment, but my outrage soon gave me the strength to overpower her. Massaging her reddened wrist, she spoke in the same ordi­nary, calm tone of voice she’d used before.

Those words again. Her expression as she looked at me was perfectly composed. Just then my mobile rang.

I started to fumble through the pockets of my coat, which I’d tossed onto the living room sofa the previous evening. Finally, in the last inside pocket, my fingers closed around my recalcitrant phone.

I flipped my phone shut and dashed into the bathroom, where I shaved so hurriedly that I cut myself in two places.

“Haven’t you even ironed my white shirt?”

There was no answer. I splashed water on myself and rum­maged in the laundry basket, searching for yesterday’s shirt. Luck­ily it wasn’t too creased. Not once did my wife bother to peer out from the kitchen in the time it took me to get ready, slinging my tie around my neck like a scarf, pulling on my socks, and get­ting my notebook and wallet together. In the five years we’d been married, this was the first time I’d had to go to work without her handing me my things and seeing me off.

I crammed my feet into my recently purchased shoes, which were too narrow and pinched uncomfortably, threw open the front door and ran out. I checked whether the elevator was going to go all the way up to the top floor, and then dashed down three flights of stairs. Only after I’d managed to jump on the under­ground train as it was just about to leave did I have time to take in my appearance, reflected in the dark carriage window. I ran my fingers through my hair, did up my tie, and attempted to smooth out the creases in my shirt. My wife’s unnaturally serene face, her incongruously firm voice, surfaced in my mind.

I had a dream—she’d said that twice now. Beyond the window, in the dark tunnel, her face flitted by—her face, but unfamiliar, as though I were seeing it for the first time. However, as I had thirty minutes in which to concoct an excuse for my client that would justify my lateness, as well as putting together a draft proposal for today’s meeting, there was no time for mulling over the strange behavior of my even-stranger wife. Having said that, I told myself that somehow or other I had to leave the office early today (never mind that in the several months since I’d switched to my new position there hadn’t been a single day where I’d got off before mid­night), and steeled myself for a confrontation. 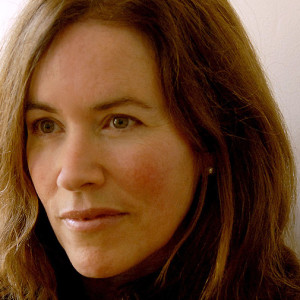