I have at least half a bookshelf containing books about or connected to New Orleans in some fashion. If I tunneled through all my piles of books, I could probably fill that other half. People dig books (or really anything) about New Orleans, and writers love to tell the city’s stories. It goes without saying this list is not all encompassing, and if I compile a list next week, it will contain ten different books.

In fact, when you start reading about New Orleans, you might want to start with Nine Lives by Dan Baum or The World that Made New Orleans by Ned Sublette or Unfathomable City by Rebecca Solnit and Rebecca Snedeker or… Anyway, in honor of Mardi Gras (which, by the way, we start celebrating on Twelfth Night), here’s a good start.

This is one of the best, more recently published books, set in New Orleans. While it deals with many things associated with the city, it does not trade on the tropes. Maistros’s magical realism drowns the readers in a rather unusual battle between good and evil.

Empire of Sin: A Story of Jazz, Sex, Murder, and the Battle for Modern New Orleans, Gary Krist

Gary Krist tackles the fight between the demimonde and the elite in Empire of Sin. Want to understand Storyville and how New Orleans became a center for vices of all kinds? Krist’s book reads like fiction as any good recounting of New Orleans history should.

Blackwell captures the vacuum of New Orleans after Hurricane Katrina. All the interlocking characters in this story have a bit of taint on them. As they work to solve the mystery of a dead body and missing artwork, they reveal their humanity. (Another book that takes place in this time period is Claire Dewitt and the City of the Dead by Sara Gran.)

This is an intensive history of Mardi Gras in New Orleans overall. Laborde and Osborne include information about and pictures of historical ephemera (favors, no-parking-parade route signs, etc.), funnel cake trucks, the origins of Twelfth Night celebrations, and recipes. The book also explores the creation of Lundi Gras and provides some clues as to why LSU might be ranked as one of the better party schools. Geaux, Tigers!

This suspenseful book of historical fiction introduces the central character of many of Hambly’s books, Benjamin January, during Mardi Gras 1833. Beginning at an octoroon ball (Hambly discusses some issues of class and color in her notes at the start of the book), readers are immersed in the unique compression of worlds that is New Orleans. January, a black man trained in music and medicine, must find the killer of a ball attendee to free himself from suspicion and accusations.

Chris Wiltz is part of the New Orleans writing scene royalty. Although published almost fifteen years ago, we have been revisiting Glass House because of the tensions between law enforcement and communities, especially African-American communities, across the country. Wiltz’s The Last Madam is another should-read!

Lords of Misrule: Mardi Gras and the Politics of Race in New Orleans, James Gill

Who started the rituals and traditions we have come to know as New Orleans Mardi Gras? James Gill explores the issues of race that helped set the ball rolling and the beads flying. Carnival traditions both magnified and influenced every day interactions in the Crescent City, and in many ways, continue to do so.

Season is the first of a trilogy with the central character Marie Lavant. Lavant finds herself in a medical residency here in New Orleans, and her roots begin to call to her. She discovers she is a descendant of the Voodoo Queen Marie Laveau. Lavant must face this and embrace her power as a black woman and part of the lineage.

Kim Marie Vaz has been active in promoting, capturing, and preserving the culture of the Baby Dolls. While many of the larger women’s Mardi Gras organizations have garnered a great deal of attention, one of the oldest is the Baby Dolls. From the beginnings in the red-light district, this group of African-American women vined out and become embedded in the Mardi Gras and New Orleans phenomena.

From Louisiana native Kent Wascom, Secessia is the second in a group of loosely connected Southern Gothic tales. The book captures the wavering security of the city as it falls to the Union at the tail end of the Civil War. It draws on the perspectives of five characters, one of whom is the historical figure General Benjamin Butler, who was charged with getting the city under control.

If someone created A Confederacy of Dunces pictorial spread, it might look like this. No words—literally, there are no words. Gilden snapped photos of Carnival happenings from the mid-70s to the mid-80s.

Veronica Brooks-Sigler lives in New Orleans with her husband, their son, and a clutter of cats. Brooks-Sigler manages the bulk of the social media for Octavia Books. 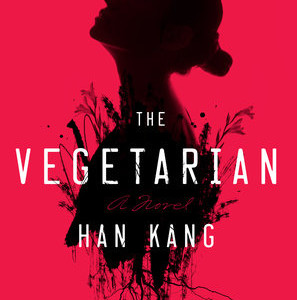 “What are you doing standing there?” I’d been about to switch on the bathroom light when I was brought up short....
© LitHub
Back to top
Loading Comments...