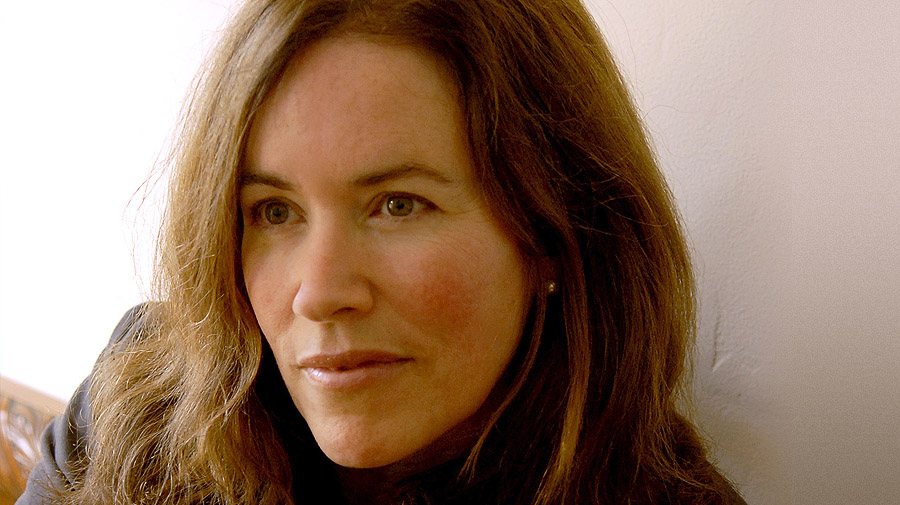 Bethanne Patrick in conversation with the author of The Portable Veblen

Elizabeth McKenzie is on the telephone with me from her West Coast home when she excuses herself for a moment and speaks to someone at her front door. “I’m sorry,” she says, returning to our interview. “I have a friend here who is fixing my roof.”

I couldn’t resist: “Do you have a problem with squirrels?”

McKenzie laughs uproariously, because hers may be the only book (and is, at least the only one this year) sporting a Sciurus griseus, or Western gray squirrel, on its cover—and that’s because this particular squirrel is a character in The Portable Veblen.

“No, it’s not squirrels, it’s a leak,” she says. “But wouldn’t it be perfect if it had been squirrels?”

McKenzie’s singular protagonist Veblen Amundsen-Hovda is a thirty-something woman who not only loves squirrels, but believes she can talk to them. Veblen, named for Norwegian-American philosopher Thorstein Veblen (and the reason why some booksellers mistakenly shelved McKenzie’s debut under nonfiction), is a sometime administrative temp who spends much of her time as an unpaid translator of Norwegian, to the dismay of her strong-willed hypochondriac mother Melanie C. Duffy and the bemusement of her new fiancé Paul, a neurologist whose brain-surgery invention is about to be bought by a huge corporation.

As Veblen and Paul stumble towards marital ecstasy, the story meanders down the darkest corners of the military-pharmaceutical complex, examining stark truths about how we treat veterans and their families. McKenzie, however, has her hands firmly on the comic wheel, and even when she allows a moment of pure anguish, she balances it with pure slapstick (no spoilers, but the real villain gets a cutting comeuppance).

The result is a comic novel of ideas, something we’re more used to seeing from Peter Carey than California. Wholly original and strangely cohesive, McKenzie’s novel both stands alone and makes the reader eager to know more about its author. In the hour I spent speaking with Elizabeth McKenzie, I managed to learn some of the latter, but as she frequently asked me to downplay this or not mention that, I realized it had little to do with evasiveness and everything to do with creative conservation.

Bethanne Patrick: One of the things that I hope people will take out of The Portable Veblen is the extraordinary way in which you show how our military has become the realm of the less-privileged strata. How did you learn about/research that part of our society?

Elizabeth McKenzie: I love that you’re starting with that because it was a really important part of the book for me, but it’s not one that everyone talks to me about. I have veterans in my family, and I had a veteran with post-traumatic stress disorder (PTSD) in my family. I went and talked to veterans at a VA hospital. I had a really illuminating conversation with veterans’ activist Brian Willson in 2009 that helped me understand what veterans are feeling now.

I started this book when Bush was still president, and it was meant to be an anti-war novel. I didn’t know it was going to take me this long to write it. I was in a very angry mood. I re-read Catch 22 and Slaughterhouse Five, which are novels on my consciousness anyway. I knew any take I would have on writing about war would be dark, and possibly comic. I also read poet a fantastic New York Times op-ed about Walter Reed while I was working on this, as well as Brian Turner’s wonderful poetry.

BP: You really capture the pushme-pullyou of hope and despair these families have.

EM: While some of those characters were inspired by families and people I observed and met at the Menlo Park VA hospital, I’m also blending in something that concerned me from the beginning: The issue of being a participant in a clinical trial. One of my family members was in a clinical trial. I’m one of the people I’m describing and creating. One of those people waiting to hear the good news. Unfortunately, we didn’t understand that the trial wasn’t going to do anything for our loved one. We had a lot of regret: Why did we put everyone through this?

BP: What about Veblen’s medication? Melanie and Linus, her stepfather, ask her if she’s taking them several times, but they’re not specified.

EM: I’ve never really talked about Veblen’s modalities and antidepressants. She has struggled with depression, but it wasn’t my intention to go into a lot of detail about the illness itself. I was more trying to show the environment that might lead someone to take antidepressants.

Veblen as modern female character—she’s struggling, she’s been raised in a situation that was Spartan, she’s used to subsisting on very little, and not having much contact with the commercial world. From my own experience and others who grew up, as I did, with parents who were anti-establishment, I know that someone like Veblen would be proud of the ideals her parents bestowed on her, but she’d also wonder: What’s it like to go to the mall? What would it be like not to think about ideals, and just have a big wedding? Am I missing something? And then: But would doing those things be me?

BP: About Veblen and the squirrels: They’re in communication. There are quite a few ways of speaking in this book that have nothing to do with language qua language—they’re more like modes…

EM: In order to be understanding of the things around her, Veblen has always had to go inside the other person and think about what they were feeling and trying to say. It’s clear that Melanie is communicating around what she really needs, which is why Veblen feels she always has to explain her mother to other people.

But Veblen also finds an escape in language, first through Norwegian. It feels like another world, a sort of cavern, for her. It’s the kind of inversion you see in people talking to their dogs.

BP: Your book has a “marriage plot,” but it also has a character reading a book called Marriage Dead or Alive that posits marriage as a kind of disease.

EM: I actually saw my fiancé reading that book before we got married. I was like, Oh my God, what is this? It kind of presents marriage as this complete, all-out battle for self-realization. It actually has a lot of interesting points, but it’s the opposite of romantic. It makes marriage sound like the scariest thing you could possibly do. [NB: McKenzie and her fiancé have now been married for 18 years.]

I think Veblen is looking for a “human safe house.” She has very romantic ideas of what it meant to be involved with someone. Even though she enters her relationship with Paul with delusion, as she starts bringing in her other life experiences and other family members, she gains a more realistic view of what marriage can be. She’s pretty good at accepting people and their flaws; she learns that their flaws can be just as lovable as easy stuff.

BP: Both Paul and Veblen come from extraordinarily dysfunctional families. Was that something that grew organically as you wrote, or was it more of a deliberate choice? Is that even a fair question? Why do people see Melanie as monstrous?

EM: It’s a treat when someone says something like that. You really understand what I was trying to do. The four parents, the family stuff, is a preoccupation of mine, so I didn’t set out to write about dysfunctional families, but that’s what emerged. I didn’t even realize Melanie would be so bad in the eyes of so many critics and readers. Compared to many fictional mothers, I mean, she’s not abusive! She’s not an alcoholic! I’ve been a little surprised to see her perceived as so horrible.

The fact that the two sets of parents, Veblen’s and Paul’s, get along so well—that was not planned. They sprang to life at the beginning of the book. The names and everything, their whole being, just was there! I rarely try to plan what someone would be like at the same time I gravitate to certain people with certain characteristics. I liked the idea that Bill was someone who had an environmental bent but was from a military family and was kind of a DIY, off the grid guy. I liked that Marion came from a 3M “company man” father, that she had kind of gotten away from that. Those details come from people I’ve known or it’s a conglomeration. Once I saw what they were reacting to, it’s like watching a domino effect, let’s see what happens now. That’s not to say that everything just comes easily . [Laughs]

BP: What about Thorstein Veblen, your character’s namesake and inspiration?

EM: He’s worth looking into! He wrote prodigiously on a wide range of topics. His personal life was eccentric and restless and adventurous and really appealed to me. I first read Veblen in college. Even though he was a bit of a loner and outsider, he is very popular among a small group of people. It’s amazing how often his name comes up.

What does Veblen mean to my book? He never led any particular movement. He kind of stood back and observed, with observations that were sardonic and, in my opinion, very correct. Maybe that’s what my book is attempting to do, too. 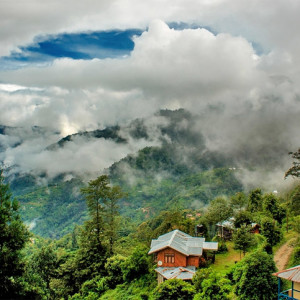 Something very strange happened when I began reading Jhumpa Lahiri’s newest book In Other Words. At first, I was pausing...
© LitHub
Back to top