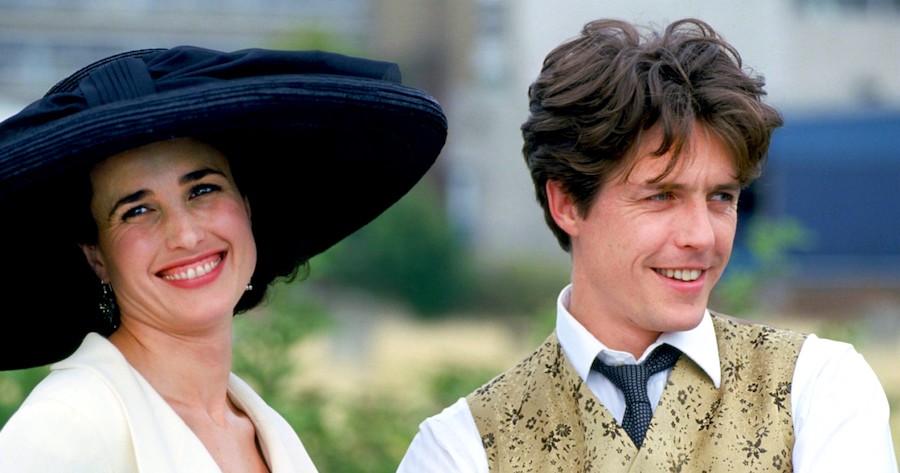 Can Iconic British Rom-Com Four Weddings and a Funeral Work As American TV?

Mike Newell’s wildly successful 1994 rom-com Four Weddings and a Funeral has resonated with audiences for 25 years. Its appeal lies beyond the excitement of getting married, London’s Metropolitan charm, and the many hilarious things said by its formidable cast. The film’s longevity stems from its ability to ground these comic vignettes in a dramatically viable narrative. We can believe in the people on screen.

Strangely, for the film’s creators, getting audiences to emotionally invest in its meandering trials was the result of accidental chemistry. Screenwriter Richard Curtis initially rejected Hugh Grant for the lead role that would later make him a ‘90s pop-cultural icon. He’d written the part for someone whose disposition and looks make it difficult to meet women, not someone who’s effortlessly charming. When Grant was chosen, Newell compensated for his sex appeal by giving him a misfitting, baggy wardrobe and directing him to purposefully fumble Curtis’s syntactically convoluted dialogue.

“His theory was that the script was funny enough that the jokes would take care of themselves,” Grant recounted to the American Screen Actors Guild in 2016. “His job was to stop it all disappearing into a sort of soufflé of nothingness. So everything had to be meant.”

Two and a half decades later, Metro-Goldwyn-Mayer asked the actress and screenwriter Mindy Kaling if she wanted to adapt Four Weddings and a Funeral into a miniseries. Kaling was only interested if she could avoid comparisons to the film. To succeed, she and her co-writer Matt Warburton (The Simpsons, Community) faced two challenges: coming up with something different and coming up with something resonant.

The first challenge involved replacing the film’s infamously British humor with a comic tone tailored for the America-based subscribers of its host platform, Hulu. Overcoming the second, far more crucial, hurdle hinged on creating characters who feel real enough for the audience to care about them. While the product of Kaling and Warburton’s efforts is certainly an American reimagining of Curtis’s classic script, unfortunately, Four Weddings and a Funeral the show mostly fails on this second front. The series tends to favor amusing, one-dimensional caricatures over humorous characters with some verisimilitude.

It’s difficult to say exactly how American and British humor differ. Delivering dialogue that’s “meant,” as Grant put it, is not the exclusive purview of British dramatic comedies. But there are stereotypes—American productions are loud and exaggerated while English ones are dry and nuanced.

What determines scripted comedy’s success is not so much its volume but its integrity.

Naturally, some American films are both comedically loud and dramatically subtle. Take the blockbusters written by Judd Apatow, Seth Rogen, and Evan Goldberg—The 40-Year-Old Virgin, Superbad, Knocked Up—which brim with overt, theatrical exaggerations but are equally capable of soliciting tears and self-reflection. What determines scripted comedy’s success is not so much its volume but its integrity. Actors who appear conscious of their efforts to make us laugh devolve into stand-up comics based in the real world. Actors who appear to simply be characters who happen to have a funny side allow us to enter their own make-believe.

An Apatow alumna herself, Kaling does sporadically capture our imaginations with comic scenarios involving “real” characters in rare moments throughout the series. Yet more often than not, she fails to suspend the audience’s disbelief. We feel like we’re watching actors trying to be funny, as opposed to characters with a sense of humor.

“I’ll try to be quiet, but American talking is British screaming,” says Craig in episode two, while arguing with the mother of his estranged daughter in the National Gallery. It’s an uncannily accurate delineation of which aspects of the series are naturalistic and which aren’t.

The disconnect between jokes and the characters delivering them begins as early as the premiere, when Maya first arrives at Ainsley’s London townhouse and meets her posh neighbor, Gemma (Zoe Boyle). “Ainsley saw me through a very dark time,” she tells Maya, as the two women flex their claims to the role of best friend. “We were renovating our country home and the bathroom tile I had selected was discontinued.” Clearly a wink at the audience rather than a genuine piece of dialogue, it’s a jarring reminder that we’re watching television.

In wonderful opposition, one of the film’s funniest lines is Gareth’s response to an American wedding guest who asks if he really knows Oscar Wilde personally: “No, but I do know someone who can get his fax number for you.” Not only do we accept that Callow is Gareth, but we find ourselves desperate to meet him.

The climax of episode six, in which Duffy vents the frustrations of his unreciprocated love, actually descends into soap-operatic sappiness. “You know what, I don’t care,” he slavishly proclaims to Maya with all the monotonality of asking for extra ketchup. They’re standing outside the reception for Craig’s wedding to his British fiancé, Zara (Sophia La Porta), an erstwhile contestant on the fictional reality TV series Love Chalet (based on ITV’s Love Island). “I’m done—for good this time,” Duffy says lazily before storming off, leaving us feeling nothing.

Conversely, possibly the film’s most captivating moment takes places at Bernard and Lydia’s wedding when Fiona confesses to Charles that she’s been in love with him for years. “Friends isn’t bad, you know. Friends is quite something,” she muses, half defeated, half uplifted.

The supporting cast of 2019’s Four Weddings channels the show’s only true magic. Guz Khan is fantastic as slang-talking Basheer, a mobile phone merchant and DJ who chaperones Kash’s Imam-arranged dates and lights his community theater production of The Sound of Music. It’s not just his East Londoner idioms, such as “cheeky cigarette” and “give man a spin.” Khan delivers a real person who manifests both gags and sincerity without waking us from the fantasy in which Bash exists.

Even the Americans pull off a few truly funny moments of conflict without sabotaging our dramatic fascination in them.

Alex Jennings’ cameo as Maya’s new boss, a gay, conservative London MP named Andrew, is equally superb. His idiosyncratic attitude is another example of how funny performances don’t have to break the spell. “I voted for black history week!” Andrew exclaims when Maya urges him to champion more progressive causes. “Month,” she says. “A whole month?… That’s wonderful.”

Even the Americans pull off a few truly funny moments of conflict without sabotaging our dramatic fascination in them. In episode one, Maya runs into the attractive Pakistani man she met in baggage collection at Ainsley’s engagement party, quickly realizing he’s her best friend’s fiancé. “Kash’s father works at the airport—maybe he can help you find that cute guy,” says Ainsley, Kash standing dumbstruck beside her. “She called him Ryan Gosling dipped in caramel.” The awkwardness is simultaneously terrifying and hysterical.

Most reviews of Kaling’s adaptation will no doubt laud its racially and culturally updated cast. Representing people from a variety of backgrounds in film and television is certainly important, but what makes the show’s heterogeneity especially successful is the particularity and humanity of these updates. Kash and Bash don’t just look different than the actors in the original Four Weddings—they’re also complex and alive with individuality, which is what prestige TV is all about.

In the era of YouTube influencers and 15-second Instagram stories, perhaps audiences want their romantic comedies to be more conspicuous than vérité. Maybe the fact that Maya and her friends frequently come across as successful millennial caricatures, instead of real millennials trying to make sense of this young century, is a plus. Consuming truncated content that breaks the fourth wall is now a near-universal pastime. Should contemporary creators like Kaling be more interested in the relationship between an audience and their screen than the tension between the characters behind it?

Weddings and funerals are settings perfectly suited to dramatization. They’re bestowed with a built-in momentum that carries a plot forward, regardless of what transpires within. Whether it’s British or American, ideally, what’s happening inside the vessel complements and complicates its inevitable journey. Although this new rendition of Four Weddings and a Funeral falls far short of such gestalt, it at least serves up a somewhat substantive soufflé, thanks to a few characters who steal the recipe.

Alessandro Tersigni is a writer whose work has appeared in Format Magazine, The Globe and Mail, The Tyee, and the Goethe-Institut Magazine. He is currently an M.A. candidate in Cultural Reporting and Criticism at New York University. 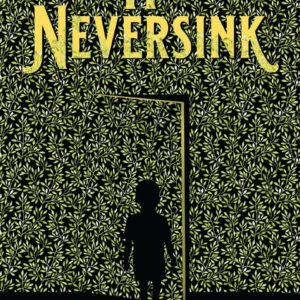 1963 The other day, I had the strangest feeling I was being watched. Jean had already gone over to the Neversink to eat an early...
© LitHub
Back to top