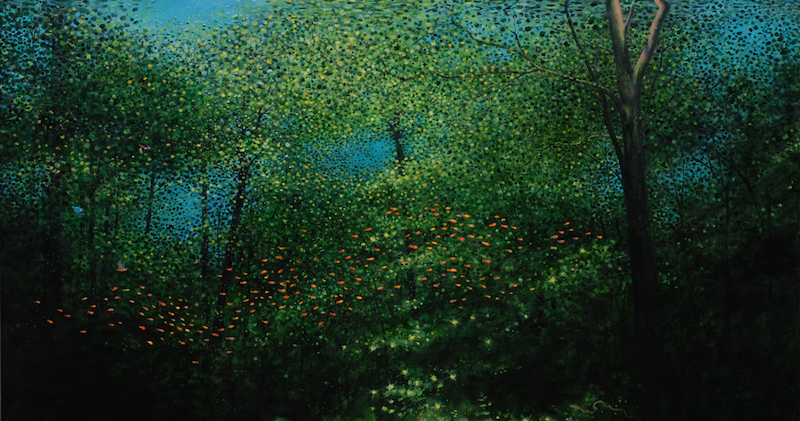 Nancy Star on Getting Lost In the Woods During a Pandemic

Some people get lost a lot. I am one of them. I accept this the same way I accept that I have an affinity for salty food and an excellent sense of smell. Over this past summer of the pandemic, I got lost a lot in the woods of Massachusetts. But my navigational glitchiness is an equal-opportunity one; I’m as good at getting turned around on the grid-like lay-out of a suburb in Northern New Jersey as I am in the woods. I’ve also gotten lost at my desk. I’m a novelist. Getting lost is what I do.

There is a certain rhythm to getting lost in the woods, or anywhere. First, the realization: I’m not where I thought I was; that chaotic ramble of oak brush, the stone wall that dips down like a broken tooth smile, is not supposed to be on this trail which I’ve walked a dozen times before. Next comes the mystery: Where did I go wrong? Was it the fork right where the trail began? Or did I take a wrong turn only moments ago?

Disquiet and doubt sneak in with no warning: Am I actually lost or is this how the trail has always looked and I just never noticed? A decision must be made: Do I retrace my steps or push on? This is where the phone usually comes out of the back pocket. But while a digital map can unscramble the streets of New Jersey—provided the phone is sufficiently charged—in the woods of Massachusetts, the chances of having cell service can be slim. Inevitably the irrational question arises: Is it possible for a person to be lost forever? Then I remember: I know how to be lost. I’m a novelist. Being lost is what I do.

There is a converted garage in Massachusetts where I sometimes write. In that space, I’ve been known to sit for hours at a time, days in a row, month after month, lost. I always start out with a destination; I write with purpose toward something I’m curious about. But the terrain is unpredictable.

I will continue to that white birch and if by the time I reach it a way out has not revealed itself, I will turn around, retrace my steps, and start again.

Characters lose their shape and fade away. New ones appear in the shadows with no indication as to whether they’ve arrived to pull me toward the heart of the story or to lead me astray. In the early days of a first draft, it doesn’t take much for a story to shift.

Some hikers never leave the house without a physical map, a charged phone, and pockets bulging with bags of gorp. Some writers never begin a novel until their notebooks are full of case-histories, character arcs and the last sentence. I head out with nothing but my curiosity, buoyed by a learned experience that if I keep my eyes wide open and listen with full attention, I might catch a glimpse of the unexpected.

Toward the end of the summer of the pandemic, once again lost in woods that all of a sudden darkened because of rain clouds gathering above, I noticed the bright white of a birch tree far ahead and made a deal: I will continue to that white birch and if by the time I reach it a way out has not revealed itself, I will turn around, retrace my steps, and start again.

As a novelist, I’m always making deals. I’m not sure of the point of this scene but I will write five more pages and see what happens next. I don’t understand what this character is doing here but I will stay with him for this draft to give him time to reveal what it is he so badly wants. The ending of this story is stubbornly hiding from me, but I will keep writing until the summer’s over, until the fall is over, until the year is over. I will sit with the unknown and hold on to my faith that eventually I will discover what I need to know.

Nearby the converted garage writing space in Massachusetts, two artists live in the woods; a potter and a sculptor. I’ve never met them but I know their work because I’ve gotten lost in the tangled trails near their home, where some of their work is on display. The first time this happened, I felt a surge of fight or flight adrenaline because I sensed and then saw that someone was standing deep in the woods, watching me as I walked.

Partially hidden in a grove of beetlebung trees, their arms were spread wide, graceful as a dancer’s, their body tipped forward as if about to spring. It took a moment for my brain to work out that the arms and legs were made of driftwood, the head of clay; the eyes that tracked me were on a sculpture, a gift left in the woods to welcome all who looked up long enough to notice.

After that sighting, I began to look deeper into the woods as I walked. On the many hikes I took to relieve my coronavirus anxiety, I made discoveries: painted clay faces affixed to the crusty trunks of old trees; tiny ceramic dragons, tucked between the lichen covered rocks of stone walls. Hidden treasures I would have missed had I been looking straight ahead, or down, or inward, or—trying to keep to a plan—at a map. You can get lost when you toss aside your plan, but also there can be wondrous surprises.

This is how it goes now, in the woods, at my desk, looking out the window into the fog of the pandemic.

The last time I got lost in the woods, at the end of this summer of the pandemic, the path curved and snaked so often I couldn’t see more than a few yards ahead. I found it distressing, not to be able to see where the path was leading. Then I realized, I know this feeling. This is how it feels to write a first draft of a novel. So I surrendered and opened my eyes wide, looking for sprites hiding amidst the trees.

And aren’t we all lost now, in the pandemic, trying to see what’s going to happen next, unable to catch more than a glimpse of a few feet ahead? Plans have been of questionable use. I still don’t know what made me buy so many frozen vegetables. With plans cast aside, I’m left to surrender to not knowing more than whatever is happening in front of me now.

In the first days of the pandemic I noticed birdsong. Walking the streets of my town in New Jersey, there were so many birds singing loudly, as if they’d had saved their most brilliant songs for this moment, to cheer for the skies empty of planes. Months later, it’s the children I notice. Children who used to sit in the back of cars, driven after school from one programmed activity to another, are now out bicycling, alone or with friends or family, all of them going nowhere particular, together.

My neighbors, lovely people whom I mostly used to see when blizzards forced us outside to shovel, neighbors who previously entertained friends inside or in backyards, have come out to sit on the Adirondack chairs that one day sprang up around the neighborhood front lawns like so many dandelions, so that people could say hello to passersby who might or might not be the people who live across the street. With masks on, it can be hard to know.

This is how it goes now, in the woods, at my desk, looking out the window into the fog of the pandemic. One foot, one day, one page after the next, eyes wide open, trying to keep faith. We are all novelists now, waiting for the end of our story to reveal itself. 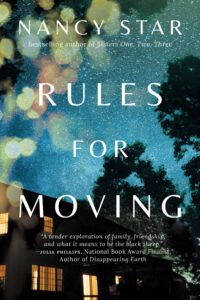 Nancy Star is the author of the bestselling novel Sisters One, Two, Three, a Publishers Weekly top ten print book and Amazon Kindle bestseller of 2016. Her previous novels, which have been translated into several languages, include Carpool Diem, Up Next, Now This, and Buried Lives. Before turning to writing fiction full-time, Nancy worked for over a decade as a movie executive at the Samuel Goldwyn Company and the Ladd Company, dividing her time between New York and London. She now lives in New Jersey and Martha's Vineyard with her husband. For more information, visit www.nancystarauthor.com.

Danger and Depth in Literary Thrillers: This Month's Audiobook Recommendations

A Young V.S. Naipaul Writes to His Dad About Wanting to Fit in at School 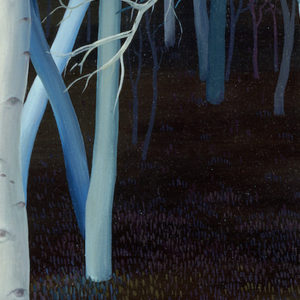 Danger and Depth in Literary Thrillers: This Month's Audiobook Recommendations

“A spoonful of honey makes the medicine go down,” says S. A. Cosby on the appeal of thrillers. The medicine he’s referring...
© LitHub
Back to top
Loading Comments...