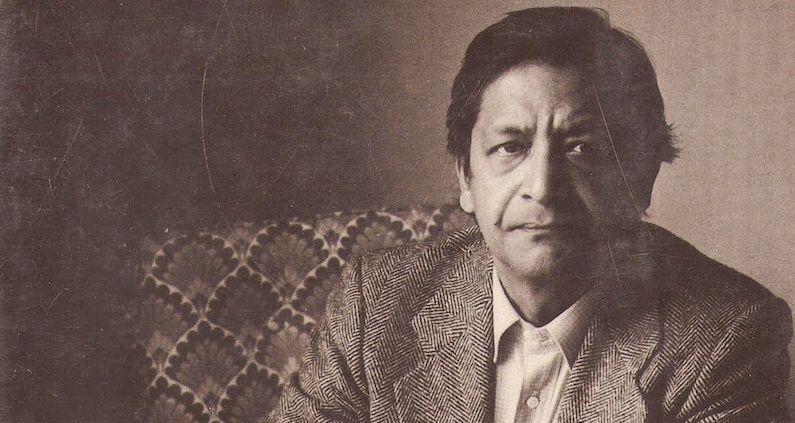 A Young V.S. Naipaul Writes to His Dad About Wanting to Fit in at School

It Can Be Hard to Find Your People at Oxford

Believe me when I tell you how happy I am that you are writing. You shouldn’t let the choice bother you. It merely means that you have two novels to write. And you should not let age worry you either. You have probably heard me speak of Joyce Cary. He started to write after he had retired from the Colonial Service. He is now, I am sure, past fifty. I saw him last Sunday.

I think you will be glad to know that Swanzy will probably use my story in June or July. He wrote about a fortnight ago, telling me this, but asking me to rewrite the last page, which he thought was “too literary.”

I did pretty well in my examinations—beta plus being my lowest mark—and my tutors are rather disappointed that I didn’t get a distinction. But then only three men in the whole university got a distinction. I did the best in my college, anyway.

Please do not let the Guardian get you down. I know how much that sort of thing hurts, but please don’t worry about it too much. As was to be expected, I got no promotion on the Isis, and as a matter of fact I think they are trying to ease me out. The whole of Oxford is run on lines so frightfully cliquish. You have got to belong to the circle of the boys if you are to get along.

I came back late to the university this term and discovered that all the term’s reporting had been already portioned out—and I wasn’t included. I was later asked to pick up any extra news that may be unswept by the staff! This probably sounds familiar to you. But there are good points. I have been given my first feature to do. It is a pretty big thing, two pages with pictures, and it is going to deal with the impact of the expansion of Morris Motors (just outside Oxford) on the university.

At last I have found my own clearly defined circle of friends. It is pleasant to find that sort of thing.

I hope I do something well. Only the big boys do get these kinds of jobs. So I suppose I shouldn’t worry. I have been told, in writing and in word of mouth, that I shouldn’t feel that I am not wanted on the Isis, that my work is liked, etc.—you know the usual waffle. But you never can tell with these people.

We had about a week ago four brilliant days at a stretch, but it is now cold and raining. What weather! But I like it. It is so full of change.

Boyzee, you will be glad to hear, has at last got into medical school, at Newcastle, which is a good hundred miles north. I am happy for him.

A boy called Abdullah is getting cigarettes from home—200 at a time—in gift parcels. Couldn’t I be helped out the same way? I shall pay for anything. And please don’t say don’t bother to pay, for I understand the position.

At last I have found my own clearly defined circle of friends. It is pleasant to find that sort of thing. They are none of them terribly brilliant, but there is one boy, English who grew up in India, who is an artist and who failed his exams and is going to leave Oxford this term. This long summer vacation—16 weeks—is going to kill me with boredom, if I don’t find a job. I hope I get one.

About the typing of your stories: don’t people in Trinidad do people’s typing? In England the rate is 1/3–1/6 per 1,000 words. The average-sized novel is roughly 70,000. So you can work out the cost of typing.

I should have written to Savi. But what news can I tell her, or anybody else for that matter? All I have to say I say. These letters are for general reading—and I hope no one wants carbon copies!

My love to everyone, to Ma and Shivan and Meera and Satti.

I have bought Kamla’s books, and shall send them today or tomorrow. 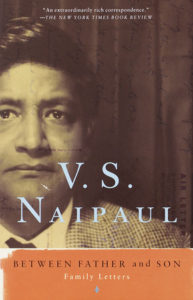 From Between Father and Son by V.S. Naipaul, published by Vintage Books, and imprint of the Knopf Doubleday Publishing Group, a division of Penguin Random House LLC. Copyright © 1999 by V.S. Naipaul.

V.S. Naipaul's novels include A House for Mr Biswas, The Mimic Men, Guerrillas, A Bend in the River, and The Enigma of Arrival. In 1971 he was awarded the Booker Prize for In a Free State. His works of nonfiction, equally acclaimed, include Among the Believers, Beyond Belief, The Masque of Africa, and a trio of books about India: An Area of Darkness, India: A Wounded Civilization and India: A Million Mutinies Now. In 1990, V.S. Naipaul received a knighthood for services to literature; in 1993, he was the first recipient of the David Cohen British Literature Prize. He received the Nobel Prize in Literature in 2001. He died in 2018. 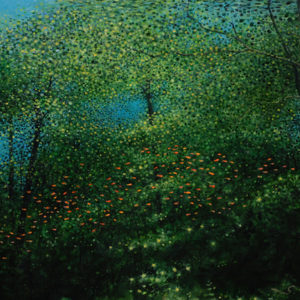 Some people get lost a lot. I am one of them. I accept this the same way I accept that I have an affinity for salty food...
© LitHub
Back to top
Loading Comments...