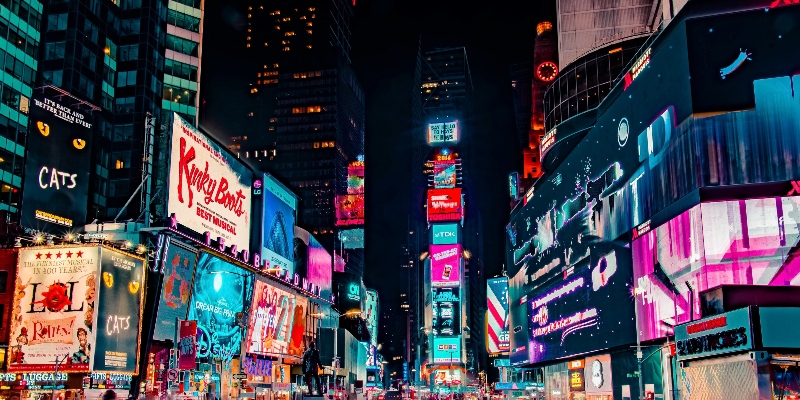 Author and notorious New York Post columnist Michael Riedel joins Jacke to discuss his new book, Singular Sensation: The Triumph of Broadway, which explores the world of big-budget Broadway musicals in the 1990s. Along the way, he and Jacke discuss how he got his start as a Broadway columnist; musicals from The Lion King to The Producers; the devastating impact of 9/11 and the current COVID-19 pandemic on New York theater; and some post-pandemic changes that might help Broadway get back on its feet. In preparation for this month’s Thursday Theme, the plays of Chekhov, Jacke also asks Michael about the financial viability of spoken-word drama, including a potential make-it-on-Broadway scenario for the aspiring young Chekhovs of today.

Michael Riedel: I thought, my god, if I have to write all the way up to Hamilton, this book is going to be longer than Robert Caro’s The Power Broker, and that’s 1,200 pages. I don’t have it in me to write a 1,200–page book, so I thought, well I’ve got to end this book somewhere. I knew I could do the 90s because I lived through it, I saw all the shows, and I did see the Americans reclaim Broadway. I saw the importance of Angels in America, the return of Edward Albee, as I document in the book. And my idea was clear, which was that in the 90s, Broadway really became, once again—as it had not been since the 1940s and 50s—part of mainstream American popular culture. Shows like Rent and The Lion King and Chicago, they were as well known as any movie or TV show on the air. Everybody knew those titles when they opened. And I thought, okay, that’s a good decade, but how do I end it?

One day, as I was mapping the book out in my mind, I looked down here in the West Village in New York, I looked outside of the window one day. Now I just see fancy apartment buildings that have sprung up in my neighborhood in the last 15 years. But I moved them to get into my apartment in ’96. And I woke up one morning and I looked out—I always had a clear-on view every morning of the World Trade Center. And one morning I woke up and I saw this big black gash in the North Tower of the World Trade Center with smoke coming out. And that was a very weird sight to see, I gotta tell you. And then I saw the second plane hit the World Trade Center, and I watched the buildings fall.

And I remember that morning I called my friend Gerry Schoenfeld, who was running the Shubert Organization, and I said, Gerry, what’s going on? He said, Michael, we don’t know. He said, we’ve been told that there are bombs in Times Square. We’re closing all the shows tonight, and we don’t know what’s going to happen.

And then, it was Rudy Giuliani, who that night, September 11, told me, he said, “I had to get some sleep, I had to go home because I knew I had another horrific day to deal with. I thought if I could just get one hour of sleep, I can just try to get through everything here. I couldn’t sleep.” And he happened to be reading a biography of Winston Churchill, and he turned to the chapter on when London was being bombed by the Nazis. And Churchill insisted that the theaters—the ballet, the opera, the symphony—that they all go on as a way of showing the British people, and the world really, that the German bombing would not bring England to its knees, that life would go on as we know it. And Rudy thought, you know what, I need to show the world that New York will not be brought to its knees by terrorism. What is the one emblem that New York has? Yes, we have the Statue of Liberty and the Empire State Building, but the other thing that New York has that no other city in the world has is Broadway. And Rudy thought, if I get the lights of Broadway lit as soon as possible, that is a big symbol that New York is not broken and it’s open for business and come and support us.

And as I detail in the book, those two days of getting Broadway up and running again by September 13, Thursday night, two days after 3,500 people were murdered in the city, and there was an entire possibility that there were going to be more terrorists, we didn’t know. But I went that night to The Producers, then the hottest show in town. I went with Mel Brooks and his wife, Anne Bancroft, and 500 people came out. That show was sold out; you couldn’t get a ticket. But on September 13, 2001, there weren’t a whole bunch of people rushing to see a Broadway show. But 500 people came. They came. And Matthew Broderick and Nathan Lane, at the curtain call, they led 500 people in tears singing “God Bless America.”

And I remember in the apartment, looking, thinking about September 11, and I thought, that is how I end the book. I show how Broadway came back after what was the most horrific and unexpected attack on American soil. And Broadway rallied. And that’s why the subtitle of the book is The Triumph of Broadway. “The triumph of Broadway” meant Broadway coming back after that terrible, terrible moment in American history. I never intended for the title to be ironic. I finished the book in February and went skiing the first week of March—and I got back from the trip and Broadway shut down. And it’s still shut down now.

Michael Riedel has been the theater columnist for the New York Post since 1998. New York magazine has called his column a “must-read” for the theater world. Michael began his radio career as regular on the Imus in the Morning show in 2011. In 2017 WOR, New York’s oldest and highest-rated station, asked him to cohost its morning show with well-known sportscaster Len Berman. The Len Berman and Michael Riedel in the Morning show is the highest-rated morning radio program in the New York City area. Michael’s book Razzle Dazzle: The Battle for Broadway won the Marfield Prize for arts writing in 2015 and is widely considered to be the successor to William Goldman’s celebrated 1967 book about Broadway, The Season. A graduate of Columbia University, Michael lives in the West Village. 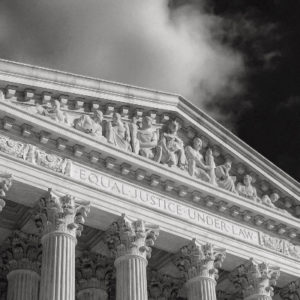 In The Religion Clauses: The Case for Separating Church and State (Oxford University Press, 2020), Erwin Chemerinsky and Howard...
© LitHub
Back to top