According to the Kind of People Who Gamble on Literary Prizes

As of publication, the following writers (all men) are given the best odds at winning the 2016 Nobel Prize for Literature, which will be announced tomorrow, shortly before sunrise EST. The assembled literary experts at Ladbrokes (i.e. the punters who bet on such things) have, through the collective intelligence of the calculated wager, come up with a list of the likeliest people to receive that special phone call from Stockholm. Should you find yourself stuck in an elevator with some bookish types or at a well-heeled dinner party, here’s a little reading material to help you carry on a conversation about the Nobel frontrunners.

Ngũgĩ wa Thiong’o is a Kenyan playwright, novelist, and essayist who began his literary career writing in English but made a very public (and political) decision in 1977 to switch to his first language, Gikuyu. This choice came with very serious real-life consequences, as Ngũgĩ was imprisoned by the regime for a year, after which he fled to the US… He is the author of numerous novels, children’s books, plays, and essays, along with two works of memoir and a short story collection (if you’re keeping tally), and was similarly favored to win by Ladbrokes six years ago… Read a section of Ngũgĩ’s recent memoir here: “I am leaving the colonial Kenya of terror and uncertainty but also the country of my private dreams and desires.”

You know who was number three on the aforementioned list of Ladbrokes Nobel predictions way back in 2010? Yup, Haruki Murakami. As an international darling of the alienated jazz-loving jogger set, Murakami has for years had a much higher profile than his fellow frontrunners, but has perhaps been victim to a Nobel committee that values political commitment and personal sacrifice alongside artistic achievement. Whatever the case (and he may well win it all this year) read Murakami describe the precise moment he decided to become a writer: “One bright April afternoon in 1978, I attended a baseball game at Jingu Stadium…” (And here‘s Naomi J. Williams on why she actually hopes Murakami doesn’t win.)

Adonis is the pen name of Syrian poet Ali Ahmad Said Esber, a perennial Nobel shortlister who never quite makes it over the hump. Is this the year? Probably not, but we’re pretty sure at this point Adonis no longer really cares (if he ever did in the first place) and will likely continue growing his legacy as one of the greatest Arab poets, whether he wins or loses. Never afraid to speak his mind, here is Adonis in conversation about the failure of the Arab Spring.

It seems that every year one or two of Cormac McCarthy or Don DeLillo or Phillip Roth (also 12/1 this year) sits at third or fourth in this list, in the much ballyhooed old white American dude slot (trivia: name the last American-born man to win a Nobel*.) It’s hard to imagine a guy like DeLillo will ever be the fashionable choice again, but his default position as poet laureate of declining American Empire might just move the Nobel committee to go with one last grizzled Yankee before Jonathans Lethem and Franzen start not winning the Nobel for the next 30 years, on behalf of American white dudes. Just last year DeLillo was honored by the National Book Foundation, and gave a great short speech upon accepting his reward. You can read it here: “Lately I’ve been looking at books that stand on two long shelves in a room just down the hall from the room where I work.”

Jon Fosse is an incredibly prolific Norwegian playwright and novelist who seems to write a book and a play at least once a year. At 57 he might be a little on the young side for a Nobel, but you never know with the committee: Orhan Pamuk was 54 years old when he won in 2006. Though maybe he should win based on the strength of this video:

Adonis on The Complete Failure of the Arab Spring 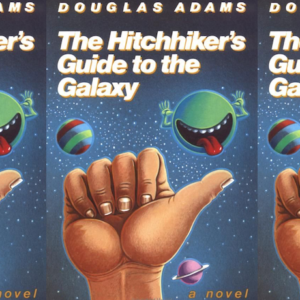 Growing up under the Russians: Durs Grünbein remembers a childhood under occupation. | Literary Hub The top...
© LitHub
Back to top