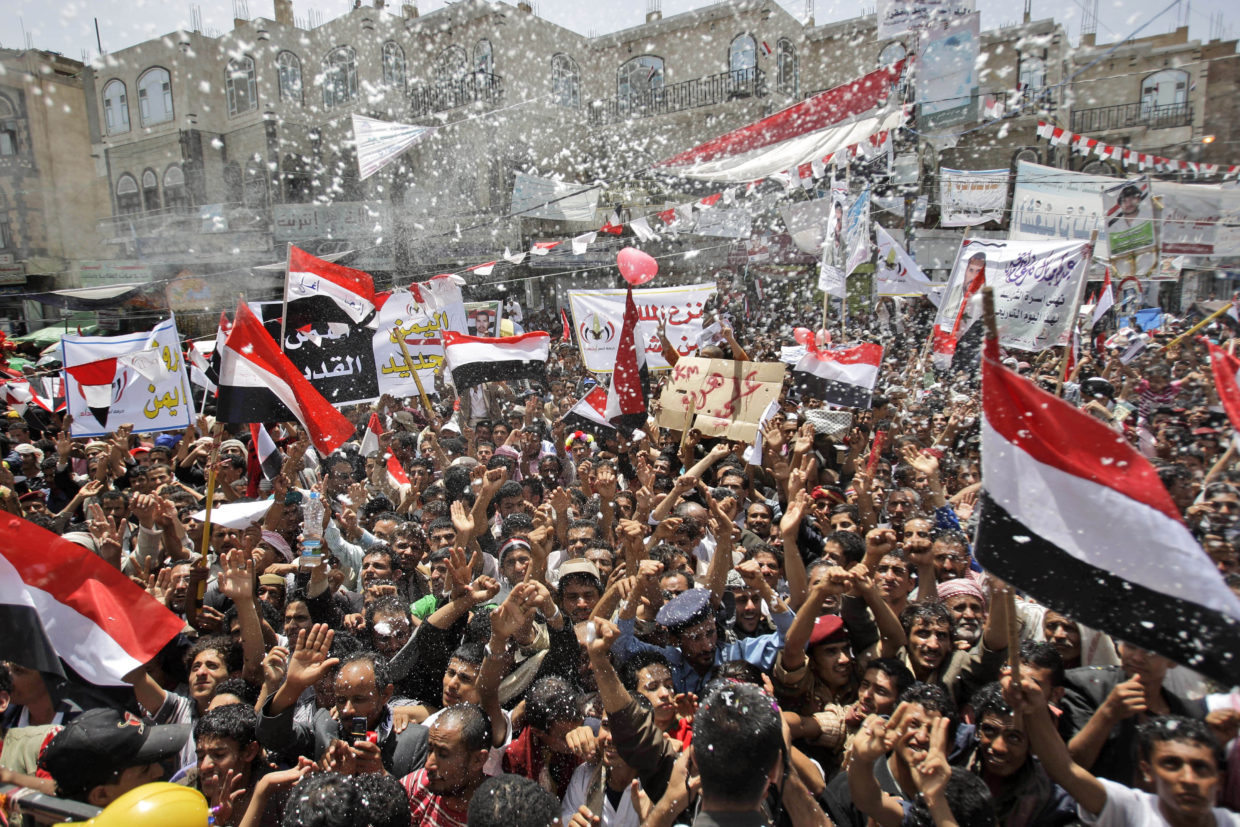 Adonis on The Complete Failure of the Arab Spring

From Violence and Islam: Conversations with Houria Abdelouahed

The following conversation is from Violence and Islam: Conversations with Houria Abdelouahed.

Houria Abdelouahed: Adonis, how do we explain the failure of the Arab Spring?

Adonis: In the beginning, the Arab uprising brought to mind an awakening. A very beautiful awakening. But the events that have followed in the wake of this Arab Spring have demonstrated that it wasn’t a revolution, but rather a war, one which, instead of opposing tyranny, has itself become another form of tyranny. Of course, there were forces of opposition that didn’t have recourse to violence. But these were crushed beneath the weight of the events that followed the beginning of the uprising. Moreover, this revolution has shown that it is confessional, tribal and not civil, Muslim and not Arab. Yet the situation of Arab society needed to change radically.

H: By ‘radically’ I assume you mean in political, social, economic and cultural terms.

A: Exactly. The problem is that this change came up against the eternal questions of religion and power. The people, who had had their rights abused, dreamed only of overthrowing the existing forms of power without paying sufficient attention to the question of institutions, education, family, the freedom of women and of the individual. So there was a lack of reflection on the way of founding a civil society, namely the society of the citizen.

H: So we might say that individuals, oppressed as they were by political power, did not work towards a genuine change and were unable to think about the complexity inherent in all change.

A: Absolutely. It was to do with an error of vision: it is impossible in a society like Arab society to create a revolution unless it is based on secular principles. Moreover, the organic relationship between the rebels who claimed to adhere to this so-called revolution and foreign forces was a second mistake. Instead of thinking of themselves as independent, the rebels aligned themselves closely with foreign forces.

H: Was it these individuals who sought the West’s intervention or was it the West that took advantage of the situation to gain purchase on the start of a revolt?

A: Both. And the consequences have been disastrous. The alliance with foreigners has compromised the movement. I might add that the armed violence has played a large role in the destruction of the revolution. Sophisticated weapons flooded in from outside. We know that the revolutionaries could only have acquired these arms from foreign forces. As a result, instead of destabilizing the dictatorial regimes, they have destroyed their countries.

H: But if we take the example of Syria, the regime has also wreaked a terrible carnage and played its role in the destruction.

A: That’s true. But a revolution that seeks change cannot destroy its own country. It’s true that the regime was violent, but the rebels should have avoided dragging the country into chaos. To cap it all, fundamentalism is back, better organized and more cruel. From hope and a desire to see better days, we have sunk into obscurantism. Instead of change full of hope, we are living through a genuine disaster. Further, not a word has been uttered about the freedom of women. Can we talk about an Arab revolution if women are still prisoners of Sharia Law? Recourse to religion has transformed this spring into a living hell. Religion has been interpreted and used for ideological ends.

H: Is the problem that the religious types have taken advantage of the unstable situation to reverse the revolution, or is it that the Arab Muslim remains, deep down, fundamentally religious?

H: And in this regression we encounter something familiar, something well known. In Al-Kitāb III, you say: ‘Aleppo– How many times you have revolted. The sword sliced off the heads of your rebel sons . . . / How many times you have embraced tyrants!’ When we read these verses, it as if we are reading about the Aleppo of today. In your view, what is the meaning of this repetition? Why, after fifteen centuries, are we still subjected to the Law of the Sword?

A: There has been a lot of talk about the Arab Spring as if it had nothing to do with the past. Yet it is clearly related to our history. Firstly, people seem to forget that we have known revolutions which have been more radical than that promised by the Arab Spring. That of the Zinj, for example, known as the ‘Revolt of the Blacks’. Then there was the revolution of the Qarmatians, who called for the establishment of a system that today we would label socialist. That is not to mention other, smaller revolutions that called for liberty and equal rights. These revolutions, both large and small, were more important and more radical than the Arab Spring.

H: I have something to add here: I never heard tell of either the Zinj revolution or the Qarmatian revolution during my primary or secondary education in Morocco. Our school books kept us in complete ignorance. It was during my university studies in France that I discovered these protest movements and heard about their extraordinary struggles against power and against racial and social discrimination.

A: The problem is that our history remains the history of a dictatorial regime and not that of the people, just as our culture is the culture of power and of the reigning regime. There is no mention of the people, nor of its revolts, and even less of its aspirations. The emphasis is constantly on the caliphate of God; the rights of citizens are completely overlooked.

H: It’s true that in order to know about these sequences of Arab history you have to have an immense curiosity and a taste for subversive literature. The firaq bāt. inīya (Batinite groups who had a political vision, such as the Qarmatians) are not taught in schools. And as there are secret police roaming university campuses, their name is not even mentioned.

A: The Qarmatians represented an appeal for equality, the sharing of wealth and a fight against misery and poverty. They were progressive and extolled socialist values. In their vision, the individual works and contributes to the enrichment of the public treasury, which in turn redistributes money to the people, according to each individual’s need and the work he or she does.

H: They were pioneers of Marxism. Theirs was a revolt against the spirit of ‘Uthmān, the third caliph, who was Muhammad’s son-in-law, and who excessively enriched his family and the future Umayyads.

A: You could say that they rose up against the practices of the first Islam, that of the caliphate.

H: ‘Uthmān, who was twice Muhammad’s son-in-law, forgot about the people as soon as he became caliph. God’s representative on earth became the most unjust of men.

A: That is why he was besieged, and later assassinated, at Medina in 656 (AD). The revolution against ‘Uthmān gathered together insurgents from Mecca, Kufa (in Iraq) and Egypt. This revolution represented a high-water mark of political consciousness and a major protest movement.

H: As for the Zinj, that is, the Blacks, they fought against racism and social discrimination.

A: The Zinj opposed servitude. They called for the abolition of social discrimination based on the difference between ‘races’. Proclaiming justice for all, they defended the idea of citizenship and equal rights. Citizenship should be based on something more than skin colour or social class. It was this desire that animated their revolt. They were more radical and more advanced than the rebels of the Arab Spring.

H: But they were opposed and exterminated. These exterminations are part of the history of Islam. This is the lesson of the historical sources on which Al-Kitāb is based.

A: When we speak of Islam in this context, we have to distinguish two levels: the theoretical level closely bound up with power, and the constitutional and practical level. The first level stays unchanged. We can summarize it in the following way: Islam is based on three essential points. Firstly, Muhammad is the Prophet of Prophets. Secondly, the truths he transmits are consequently ultimate truths. Thirdly, the individual or the believer can add or change nothing; they have to content themselves with obeying the precepts. Throughout history power has demonstrably overseen this unchanging perpetuation of the concept of religion which I have just outlined.

H: Like a snake eating its own tail: the king derives authority from heaven and heaven is defended by a king who applies the precepts of heaven.

H: The king is the representative on earth . . .

A: Logically, man cannot represent God. The caliph can represent the Prophet. The Prophet, like all men, can commit errors. Calling the caliph the representative of God is tantamount to saying that he is God on earth.

A: Anyone who opposes this representative of God is considered a renegade. Moreover, Islam fought against the civilizations that preceded it. And it drew a black-and-white picture of the world devoid of any plurality. Its motto was: no design, no law, no plan can equal the vision of the representative of God. This comes down to saying: don’t dream of a better future but submit to, and apply the letter of, this orthodox and dogmatic vision of the world that has predominated since the beginning of Islam.

H: We might say that the past remains an ideal that cannot be dethroned or surpassed. Knowing only how to live in the embrace of the past, individual Arabs lack the wherewithal to make a revolution.

A: Any future lies in the past. That’s where the repetition comes from. The remains of the past are constantly recycled. The present is confused with the past. Having said that, let us not forget that there have always been innovators in every field in the Arab and Muslim world. Nevertheless, these innovators have never espoused religious dogma as it is practised by the caliphs or the monarchs.

H: But you also say that the great innovators have always been attacked by the political powers-that-be.

A: Indeed. But in truth all the creators, all those who have written works in the fields of poetry, philosophy, music, etc., those who built Islamic culture or Arab civilization, were not Muslims in the traditional sense of the word. For example, the great poets such as Abū Nuwās, al-Mutanabbī, al-Ma’arrī, etc., were against the official religion. And no philosopher has ever been, strictly speaking, a believer or a religious person. Those who created Islamic civilization transgressed Islam in the dogmatic sense of the word. All this needs rethinking.

From Violence and Islam: Conversations with Houria Abdelouahed. Used with permission of Polity UK. Copyright 2016. 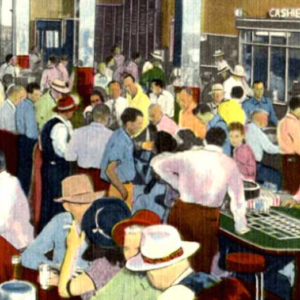 As of publication, the following writers (all men) are given the best odds at winning the 2016 Nobel Prize for Literature,...
© LitHub
Back to top
Loading Comments...