On the Anniversary of the Astor Place "Macbeth" Clashes

Four hundred years after his death, William Shakespeare has become a byword for internationalism and cultural relations. He is the world’s most popular playwright, we’re told, perhaps the most translated secular author in any language. He’s even done his bit for global diplomacy: on a recent state visit to Great Britain, the Chinese premier Xi Jinping was presented with a volume of the Sonnets by Queen Elizabeth, and responded by proclaiming his solemn reverence for England’s greatest poet. In our politically fractious, globally uncertain age, it’s easy to agree that Shakespeare is part of humanity’s common inheritance.

To paraphrase Henry VI Part III, how the worm turns. Follow the global story of Shakespeare over the last four centuries and you find numerous occasions where his work has been a source of hostility—bitter national rivalries, aggressive repossessions. Nineteenth-century German scholars attempted to argue that Shakespeare was culturally German rather than English; after Hitler came to power, the Nazis issued a pamphlet entitled Shakespeare: A Germanic Writer (the British got their own back, with Laurence Olivier’s stirringly patriotic 1944 film of Henry V, dedicated to the Allied forces about to land in Normandy). On the other side of the world two decades later, Shakespeare’s works were banned during the Chinese Cultural Revolution for being a subversive influence. Premier Xi, then a teenager, has claimed he read the texts in secret.

But perhaps the most arresting example of Shakespeare’s role in stoking international conflict dates back to May 1849, and occurred in—of all places—New York City. The affair began as a grudge match between two actors, but escalated into a street riot outside the Astor Place Opera House in which at least 22 people died. The Astor Place Riot still counts as one of the bloodiest episodes in New York’s history. The cause of the incident seems, by contemporary standards, hard to credit: who played the better Macbeth—an Englishman or an American?

The saga began several years earlier, in 1845, when the volatile Philadelphia-born star Edwin Forrest—the American in question—was on tour to the UK. Stung by a poor reviews in London (the Spectator yawned that his Othello was “affected” and said his “killing of Desdemona was a cold-blooded butchery”), Forrest became paranoid that his great rival, the eminent English actor William Charles Macready, was orchestrating a campaign against him. The following March, Forrest bought a ticket for Macready’s Hamlet in Edinburgh; just as the play-within-the-play scene began, Forrest hissed, loudly and publicly. The affair became a scandal, particularly when Forrest sent a letter to the London Times pouring scorn on Macready’s “fancy dance” of a Dane. Back in the US, Forrest—narcissistic even by the standards of most actors—exulted that he had struck a blow against anti-American prejudice.

Macready, an altogether quieter and more uptight character, was shocked, but had little sense how things would escalate. On his own return tour to the US in the fall of 1848, he was astonished to discover that many American reviewers—who had praised him to the rafters on previous visits—had mysteriously turned against him. When he reached Forrest’s hometown of Philadelphia, he was dismayed to find that his enemy had arranged to perform many of the same dates in direct opposition. One night, Macready’s Macbeth was interrupted when the audience began fighting amongst itself. As the curtain came down, Macready protested, only to find when he opened the paper the next day that Forrest had printed a furious take-down of his “narrow, envious” rival. The dispute simmered: in Cincinnati a few months later, half a sheep was thrown at Macready’s feet.

Much worse was to come in New York the following May. Macready had decided to begin his residency at Astor Place with, again, Macbeth, one of his favorite roles; Forrest responded by staging his own version at the Broadway theatre a few blocks away, again programming it on the same nights for maximum effect. Fired up by press coverage about a competition between the “Native Tragedian” and his “Eminent” rival, capacity crowds swarmed to both.

At one performance, Forrest declaimed the line “What rhubarb, senna, or what purgative drug / Would scour these English hence?” and brought the audience to its feet. Macready’s audience the same night, by contrast, had turned against him: within minutes, he was being pelted with rotten eggs and old shoes, and then—more alarmingly—chairs. The show ground to a halt halfway through Act Three. The Englishman was all for jumping on the next boat home, but was dissuaded by some of New York’s leading figures, among them Herman Melville and Washington Irving, who convinced him to do a final Macbeth on the 10th of May, with police protection. It would be one last chance to win over his detractors.

Even allowing for the unlucky history of the Scottish Play, it was not a smart decision. The performance had barely started before it was disrupted by protestors, who were arrested—news of which only incensed the substantial mob that had gathered outside. Swelled by ranks of criminal gangs of “b’hoys” from the Bronx, they tried to storm the theatre, but, finding the doors locked, pulled up paving stones from the streets with their bare hands and began to throw them through the windows. On stage, Macready soldiered on through the final act, “in the very spirit of resistance [flinging] my whole soul into every word I uttered.”

He was unaware that by then a detachment of cavalry had arrived in Astor Place and were attempting to disperse the mob, which had only increased. Panicking that they were losing control, the soldiers fired—at first into the air, then into the crowd. In the theatre, the audience thought the noise was firecrackers going off. In the confusion and smoke outside, some 50 soldiers were wounded, and more than twenty people left dead or dying. Among the deceased were an Irish laborer, a butcher, and a Wall Street broker. Macready was rushed away from the building in disguise, and would never act in America again.

How did events get so out of hand—and about Shakespeare, of all things? Resentment between Britain and America had been seething for decades, since the War of 1812, if not long beforehand; culture was a major bone of contention. In Democracy in America, Alexis de Tocqueville had offhandedly declared that America had no real literature of its own; many Americans had rankled—with good reason—at the snooty assessments of American morals and conduct by the likes of Frances Trollope’s Domestic Manners of the Americans (1932) and Charles Dickens’s American Notes (1842). In the late 1840s, class tensions within New York were at boiling point, and liable to explode at any time. An indignant press on both sides of the Atlantic was only too eager to fan the flames of the argument between “Nativists” and “Anglicists,” and transform a personal dispute into a symbol of a culture war between the Old World and the New.

In the 19th century the theatre—above all, Shakespeare—was where such conflicts were often fought out. Star performers attracted passionate followings that resemble those of contemporary hip-hop artists or boxers, and were paid nearly as much; the question of who was better at, say, Othello or Richard III was debated with an urgency that we reserve for sports teams and American Idol. Brought up on Shakespeare in school, many American audiences—even those from working-class backgrounds—knew many plays almost by heart, and were not above yelling out lines or loudly providing commentary on the show as it was happening. Whereas the closest most modern audiences get to a fracas is when someone forgets to put their cellphone on silent, in the 1800s spectators were used to demonstrating their feelings with voices and fists; sometimes chairs. By the well-behaved standards of contemporary theatre, this world seems unimaginable—and rather thrilling.

Perhaps this is the striking thing about the Astor Place Riot: how it reflects a world we have forgotten. It speaks of an age when theatre was genuinely a mass form of entertainment, and when Shakespeare was part of American society at every level. The violence that descended that day in May may seem surreal in its origins, but it also attests to a culture that saw Shakespeare as someone—something—worth fighting for. Despite the death toll, perhaps it’s us who are the losers. In 2016, it’s hard to imagine a debate over who performed the better Macbeth making it much beyond Facebook or Twitter. You can bet your hat no one would have died.

Andrew Dickson was raised in Yorkshire, and studied at Cambridge. He is currently an honorary fellow at Birkbeck, University of London, a former visiting fellow at the University of Warwick, and has contributed to The New Cambridge Companion to Shakespeare. Formerly an arts editor at the Guardian in London, he continues to write regularly for the paper and has also written for The New Yorker online and The New Statesman. He makes regular appearances on BBC radio and TV as a presenter and reviewer. 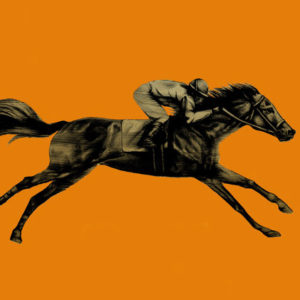 Our collective bookish focus turns to Chicago tomorrow, where the annual BookExpo America begins with a Bloggers Conference...
© LitHub
Back to top