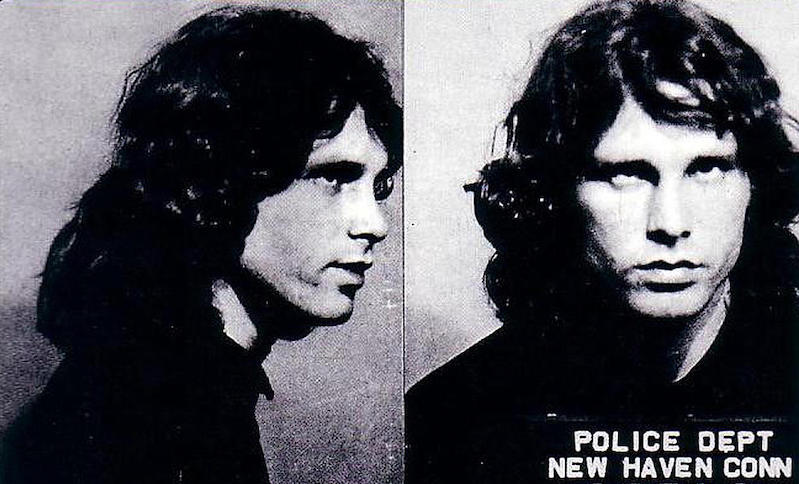 When I look back over my life I don’t see everything in sequence. I recall moments. Sensations. My memories are rarely linked chronologically. Or even logically. Sometimes they’re brought to the surface by the sight of an old photograph, the sound of an old song, or, as once was the case, the smell of tear gas.

It’s actually tough to describe the smell of tear gas because by the time the odor hits you, you’re more preoccupied with its effects. Ray and I were performing together in Bogotá, Colombia, in 2009 when the military tried to shut down the show by tossing tear gas canisters into the venue and barring the doors from the outside. I couldn’t even see the cloud; I was just playing my guitar when suddenly I started gagging. Ray and I stopped midsong as our eyes watered up. The crowd panicked. We retreated backstage, where our manager stuffed wet towels under our dressing room door.

Our crew passed out water to people in the audience and paramedics were running around treating people who were injured. The military guys kept threatening our crew, but after an hour or so they finally backed down, the cloud of tear gas dispersed, and we were able to finish the set to an appreciative and clear-eyed crowd. It wasn’t the most pleasant experience, but it was one that transported me back in time, and helped me empathize more closely with what Jim must’ve gone through at the New Haven Arena.

The infamous New Haven concert is cited in every retelling of our band’s history, so I suppose I should offer my account here. And maybe even take my share of the responsibility.

Jim’s drinking habit had grown in parallel with our success, so the members of our band and crew rotated the chore of attempting to keep him as sober as possible.

It was the end of an exhilarating year: our song “Light My Fire” had changed everything over the summer of ’67, and by the fall, our second album, Strange Days, joined our debut album in the top five. Jim’s drinking habit had grown in parallel with our success, so the members of our band and crew rotated the chore of attempting to keep him as sober as possible on show nights. On December 9, 1967, that chore had fallen on me. Jim and I were enjoying a quiet dinner with our respective dates before our show in New Haven, Connecticut. He wasn’t drinking more than his usual amount, but his usual amount was more than usual to most people. I had yet to discover a successful strategy to lure Jim over to moderation. Arguing didn’t work. Saying nothing didn’t work. Encouraging him didn’t work. That night I went with gentle nagging: “Are you sure you wanna order that?” and “Come on, man, we have a show in two hours.”

Later that night I was in our dressing room when I heard Jim screaming. We all went running out to see what happened and found Jim yelling at some cops and the cops yelling back. During the commotion we stitched together what had happened: Jim was making out with his date in a shower stall when a police officer confronted him, thinking he was a random member of the crowd who had snuck backstage. Jim allegedly mouthed off, and the cop allegedly sprayed him with Mace. I had no problem believing the story. Jim loved mouthing off to cops, and cops loved having an excuse.

When I inhaled tear gas in Bogotá it wasn’t the same as being maced directly in the eyes, of course. But once Jim’s eyes were washed out he seemed relatively fine. It turns out that one of the reasons the police switched from the chemical form of Mace they all used in the sixties to the pepper spray they use today is because Mace was often ineffective against people under the influence of alcohol. So maybe it was a good thing my nagging at dinner hadn’t worked: Jim’s drinking may have actually saved the day!

The show itself—or at least the portion of it we got to play—went pretty well. If anything, the Mace probably sobered Jim up a bit. As we started playing “Back Door Man,” Jim launched into his now-famous rant about the little blue man in the little blue suit with the little blue cap who had temporarily blinded him backstage. The crowd cheered Jim on as we jammed behind him. Like at all the best Doors shows, we were creating a moment. A specific connection with a specific audience that would exist only on that specific night. I was completely oblivious to the dozens of police officers waiting in the shadows until the house lights came up and the shadows were removed.

Suddenly we were surrounded. A police lieutenant marched onto the stage and Jim offered him the microphone: “Say your thing, man.” Even at that point I wasn’t really nervous. What were they going to do, arrest him? Onstage? In the middle of a show? For telling a completely true story?

As it turned out, yes. The police grabbed Jim and the crowd went wild. Ray, John, and I stood there in shock.

The name Bill Siddons should be better known among Doors fans, as he is truly the unsung hero of our band’s story. Bill was our tour manager at the time, and tour managing is always a thankless job. You work your ass off and rarely get credit for all the things you do right, but you get immediately excoriated for anything that goes wrong, even if it’s something beyond your control. Almost every band out there has a tour manager they don’t appreciate enough. But being the tour manager who had to mop up after the Doors was a special kind of headache.

There was literally no precedent for this. This was the first time in recorded history that a musical artist was arrested onstage in the middle of a set.

Bill—only nineteen years old at the time—was the one who intervened when Jim first got maced backstage, and now he was the one throwing himself onto a cop’s back and yelling, “Leave him alone!” By the time Ray, John, and I followed him offstage, Jim was already in the back of a squad car, and Bill had switched his focus to protecting our gear from the rambunctious crowd.

There was literally no precedent for this. In 1908, Italian opera singer Carlo Albani was arrested onstage in Boston during a performance of Verdi’s Il Trovatore due to a pending lawsuit, but even then the constable let him finish the show. This was the first time in recorded history that a musical artist was arrested onstage in the middle of a set. Can’t blame us for freezing up without any idea what to do.

Bill called our managers, our managers called our lawyer, our lawyer called the cops, and Jim was released on bail, which Bill paid out of our earnings for the night. None of this was Jim’s fault, so for once none of his trademark apologies were necessary.

A few weeks later the entire incident was detailed in a feature story in Life magazine, with beautiful play-by-play photography. The cops, in their frenzy, had scooped up a Life reporter, a Village Voice jazz critic, and a photographer. This ensured that the press would be fully on our side, and it ensured that Jim’s arrest—unlike Italian opera singer Carlo Albani’s—would feature prominently in the historical record. We were thrilled with the article and the photos. Jim came across as a righteous rebel and the police came across as uptight buffoons. And you didn’t have to be a defiant teenager to see it that way: even my parents were on our side when they read the story.

It was never our style to dwell on things, so after the dust settled we moved on and didn’t really discuss it. But it turned out to be a moment of double-edged mythmaking that affected everything from then on. We became outlaw legends brimming with counterculture credibility. But we had also created an expectation of chaos. Our audiences became less interested in creating their own unique moments with us and more interested in reproducing the moment in New Haven. The headline in Life summed up the road we were now on: “Wicked Go the Doors.”

On December 9, 2012—exactly 45 years to the day after Jim’s arrest—I played New Haven with my jam band, Robby Krieger’s Jam Kitchen. A man approached me backstage and introduced himself as the son of the cop who maced Jim. He was polite and friendly, and he had followed in his father’s footsteps and become a police officer. He officially apologized for his dad’s behavior. On behalf of the band that his dad helped make famous, I accepted. 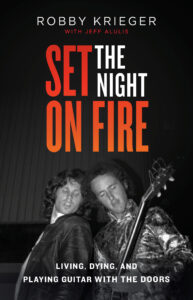 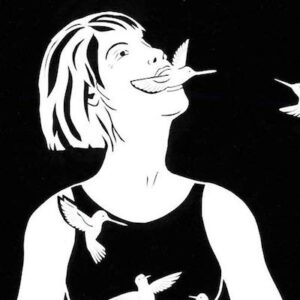 In Beth Alvarado's Jillian in the Borderlands, a collection of dark tales infused with magical realism and ghosts, a girl...
© LitHub
Back to top
Loading Comments...