The Time I Blasted My Father’s Ashes Into the Sky

Kris D'Agostino on Saying Goodbye to His Dad

I was 27 when my father got sick. He’d been complaining about severe back pain and his chiropractor had recommended cortisone shots. When the shots didn’t help, they sent him for a CAT scan. The scan revealed lesions on his spine and suddenly, my brothers and our mother and I were being given the news that he had multiple myeloma—a cancer of the plasma cells in the blood.

I’d never had to prepare for anyone’s death before. It’s a hard thing to live with the knowledge that someone you love is dying. As it turned out, he had seven years. In hindsight, those seven years feel both excruciatingly long and unbearably short. The truth, of course, is I would never have been ready to say goodbye.

In his sickness, my father’s emotions grew unwieldy. He had never been a good patient to begin with, but confronted with his own mortality, he became panicked. He was both petrified of dying and resigned to his fate. His lack of hope angered me, but perhaps that’s more a reflection of my own naiveté. I convinced myself that with a positive attitude, the right medical care, and a little luck, he’d survive.

He made me promise I would be there when he died. “Please be with me,” he asked. I said of course, of course I’ll be there, but you aren’t dying today so can we please not talk about this right now?

He died in the wake of Hurricane Sandy. I was in Brooklyn, hunkered down in my apartment, unable to go anywhere because the subways had been closed indefinitely. The metaphor was beyond obvious: the storm pulverized the city and took my father with it.

I spoke with my mother on the phone the night before the storm set in. My father’s doctors had recommended he go for dialysis and chemo treatments early, in case of power outages. (He had been receiving dialysis three times a week at that point; the loss of function in his kidneys being one of the more grueling side effects of his illness.)

The storm tore its way up the coast and after the rain and wind stopped I walked the streets of Greenpoint, surveying the damage. McGuinness Boulevard was completely submerged. The East River had surged. Trees were down. As I walked, my cell phone rang. It was my mother; my father was gone. He’d had a “cardiac episode”—a kind of “minor” heart attack (he’d been having a lot of them)—and they’d been unable to revive him.

I had not been there as I’d promised I would be. I drove to the hospital in New Rochelle where he was waiting for me, the last time I would see him. I remember gripping the steering wheel so tightly my knuckles went white. I remember when I got there and they took me into the room where his body was, he only had one sock on. The other was on the floor next to the bed. This detail is ingrained in my memory.

My father left behind a letter detailing his last wishes. He was specific in his requests. He wanted a memorial—a “party”—in his honor. He wanted Stolichnaya vodka on hand. In one of his many notebooks he’d written out an extensive playlist of hundreds of songs that I was instructed to download onto an iPod and play on repeat. This memorial, he stipulated, would be held somewhere quiet and would not involve church or a mass. It would not be a “sad” gathering. It would be joyful.

So my brothers and I, along with our mother and grandmother and my father’s brother and sister and lots of friends, did our best to honor these wishes.

My father was a pilot. He flew airplanes for nearly his entire life, although ironically, he hated traveling. When he was home with us, he complained that my two brothers and I drove him crazy, that our mother was “too much to handle.” When he was away, he called every night to tell us he missed us. It was only that in between phase, the limbo of flight—the going—where he was at peace.

I still don’t know who exactly was responsible for coming up with the rocket idea. It felt preordained. I tried attributing credit to my middle brother, Chase, who spoke often of his memories building and launching Estes model rockets with our father. But Chase was under the impression the idea had been mine. All I know is at some point during the memorial planning, Chase went online and ordered a rocket. When it arrived he sanded, glued and painted it and made sure the plastic payload compartment was secure enough to carry its crucial cargo: my father’s ashes.

The sky was fittingly overcast the day we sent him on his way. A full blanket of clouds—bad visibility for flying, but just right for launching a model rocket. It wasn’t too cold, despite being late November, but we were the only people down at the water that day. My grandmother had a stack of paper cups and my youngest brother, Tom, poured whiskey so that we could make a toast. Chase’s two children were in the grass playing. Four generations of our extended family.

We set the launch pad up. Tom threaded the eyelets of the rocket through the mounting rod and there the rocket sat, with the gray ashes of our dad in the payload compartment. Uncle John, his brother, gave a toast, and those who had cups raised them. Chase connected the cord to the battery. He pressed the button and, at first, nothing happened. Everyone was unsure what to do. Had we wired it wrong? Was something amiss with the engine? Chase started toward the launch pad, to figure out what the problem was, and just as he did, the engine ignited and the rocket blasted off so quickly it took everyone by complete surprise. The kids screamed with delight. My grandmother gasped. Even I couldn’t help letting out a shout of approval.

It was the last thing we did to say goodbye. It seemed more than appropriate for the man who was most comfortable in the cockpit of an airplane. Maybe it was our version of a “burial at sea,” aviation-style. My father was definitely someone who appreciated a good bit of comedy—one of his favorite films was The Big Lebowski. He always quoted from it and he thought the scene where John Goodman tries to scatter Steve Buscemi’s ashes out over the Pacific, only to have the wind blow them right back into Jeff Bridge’s face, was particularly hilarious. So we liked to think he would have approved of our little tribute.

I think it’s a hard task trying to bring a sense of closure to the void left when someone you love passes away. And yet for us—my brothers and I, our mother and those closest to my father—there was a sense of peace that came in that moment as the rocket reached its apex and we saw its parachute deploy, of knowing that we had delivered him, even if only briefly, back to a place where he had truly known peace.

Kris D’Agostino holds an MFA in Creative Writing from The New School. He is the author of The Antiques and The Sleepy Hollow Family Almanac. He lives in Brooklyn.

How the Powerful Fear Art: Lessons from John Berger 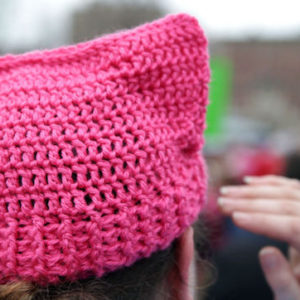 On January 21st of this year I went with my sister and husband to the small, north Texas town of Denton, about 40 miles...
© LitHub
Back to top