How the Powerful Fear Art: Lessons from John Berger

On Fascism, Art, and Fighting with Orwell and Berger

I recently read an essay that has not left my mind. Day to day I find myself touching its polished, textured enamel like a talisman, a good luck charm at a time when I really need one. It’s the sort of essay that I instantly knew had changed the way I think, and about which I expect to continue thinking for a very long time.

It was written by John Berger. I had always meant to start reading Berger again, for when I was much younger Ways of Seeing changed the way I saw everything. It’s one of those rare books whose pages I can still remember turning, underlining almost every single word. Ever since then I knew Berger had much more to tell me. So, when this incomparably limber, truthful mind died on January 2, at 90 years of age, having lived just long enough to see the waste that two noble democracies had been put to, I knew it was time to start again with him.

On the day Berger left us, so many people came out to honor this author who had elevated their lives, and I was moved. There is a special kind of passionate, self-abnegating community that can form around great artists and their works, and to be caught up in it is so powerful. I wanted to be one of them. Providentially, a copy of Berger’s essay collection Keeping a Rendezvous came into my hands—one of those who owed Berger so much wanted to share it with me. I eagerly took it, and later that day when I turned to page one, my jaw hit the floor.

Berger’s essay “Miners” is a tiny thing, barely more than a page. It begins with a beautifully paced, copiously long sentence that lists all of the odious things that will let us know when “they are out to break you”: “When the just cause is defeated, when the courageous are humiliated, when men proven at pit-bottom and pit-head are treated like trash, when nobility is shat upon . . .” For masses of virtuous men and women throughout England, wrote Berger, that hour had arrived—they could hear it striking, they knew it was time to declare themselves, to find how they will fight for what is right.

Our good essayist knows precisely what he will do when such an avenger happens upon his door: “I would shield any such hero to my fullest capacity.” And if while Berger is giving these souls sanctuary they should reveal a predilection for the arts, he would persuade them to put down their weapon and take up a brush, for “it’s possible you may achieve what you are setting out to do in another way.” It is not only the warrior that can right wrongs but also the artist.

Having set an impeccable table, Berger then delivers us the main dish:

I can’t tell you what art does and how it does it, but I know that often art has judged the judges, pleaded revenge to the innocent and shown to the future what the past suffered, so that it has never been forgotten. I know too that the powerful fear art, whatever its form, when it does this, and that amongst the people such art sometimes runs like a rumor and a legend because it makes sense of what life’s brutalities cannot, a sense that unites us, for it is inseparable from a justice at last. Art, when it functions like this, becomes a meeting-place of the invisible, the irreducible, the enduring, guts, and honor.

This is a quote that blistered my mind. Among the many things I love about it, perhaps the best is how Berger draws justice and art so tightly together. We are used to thinking of justice as meted out in actions—the judge delivering a sentence, the army repulsing the invader, the oppressed finally reaching their freedom—but here Berger poses art as a different kind of justice. Timeless, a portable justice that is rejuvenated from place to place, generation to generation.

This is justice that behaves according to a kind of logic that simple restitution does not. It partakes in what only art can do for us. No matter how wise, a verdict handed down by the Supreme Court is always open to reinterpretation, it can be improved by a future decision more in tune with justice. Laws can be updated and enhanced, punishments are often commuted and re-evaluated. This kind of justice changes with the times, hopefully drawing ever closer to a perfection that we are not likely to reach. But art is not like this. With art we prize the original; it would be very, very wrong to change a masterpiece, for that would strike at its singular capacity to give us its particular testament. You cannot improve a masterpiece, you can only detract from its perfection.

Looking at these two kinds of justice, I think of George Orwell, who almost perished in the Republicans’ losing struggle against the Fascists in the Spanish Civil War. He and so many other young men and women wanted a certain kind of justice in Spain, a justice that became a key symbolic struggle of their generation. Although their work was certainly not in vain—for they are still spoken of today, and we still learn from their example—Orwell and his fellow soldiers did fail. The Republicans lost. Thousands of good people perished. The justice they aimed toward was not done.

Orwell returned home and he began to write, producing several masterpieces of world literature. The justice he sought in Spain was of a very different kind than the justice he attained when he wrote these novels and essays, including his final work, 1984. It is of the kind Berger alludes to: enabling a community of the likeminded that will never forget the crimes of the past and that will do everything to prevent the crimes of the future. Orwell’s words do more than nudge each new generation toward independent thought, they instill a passionate love of freedom and a hatred of totalitarianism, and they give us the vocabulary we need to channel these emotions into arguments and actions that win elections and persuade a populace.

I will use myself as an example: I first discovered Orwell when I was barely a teenager. Almost accidentally, I picked up 1984 at a library used-book sale, not really knowing what it was, only buying it because the book’s enormous aura had somehow penetrated what was then a rather naïve mind. A librarian there, an energetic young man of perhaps 30 who mentored me and so many other of us, was galvanized when he saw that I was to buy it: he snatched it from my hand and declared that Orwell had been right about everything. I had no idea what he meant by that, but I understood his excitement.

I read it, and in all frankness it opened up a world to me. It gave me vivid images, unforgettable expressions, and powerful ideas that at last breathed into existence thoughts I was ready for, but had not had the wherewithal to think. It also granted me entry to a society of friends. I instinctively knew that I was one of those who had nothing to fear from 1984 and who would always fling it in the face of evil, and over the years I found others who felt the same. In no small part because of that book I went on to study political science, to learn precisely what fascism was, how the land was sown for its arrival, why it came to some parts of Europe and not others, how we might know it if it ever came here. The book too enabled me to pay this knowledge forward: as that librarian did two decades ago, I have encouraged many readers to pick it up.

Speaking of, 1984 continues to make its justice in our time. It is again a best-seller, and in my own corner of the world a mysterious benefactor has begun buying copies for independent bookstores, making them available for free to whoever wants to read Orwell. Her efforts have proven contagious: I myself bought a handful to give away at a nearby independent bookstore, and other local readers have done the same. So far this project has been featured in the local media, as well as on CNN and the BBC. I have been following the coverage, and each time there is a great fascination with the idea of giving away Orwell as a response to You-Know-Who. This symbol is powerful. The originator of this project has remained anonymous: she only says that she hopes to be a spark.

When I began this column, one of the first things I did was to challenge writers and artists to create their own unique responses to our dismal politics. I will renew that call today. The protests we have participated in at the airports and on behalf of women’s rights, not to mention all of the phone calls, letters to Congress, and meetings of thousands of action groups across the nation, have filled me with a kind of euphoria and an abiding hope for the future of America. This political organizing is indispensible. We must have it in order to serve the sort of justice that we achieved when those who had done no harm to America, save for their religious faith and nation of birth, were once again allowed to come and go in this nation of ours. We must continue to serve as much of this justice as we can, but we must also remember the sort of justice that Berger wrote of and that is being perpetuated right this second as people who never before thought of reading 1984 now engage with a book that will change their world.

Ways of Seeing by John Berger

The Crying of Lot 49 by Thomas Pynchon

Aliens and Anorexia by Chris Kraus

Waiting for God by Simone Weil

The Origins of Totalitarianism by Hannah Arendt 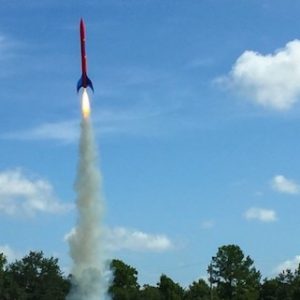 I was 27 when my father got sick. He’d been complaining about severe back pain and his chiropractor had recommended cortisone...
© LitHub
Back to top