On January 21st of this year I went with my sister and husband to the small, north Texas town of Denton, about 40 miles north of Dallas where I live, to walk in solidarity with the women’s marches that were being held all over the U.S. and, as it turned out, the world. Dallas is a small blue dot in a larger red sea, and I had some trepidation about going. Texans are, after all, wildly enthusiastic about their guns, and lately, increasingly confrontational toward their fellow citizens who differ, even slightly, from party and ideological lines, reserving their greatest ire for uppity, loudmouthed women. But I chose Denton, in part, because I thought Dallas would have a larger turnout of marchers, and Denton might need all the support it could get.

My dissenting views about certain issues have lately caused some seemingly irreparable damage with friends and some family members who have drawn an either/or line in the sand. Apparently, despite the fact that I grew up in Texas, believe in responsible gun ownership, support the police and the military, pay my taxes, salute the flag, etc., I am disqualified from being a patriotic, moral, and ethical human being because of my belief that women should have the right to make their own choices about their reproductive health. If I were Queen of the World I would make birth control methods free to disadvantaged women, and leave the decision to have an abortion, or not, to the women making those decisions.

People have often challenged me with, “But, what about adoption?” As the mother of an adopted child—a parent who waited for years before a child became available for placement—I would say, sure, great idea! But, only if the pregnant woman makes the choice for adoption, and volitionally carries the pregnancy to term.

I’ve held these beliefs for 40 years, but it seems that not only are these choices on the brink of disappearing, the responses toward those who believe in choice are more hostile, and punitive, than ever.

I know that we, as a society, have had some difficult times coming to terms with our differing opinions in this regard. But it’s 2017 and, though Roe v. Wade remains the law of the land, it feels as though this issue is more divisive than ever.

In 1972 I was a student at the University of Texas, and the greater campus was still known collectively by the local inhabitants as Hippie Hollow. Even though Austin was the state capital, the most exciting thing to have happened to its citizens in a good while, at least off-campus and away from its earnestly partying fraternities and sororities, was the dedication of the Lyndon Baines Johnson Library and Museum the year before.

But there was a mounting sense of activism that year. Neighborhood groups had started mobilizing to protect their residential areas from rapidly growing commercial office buildings, and preserving waterways and the surrounding wooded hills from developmental destruction. Local politicians suddenly found themselves pitted against the townspeople, business owners, and environmentalists.

The students at the University were escalating their own activism by continuing their marches against the Vietnam war, and in support of civil rights and women’s rights. Through a theater class, I heard about a group called TACT (Teen Aged Communication Theater), organized by Planned Parenthood to educate teens about pregnancy prevention and sexually transmitted diseases. Many of the students, both male and female, were dismally unprepared for the possibility (or the inevitability) of having sex immediately upon being handed a pitcher of free beer during Rush Week.

After volunteering for a few TACT performances, I became more interested in the work that Planned Parenthood had been doing, even beyond reproductive health. The clinic offered counseling for rape victims. At that time most of the incidents went unreported as the victim was often blamed, or blamed herself, for the attack. The clinic workers bandaged the cuts and bruises of gay students who’d been accosted or beaten, and provided psychiatric referrals to students who had mental health issues.

The following year, the Supreme Court handed down the landmark decision Roe v. Wade, which recognized the constitutional right to privacy, and a woman’s right to choose abortion. The legal fight had been led by an Austin attorney, Sarah Weddington, and she remains to this day the youngest person to have argued a successful Supreme Court case.

In 1973, I volunteered to help with the opening of the Downtown Austin Health Center on 7th Street, where it’s still open today. A lot of the student activists were jubilant about what they perceived as the forward movement of women’s rights. But other Austin residents were not so pleased. Their displeasure, though, was of the mild, scolding-parents kind, the “shame on you” kind, with a wagging finger thrown in for emphasis. The female volunteers who had helped to open the clinic were called “hussies,” and “disgraceful”; names that today would be considered quaint. I was never threatened with bodily harm, or stalked, or viciously attacked in a public forum. I never felt unsafe for voicing my opinions or beliefs.

Forty years later, and I can’t say I feel the same way. For decades I worked in both commercial enterprises and at the behest of the US Department of Defense, in the States and overseas. I’ve traveled to and worked in areas that have been considered unsafe for Americans in general, and for women in particular. But I never expected to feel unsafe in my own country for speaking out for basic human rights, which, for me, has always included a woman’s right to have control over her own body.

It’s heartbreaking, but it’s also motivating. And that’s why I keep walking.

The march in Denton was well attended and, ultimately, peaceful. A few opposing townspeople showed up, but it’s hard to be antagonistic when you’re greeted with a handshake, a smile and a fuzzy pink hat.

Kathleen Kent is the author of three bestselling historical novels, The Heretic's Daughter, The Traitor's Wife, and The Outcasts. She is also the author of the short story "Coincidences Can Kill You," published in Dallas Noir, which was the inspiration for The Dime, her first work of crime fiction. Kent lives in Dallas, TX. 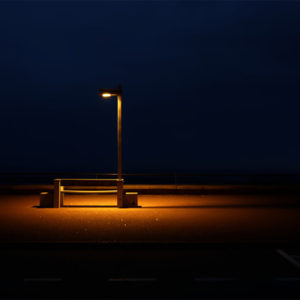 I recently read a powerful piece by Edwidge Danticat in the New Yorker reflecting on the recurrence of political trauma...
© LitHub
Back to top