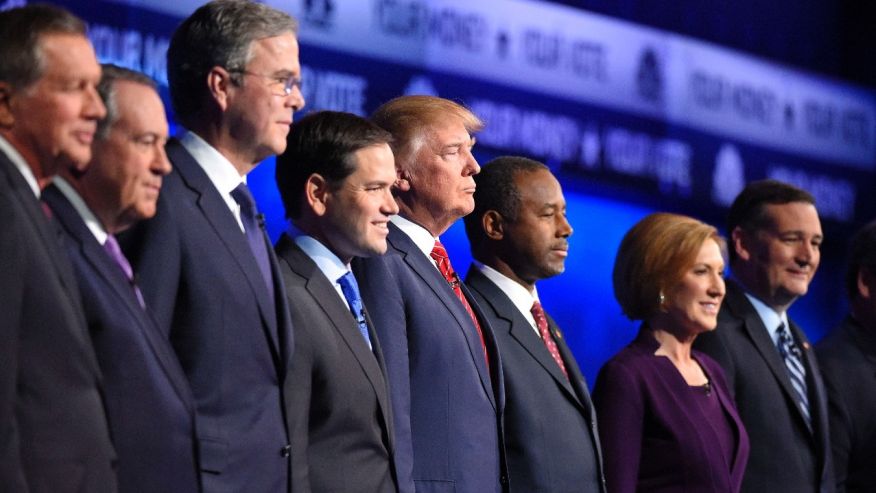 We remain delighted and honored that Literary Hub has entrusted us with the task of identifying and translating the deliberately deceptive language—or Spinglish, as we prefer to call it—used by candidates during the 2015-2016 presidential primary debates. We are also pleased that the Republican candidates succeeded, during their Wednesday-night debate, in adding several new phrases to our evergrowing Spinglish lexicon.

“Good question but…” Governor John Kasich began his answer to the night’s very first question with this timeless Spinglish phrase, which enables anyone who uses it to change the subject immediately without answering. (And that’s exactly what Kasich did.)

“I didn’t inherit any money.” When CNBC’s Carl Quintanilla confronted Senator Marco Rubio with a detailed question about irregularities in his personal finances, Rubio offered this excuse, which not only served as a sideways attack on campaign rival Jeb Bush, but also allowed him to pivot into a heartwarming personal story about growing up poor. But ask yourself whether “I didn’t inherit any money” would be a satisfactory response if someone accused you of, say, robbing a newsstand, and you’ll see why Rubio’s riposte is a textbook example of Spinglish.

a feeding frenzy for sick people. Donald Trump proffered this not altogether affect-neutral definition of “gun-free zones.” Trump added that he might “feel more comfortable” if his employees brought guns to work, and noted that people who advocate gun-free zones are facilitating “target practice for sickos.”

total propaganda. Ben Carson used this phrase to dismiss charges that he’d had an “involvement” with Mannatech, a dietary supplement company that recently settled a deceptive marketing lawsuit. (The company had strongly implied, among other things, that their products could cure or mitigate autism and cancer.) The interesting thing about the word “propaganda,” Merriam-Webster’s online dictionary informs us, is that it applies to statements that are frequently, but not necessarily, untrue. And the proof that Carson had an involvement is there for all to see on YouTube in the form of a company video in which the retired neurosurgeon enthuses about the great work Mannatech is doing while pictures of its products flash across the screen. “The wonderful thing about…S,” Carson informs us as the corporation’s logo appears magically next to his face, “is that they recognize that when God made us, He gave us the right fuel.”

“I don’t know—you people write this stuff.” This was Donald Trump’s retort when Becky Quick pressed him to explain how she could have read that he had criticized Facebook’s Mark Zuckerberg for wanting to increase the number of “H-1B” immigration visas granted to highly-skilled workers if, in fact, he had never done so. Trump’s answer, like Carson’s noted in the previous item, was technically not a lie, since people in the media—such as Becky Quick—do “write this stuff,” and Trump probably didn’t know precisely where Quick had gotten her information. However, one place she might have found it was on Trump’s own website, where he states, “Mark Zuckerberg’s personal Senator, Marco Rubio, has a bill to triple H-1B visas that would decimate women and minorities.”

money that people have confiscated out of their paychecks. What Governor Mike Huckabee calls Social Security payments, which, a more objective observer might note, are actually down payments toward post-retirement and disability benefits.

“The only reason you’re [attacking me] now is that we’re running for the same position and someone has convinced you that attacking me is going to help you.” This counter from Marco Rubio, in response to Jeb Bush’s confronting him about his poor attendance record in the Senate, proved extremely effective, at least in part because Rubio’s charge was undeniably accurate. But it was nonetheless a prime example of Spinglish, because it enabled Rubio to avoid providing a direct answer to Bush’s accusation (which was also undeniably accurate.)

gotcha question. A term that, as defined by GOP national chairman Reince Priebus immediately after the debate, can be applied to just about every query directed at the Republican candidates. By contrast, every inquiry directed at a the Democratic candidates during their debate on October 13th was, according to Ted Cruz, a “fawning question.”

[AUTHOR’S NOTE: We have collected and explained these terms as a public service (or, as some have insisted on calling it, a public self-service). Reports that we are offering this compilation purely for the purpose of promoting our recent book, Spinglish: The Definitive Dictionary of Deceptive Language are anecdotal and remain unconfirmed.]

When Andre Agassi Made Me a Woman (and a Writer) 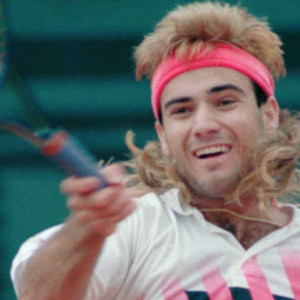 When Andre Agassi Made Me a Woman (and a Writer)

When I was ten years old, my father took me into Center City Philadelphia to attend my first tennis match. The trip was a reward...
© LitHub
Back to top