For the next four days Literary Hub will help in counting down the days until the seventh-annual Irish Arts Center PoetryFest begins by publishing a poem, as selected by festival co-curator Belinda McKeon.

Remember that family who lived in a boat

run aground and capsized

by the creamy dunes where the plovers nest?

and their sympathy for him was such

that they pitied him almost as much

as he pitied himself. But their story

where you return to me and

lift my scarred eyes to the sun

and stroke my withered hand

and marry me, distorted as I am.

He was destined to dismantle their lives,

David Copperfield, with his

on the Corn Laws and the constitution.

They were stillness and

he was all motion.

They lived in a boat upside down on the strand,

but he was of the kind who couldn’t understand

that land was not just land 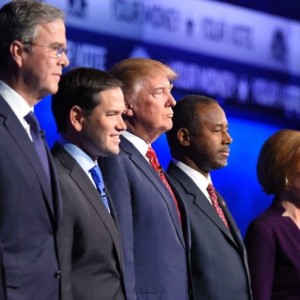 The Third Republican Party Debate: A Spinglish-English Translation We remain delighted and honored that Literary Hub has entrusted us with the task of identifying and translating the deliberately...
© LitHub
Back to top