The Suicide Note as Literary Genre

On the Last Words of Woolf, Koestler, Berryman, and More

“Everything has gone for me but the certainty of your goodness. I can’t go on spoiling your life any longer. I don’t think two people could have been happier than we have been.” So ends Virginia Woolf’s poignant suicide note, addressed to her husband, Leonard Woolf. It is a throbbing document, hauntingly beautiful, in which a decision is made to part with a rote anguish. I’ve read it dozens of times over the years with fascination, even obsession. I picture her writing these final words in a thin ring of lamplight at a worn desk; walking deliberately down the road’s mellow dust; bending to fill her coat pockets with smooth river stones; the crisp blue cold of the Ouse biting at her ankles. But I always return to the contents of the note: the impossible task of a writer attempting to explain herself—to say goodbye to both a companion and an existence—with words grown suddenly insensate, rebellious. “You see I can’t even write this,” it reads at one point, a line that has always seemed, to me, the most tragic part of a tragic letter—that the mind capable of crafting To the Lighthouse should recoil at its own halting articulation.

This, then, is the morbid fascination of the literary suicide note: that it is, perforce, the final written work of the author in question. If we believe that writers possess a special relationship with language—one in which the incommunicable is somehow voiced—we might be forgiven our curiosity for what these moments of literary extremity are able to reveal of the inviolate mystery of death. That curiosity comes not (or, at least, not entirely) from romanticism, the satisfactions of the Doomed Artist enacted; rather, I believe it stems from a deeply human concern with life’s most enigmatic quality—that is, its own ending—and the concomitant belief that writers, those great describers of life, might offer a similarly perceptive glimpse of its opposite: the transmigratory glimmer, a sniff of the darkness. And even if we shouldn’t hold the suicide note to the standards of the author’s novels or plays or poems—the meticulous and lasting work completed in times of better health—I think it nonetheless bears considering how the suicide note fits within, or complicates, or concludes, an oeuvre. Can suicide, then, be read as a literary genre?

There are, of course, many ways in which to take leave of the world with words. Suicide notes can be consoling, distressing, funny, richly poetic—sometimes all once. They might echo the tone and gesture of the work the author is known for, or take a new form born of the pressure of ending. Some almost defy description. Take Misao Fujimura, a teenaged philosophy student and poet who, having been rejected by the woman he loved, traveled to Kegon Falls in Nikko to carve his suicide note directly into the bark of a tree before jumping over the falls. A translated excerpt reads:

For all the truth,

all secrets of yore

can be told in an instant,

by then they’re no more.

There is something remarkably deliberate (and eerily beautiful) about this decision, particularly in one so young as Fujimura, who was only 17. If we think of the suicide note as something paradoxically living, a set of words echoing into futurity, here we have a quite literally vascular document: youthful despair preserved in the flesh of a cedar.

Suicide notes are also, necessarily, historical records, and their contents can serve as subtext to historical nightmares, or annotations on the existential texts of history itself: a kind of human marginalia. The prolific novelist Stefan Zweig, forced into exile by the Nazis, aggrieved over the loss of Vienna’s multicultural humanism, overdosed on barbiturates along with his wife in their Petrópolis home. They were found in bed, holding hands. The note he left behind is both an indictment of a failed century, and a harrowing portrait of an exile taken too far:

But to start everything anew after a man’s 60th year requires special powers, and my own power has been expended after years of wandering homeless. I thus prefer to end my life at the right time, upright, as a man for whom cultural work has always been his purest happiness and personal freedom—the most precious of possessions on this earth.

After the great Confessional poet John Berryman leapt from the Washington Avenue Bridge onto the icy banks of the Mississippi River (he waved at a passing car first), his wife Kate found a crumpled note in the wastebasket, written on the back of an envelope. It read simply:

O my love Kate, you did all you could.

Forget me, remarry, be happy.

Similarly, novelist Arthur Koestler (part of another husband-wife suicide) left a practical note which contained a clear-minded assessment of his illness, along with this considerate addendum:

I wish my friends to know that I am leaving their company in a peaceful frame of mind, with some timid hopes for a de-personalised after-life beyond due confines of space, time and matter and beyond the limits of our comprehension. This ‘oceanic feeling’ has often sustained me at difficult moments, and does so now, while I am writing this.

If these farewells display a certain pragmatic concern for the life left behind—reasons, advisements, wishes for a future they will have no part in—there are also suicide notes that strike me as performative and purely aesthetic. That is, they are not interested in providing the motivations behind the act, or articulating hopes for the world left behind; rather, they part by way of ambiguity, letting fall the veil of lyricism while disappearing behind it. I am thinking of, say, pulp wizard Robert E. Howard (All fled—all done, so lift me on the pyre / The feast is over, and the lamps expire)—lines that were pinched from Viola Garvin, as it turns out—or the Russian poet Sergei Esenin (Let’s have no sadness—furrowed brow / There’s nothing new in dying now). There is, of course, a great pain here but it is made abstract by way of a poetry in which individual suffering is absorbed into a universal condition, subsumed into a larger poetic tradition. To leave a poem behind is perhaps to say that art, in its very indefiniteness, is the soundest way to depart something so enigmatic and ethereal as existence.

There are, too, the great lost notes which the literary biographer in me longs for but to which I know I have no claim. The mother of John Kennedy Toole, author of A Confederacy of Dunces, destroyed his suicide note after reading it, providing conflicting reports as to its contents for the remainder of her life. The note David Foster Wallace left to his wife—a privacy I would never breach—nevertheless leaves me in an awe of pained curiosity. Hart Crane, one of my favorite poets, eschewed a note entirely, merely shouting “Goodbye, everyone!” as he leapt from the deck of the steamship Orizaba. What remained of the artist in these notes (or the lack thereof), what each chose to express in their terminal communications remains a source of deep mystery to me, an almost physical longing to know. I inhabit my obsessions fully—books more than anything—and these final written pieces, ignored in the Collected Works, strike me as something like pages ripped from the end of a novel. I wonder at the secrets they contain; I wonder at their silences and evasions; I wonder at the very human compulsion to explain or adorn one’s ending.

I struggled to write this piece because I could hear the chorus of (valid) complaints: that the suicide notes of others are not mine to read; that I am a fetishist; that these notes do not comprise a literature but a tragedy. While I understand these concerns, I don’t share them, or at least not wholly. It seems to me that reading The Dream Songs is an intimacy greater than knowing the contents of that crumpled envelope in Berryman’s wastebasket; that Virginia Woolf bared more of herself to me in The Waves than in that final letter in 1941. Books are in themselves little deaths, experiences of change and limit, suicides from which we might return as something transformed. This, I think, is part and parcel of their tremendous power. It is little wonder, then, that there are those of us who read and return to the literature of suicide with interest, and always with a sense of gratitude, an awareness of embattled courage. No matter how often I read them, it still seems an incredible thing to have laid words upon a void, to have given raiment even to expiration.

Claire Vaye Watkins: How to Escape Your Hometown 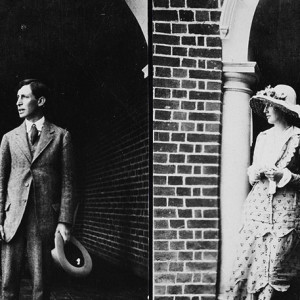 Why I chose to write in English: Ayelet Tsabari on the power of a foreign language. | Literary Hub Shirley Barrett...
© LitHub
Back to top