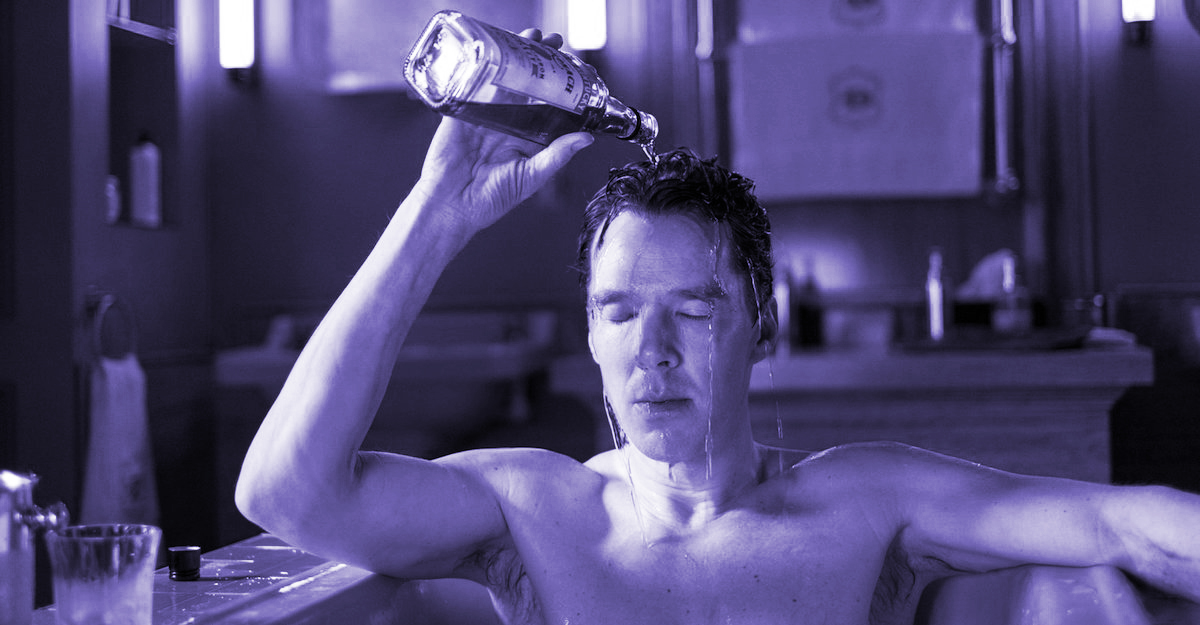 The five Patrick Melrose novels are intense, brutal, and beautiful, witty and acerbically well-observed. If you’re here, you probably know this already. If not, I will tell you by way of explanation that Edward St. Aubyn’s series, published between 1992 and 2011, is a deft mash-up of the English social novel and what I suppose is best described as the recovery memoir, something like Evelyn Waugh by way of William S. Burroughs, but with a rather lighter touch than either. It traces the life of the eponymous Patrick Melrose, an extraordinarily damaged, angry, self-destructive, high-born English snob, who also has the distinction of probably being both the most eloquent and the most finely heeled junkie in popular culture. In the first novel, he is five. In the final novel, he is 45, and burying his mother.

Benedict Cumberbatch has made something of a career out of portraying difficult men (see: Sherlock Holmes, Alan Turing, um, Smaug); years ago, he cited legendary superbrats Hamlet and Patrick Melrose as the two characters he’d most like to portray. Since then, his wish has come true—he played Hamlet on stage in 2015, and Patrick Melrose in Showtime’s new five-part series, which premiered this weekend. In fact, it’s due to Cumberbatch’s fandom that he got this latter role in the first place. In a 2013 Reddit AMA, he mentioned again his desire to play the character, and after his comment was repeated on Twitter, producers Michael Jackson and Rachael Horovitz reached out to him. As it turned out, they had acquired the rights to St. Aubyn’s books and were already working on an adaptation. Would Cumberbatch be interested in getting involved?

Why, yes. (“World War can come out of Twitter but I got a role out of it,” Cumberbatch quipped later.) “These are some of the greatest moments of 21st century prose, and to be a part of dramatizing that is a real treat,” he told Variety. “This is a hell of role, and a hell of a stretch for any actor, and a hell of an opportunity for me, and I just hope we’ve done the books justice, so we’ve done something that has the same following and integrity the books do.”

He’s not wrong; Patrick is a hell of a character (and a hellish one too)—probably at least in part because the novels are deeply autobiographical. “Broadly speaking, Patrick is an alter ego,” Edward St. Aubyn told the New York Times; “the parents are portraits of my parents. But everything else is invented, conflated—subject to all kinds of things.” Cumberbatch says that he had met St. Aubyn socially before taking on the project, which, while not entirely surprising, does seem potentially awkward. I mean, imagine publicly re-enacting the intense personal traumas and addictions of someone you run into at parties now and again.

“After I was involved I didn’t want to approach Teddy too early,” Cumberbatch said. “I didn’t want to start scrabbling around and trying to understand him and Patrick too early. Then I bumped into him at a party . . . He was generous and incredibly good company. He’s incredibly erudite, intelligent and witty, but he’s also amazingly empathetic and genteel. He’s more generously ironic than the bitter self-loathing irony that permeates the more unattractive elements of the character in the book—which you enjoy from a distance, but I don’t think you’d really want to be around. . . How someone that good has come out of something so bad is a miracle, so I respect him for that alone, let alone how he’s imbued his art with it.”

And since he’s finally conquered both Hamlet and Patrick? “I can now retire,” he said.

The Showtime miniseries, written by novelist David Nicholls and directed by Edward Berger, has adapted each of the five novels into a discrete hour-long episode. However, in a deft move, the first two episodes reverse the order of the first two books. The first novel, Never Mind, takes place when Patrick is five, and contains the horrible event and attendant circumstances that will inform the rest of his life. The second, Bad News, picks up when Patrick is twenty-two (a brief note to say that Benedict Cumberbatch, at 41, looks good, but not that good), and has come to New York City to collect his recently-deceased father’s remains. But the miniseries shows us the result before the cause—we get a deranged, drug-addicted Patrick, who loathes his father without giving the viewer any clear idea of why (though I’d wager it’s not difficult to guess, even for those who haven’t read the books; there are only so many things people can do to one another behind ominously dark doors). This is all exactly as it should be; in fact, I think if I had read the second book first, I never would have continued in the series (it is really not for the needle-averse!). But if, as a viewer, I had seen the second episode first, I might not have continued either.

Which is not to say that the second episode isn’t any good; it is tense, beautifully shot and intensely saturated. It’s just, in the end, somewhat too ordinary—despite what it depicts—especially when compared to the first, which, while imperfect, is riveting from beginning to end. The pilot balances humor and desperate bleakness extraordinarily well, and manages to be much funnier and even weirder than the novel it reflects. This is due in large part to Cumberbatch’s performance—and often, the extravagance of his very physicality. In one scene, he has doped himself into such a stupor that he must drag himself through the hotel to shoot some cocaine to counteract the downers. It’s horrifying and hilarious. This is much the tone for the entire hour.

In another sequence, Patrick faces off with himself in his hotel room, hearing (and arguing with) multiple voices—a sequence that is an eloquent abbreviation of its original version which, in a review of the novel, Leo Carey described as being “like the Circe chapter of Ulysses rewritten by Monty Python.” Watching, I had a strong sense of the stage, as if it were a one-man play—which while still impressive, rather took me out of the moment. I was thinking about the acting, rather than the acted—though I did I appreciate the director’s restraint in (mostly) refraining from having other characters actually appear in the room with the hallucinating Patrick.

Though Cumberbatch sometimes plays Patrick’s addiction and subsequent physical distress—there is twitching, vomiting, collapsing, along with the anger, fear, and hysteria—for laughs, his performance often teeters on an important edge: you laugh, and then the laugh catches in your throat, because suddenly there’s all this horror mixed in. In the end, it’s all very ugly, something that the book—in which the understated lyricism of the prose manages to smooth all but the most appalling drug sequence—can’t quite show you in the same way. There is nothing romantic about this kind of addiction. St. Aubyn doesn’t pretend there is, either—but there’s a difference in just reading about someone puking bile into a sink and actually seeing someone do it. (That said, the episode did not even try to recreate the part of Bad News that made me cringe most intensely—the scene is there, but the huge black bulge of heroin under the skin is not. This is not a critique; I was grateful.)

On the other hand, part of the pleasure of the novels is how close you get into the minds of the characters—the omniscient narration skips around into everyone’s head, and you are privy to the private machinations of not just Patrick, but every character, no matter how small or horrible—and that is mostly missing here, perhaps necessarily, though I imagine it some gesture towards it might have been made. And as always, there’s no reflecting the beauty of prose style in an adaptation, though I like to think it’s at least been attempted with the set design here, which in the first episode calls to mind Wes Anderson, and in the second, Call Me By Your Name.

I should say this: there’s a lot that might, and probably will, be said about the release of this show “in our current moment.” We could unpack the cycle of abuse, and what we expect (and might or might not forgive) in terms of behavior from those once mistreated themselves; we could wonder if we care about rich British white men behaving badly quite as much these days. But despite the fact that I’ve been unable to completely resist the temptation to mention the above here, I don’t want to dwell on any of that. This is not, as others have pointed out recently, the way we should be evaluating art. And this is good art.

That said, if you were to listen to the cruel David Melrose, whose motto—oft-quoted on page and screen—was “Nothing but the best, or go without,” you would skip the show and go straight to the books. But honestly, why would anyone ever listen to David Melrose? The books are certainly superior, but the adaptation is its own pleasure, so take a page out of Melrose the Younger’s book instead: simply allow yourself indulge in everything. In this case, it’s perfectly safe to do so. You can even score the book off the street.

The Unexpected Poetry of Sleeping Outside 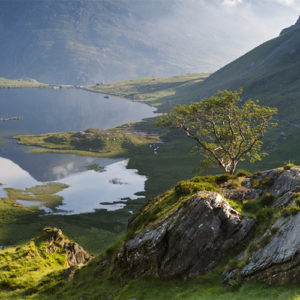 The Unexpected Poetry of Sleeping Outside

Walking in the Welsh mountains this spring, I found a lamb missing its eyes. It was a young one, hooves small as un-cracked...
© LitHub
Back to top