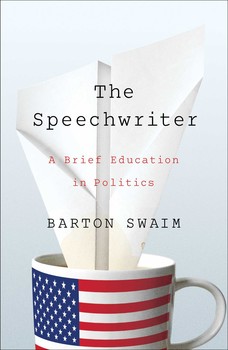 The following is from Barton Swaim’s The Speechwriter: A Brief Education in Politics, a memoir about the inside the spin room of the modern politician. From 2007 to 2010, Swaim worked for Mark Sanford, South Carolina’s controversial governor, as a communications officer and speechwriter. He writes regularly for The Wall Street Journal and The Times Literary Supplement.

About twenty of us sat in the conference room waiting for the boss to walk in. The room was warm and smelled faintly of sweat. A pair of law clerks quietly debated the correct pronunciation of “debacle.” At last Paul asked what the meeting was about. “I think,” June said, “the governor wants to apologize to the staff.” She said it with a wry look, but nobody laughed.

Stewart looked up from a magazine. “He already did that,” he snapped. “He apologized to his mistress, and to his family—.”

“In that order,” Paul said.

Nervous laughter made its way around the room. “I don’t think we can handle another apology,” Stewart went on, throwing down the magazine. “Because let me tell you, I know what an apology from this governor sounds like, and it ain’t really an apology. It’s more like—.”

Someone said, “More like what?” “I’ll just put it this way. His apologies tend to have an unapologetic tone.”

Another minute passed, and then the governor walked in. All went silent. He sat in the only remaining chair and made jokes with one of the interns.

A week before, he had been openly talked about by influential commentators in New York and Washington as a presidential candidate. In national media reports, his name had been routinely used in conjunction with the terms “principled stand,” “courageous,” “crazy,” “unbalanced,” and “interesting.” The party’s biggest donors had begun to call him and to pay him visits. Now he was the punch line to a thousand jokes; letters demanding his resignation appeared in newspapers; the word “impeachment” circulated through the capital like rumors of an assassination plot.

“Aahh.” That was his preface to saying anything significant. “Aahh. But that’s why I called you in here. I just wanted to say the obvious, which is the obvious.”

Paul gave me a look of incomprehension.

“I mean, the obvious—which is that I caused the storm we’re now in. And that’s made everything a little more difficult for everybody in here, and for that I want to say the obvious, which is that I apologize. But you know”—he rose up in his seat to an upright posture—“you know, I was telling one of the boys”—the governor had four sons—“this morning. We were up early and I was saying, ‘Look, the sun came up today.’ It’s a beautiful thing to see. And it’s a beautiful thing regardless of the storms of life. Of which this is one.”

People shifted in their seats and glanced at each other questioningly.

“As it happens,” the governor went on, “and before this storm started, I’d been reading Viktor Frankl’s book about being in a concentration camp. And it’s just incredible to me how you can find beauty, you can find reasons to keep going, in the most appalling circumstances. And I just wanted to say to everybody, keep your head up. Keep pushing forward. And let’s not be in the dumps here. The sun came up today. Aahh. We’re not in a concentration camp. So let’s not stay in the dumps. We can’t make much progress on the important things if we’re in the dumps. So if you’re in the dumps, get out. I mean, of the dumps. Get out of the dumps.”

“Aahh. So, anybody want to say anything? Comments? Pearls of wisdom?”

Still no one spoke.

“Actually I’d like to say something.” That was Stella.

“I just want to say—. Actually maybe I shouldn’t.”

The governor walked out. Stewart looked around the room and said, “For those of you who are newer to the office, that was the governor’s version of a pep talk. Do you feel pepped?”

Later that afternoon I asked Stella what she’d been intending to say. She had often told me that she didn’t like her job—her husband wanted her to keep it for the income—and had often tried to get herself fired. I thought this might have been one of those times. She narrowed her eyes and pointed at me. “You know what I was about to say? You really want to know? I was going to say, ‘You know what, governor— maybe what you say is true. Maybe we should be thankful that we’re not in a concentration camp.’ ” You could hear a slight tremor in her voice. “ ‘And maybe we take the sun rising for granted, and we shouldn’t. But you’re not really the one who should tell us that right now. And if you do say anything, it should be more like Sorry I flushed all your work down the toilet, people. Sorry I made you all a joke. Sorry about your next job interview, the one where you’re going to be brought in as a curiosity and then laughed at.’ ”

“Stella, I wish you had said that.”

She had tears in her eyes. 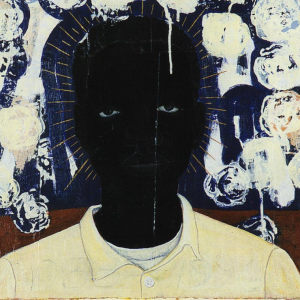 SILENCE: A RETREAT A MEDITATION As we approach the anniversary of Michael Brown's murder next Sunday, and the aftermath of events we designate by the name...
© LitHub
Back to top