A POEM by Metta Sáma

As we approach the anniversary of Michael Brown’s murder next Sunday, and the aftermath of events we designate by the name Ferguson, I am aware there is little room for the musings of a white editor on the efficacy of poetry in the face of a continuing national tragedy, namely, the persecution of black bodies. Poetry’s ultimate relationship to effective social activism remains a contentious and uncertain matter. Even so, as a reader and soul living in America today, I find great solace and provocation in the radicalized consciousness of black artists, in particular black contemporary poets, who continue, with immense and unnecessary sacrifice, to be at the crucible of our country’s dysfunctional conscience. What to say then, simply, about the epic outcry that is Metta Sáma’s new poem? First, its liturgical repetition of “Selah” beautifully invokes the Psalms, a choice which further invokes the tremendously rich tradition of black art, protest and history. Second, as a word of Hebrew origin, the exact meaning of “Selah” is not fully known; it has been understood alternatively as the noun “rock” or the verb “to hang,” in the sense of measuring or weighing something through scales (presumably). The use of such lexical ambiguity here is eerie, palpable, profound. Sáma’s poetic lamentation once more links experimental poetry to, in the chilling words of Fred Moten, the ‘experiment’ that is black life in this country. Here’s hoping, God help us, that we listen. –AF

And when, in the city in which I love you, even my most excellent song goes unanswered, and I mount the scabbed streets, the long shouts of avenues,
and tunnel sunken night in search of you.
—Li Young Lee

“There is something about the blood in a sunset”

Dear Trayvon: I want to say you could be my brother, but my brothers are not. . . you. . . A few nights ago, I felt the same pull I felt the day I turned on a television, years ago, and watched the beginning of a nation sinking into something called terrorism. Daily the news would play these wars out live & daily I’d watch this new reality television this easing of violence into our consciousness muting this thing called violence numbing us to this thing once called violence now called protection. I killed my television soon after. The night I hoped your murder would be vindicated I searched the internet for a link that would take me to the live courtroom, where I was sure I’d hear the verdict: guilty. . . of something, something validated by six women in a jury room, who stayed there, for 16 and a half hours, talking about . . . what. . . not your future. . . you who no longer have a future, haven’t had a future for over a year now. . . Over two decades ago, my best friend died. . . At her wake, my mother is said to have screamed out: why her? Why not one of my children? I have extra why would you take a woman’s only child? I rushed to the funeral home to take hold of her to push her grief back into her body to tell her to snap out of it. . . I was ashamed of her outburst I was ashamed of her public grief I can’t remember the last time I cried in front of anyone. . . When I tried to go to bed that night, that night of no justice, I saw it, finally, that image I’d refused to play out: you, terrified, walking alone at night, in the rain, being hunted I couldn’t close my eyes without seeing your back your back always in front of me What did that make me then Him The Hunter The Predator Had I entered his body Had I done THAT to myself allowed myself to enter Him to see you to not see you to see your back your gray hooded figure in the rain walking fast faster faster away from the approaching Animal. . . We’ve all been hunted at least once, each of us non white people here in the U.S. We’ve all been hunted at least once held against our will held down our freedoms blocked our rights to walk down a street at night in the rain taken away from us. . . I haven’t picked up a book since the verdict haven’t read a line a sentence nothing except the news I’ve read the news I’ve read and read my friend’s griefs their rages etched in their vocal chords the faces of white women in the supermarket when they hear me say into my phone He should have never gotten out of that car, Trayvon would be in college, if that man had just stayed in his car. . . I watch the faces of white women go terror then numb am I their new suspect their new hidden fear. . . We’ve all been hunted at some point in our lives profiled pointed at feared. . . My mother says he should have never allowed himself to be photographed with gold teeth in his mouth Said how sad it was that he didn’t have any decent friends who could have taken the stand to make him look like an intelligent, productive citizen in the world On the phone I remain silent I can’t fight with my mother when we’re both like this: hurt dazed hurt frustrated hurt our bones turning once again into sorrow songs our very thoughts haunted by the hunt I imagine my mother in her sweats how lucky she is to wear matching sweat jacket and sweat pants no hoodie in sight How many times we have all dressed in hoodies, never once questioning the language: hoodie, the always racialized form a protector for the head becomes We pulled hoods over our heads in our homes stood in front of our laptops and snapped photos of ourselves looking outraged looking confused weary mortified who was it who said Negroes only know two emotions hope and anger we are looking anything but hopeful victorious some of us are teachers and exude teacherly wisdom beneath our hoods it’s funny isn’t it how we get killed for wearing hoods for exposing our faces and covering our heads how the klan remain safe hooded think of it all the years we devote to university to end it by getting hooded we praise that hooding in academia we praise hooding our eyes are cracked pelvises another child delivered into this world to be taken from this world in violence we each married our eyes to computer screens we vandalized photos stole images of civil rights heroes put them in hoodies watched our favorite musicians the eccentric ones don their hoodies and still you’re dead and you’re still dead and you’ll always be dead now you’ll always be dead and now your murderer is free alive with his gun that gun that gun that took your heart from pumping fast and hard to nothing silence silence silence is all they want to hear from us Who can stand to be silent You who have no future anymore for over a year now no future and your murderer has his whole life ahead of him wide open the possibilities I can’t even think of the possibilities I think of the children I’ve wanted the body I’ve saved until my heart and spirit and mind are ready for children and now I’m ready now that I’m ready there you are aren’t you are dead your future is dead and all those dead futures of dead black boys that make me laugh at myself Who would bring a black body into this world I would I will I will I will not let them silence my body – Selah

Metta Sáma is author of After “Sleeping to Dream”/After After (Nous-Zot), Nocturne Trio (YesYes Books) & the forthcoming le animal & other strange creatures (Miel). She is Director of Center for Women Writers and Assistant Professor and Director of Creative Writing at Salem College.

Metta Sáma is author of After "Sleeping to Dream"/After After (Nous-Zot), Nocturne Trio (YesYes Books) and the forthcoming le animal & other strange creatures (Miel). She is Director of Center for Women Writers and Assistant Professor and Director of Creative Writing at Salem College.
Share:

An Interview with Fred Moten, Part 1 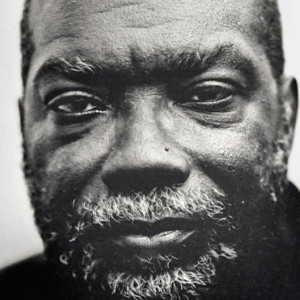