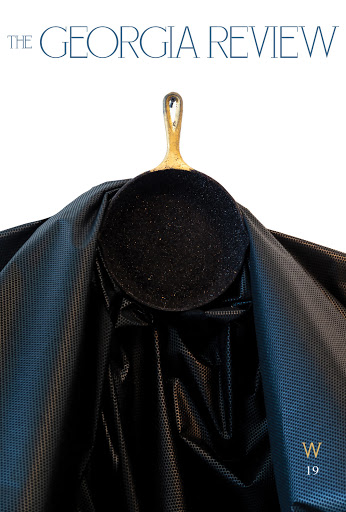 The following is excerpted from the story “The Special World” by Tiphanie Yanique, published in The Georgia Review. Tiphanie Yanique’s has published the poetry collection Wife, the novel Land of Love and Drowning, and a collection of stories, How to Escape from a Leper Colony. Yanique hails from the Virgin Islands, teaches at Emory University, and has been recognized with a Rona Jaffe Foundation Writers Award, a Fullbright scholarship, and a National Book Foundation “5 Under 35” listing.

Fly was alone. When his parents had dropped him off, they hadn’t come in like the other parents had done. He’d asked them not to, felt grown asking. Didn’t need their help with his one suitcase, half his weight, or with the backpack strapped to his body. He hugged his mom at the building door. Her eyes were furiously red, like she was witnessing the end of the world. Fly shook his father’s hand. His father held on and shook and shook, until Fly lurched away. His own palm sweaty and shaky. His father’s hand made a fist—nonthreatening to Fly, but embarrassing all the same.

Yes, it was good to leave his folks at the door. Fly walked in the dorm like he was from the place. Never looked back.

He knew his room number by heart, but he again pulled out the piece of paper that had come in the mail: 504 it still said. He took the stairs, passing other freshmen hiking with their parents—book boxes and mini fridges between them. On the door to 504, Fly’s government name was written in bubble letters on kindergarten paper. He took it off, crumpled it to a jagged ball. He wanted to eat it. Chew it down to paste and then crap it out. Instead, he let it fall to the floor, roll sadly under the extra-long twin bed.

There was only one extra-long twin bed. Sitting on that one bed in his new college home, Fly felt just like he had the night before. Nervous, and alone in that feeling. Wondering what his roommate would be like. If they would be cool with each other. Fly left the door open. Just in case. He wondered where the other guy would sleep. He guessed they’d have to roll in a cot.

Within the hour the floor got loud and then louder. The parents who had stayed were leaving. The students were losing their minds with glee. Three girls tumbled out of the room from across the hall. They smiled at Fly with manic smiles—like they were laughing at him. “He was cute,” he heard one say as they went, but she sounded hesitant. Like she was surprised. And maybe it wasn’t even Fly she was talking about. But no, Fly was sure it was him. That was something he had. The good looks.

In this fashion, Fly missed orientation that afternoon. Missed convocation that evening.

His mom had packed him industrial amounts of pork-rind chips and beef jerky. They hadn’t been Fly’s favorite in years, maybe had never been his favorite. But there he was, lying on a quilt his grandmother had made for him, munching on a jerky stick and staring at the ceiling. He was imagining his body floating five stories up, imagining that there wasn’t a bed or floor or five floors beneath him, because there wasn’t, not really; everything was connected, which meant that nothing really was keeping him from slamming to the ground but his own awareness of the bed and the floor and the five floors below him. He felt smart thinking metaphysical things like this.

Walking out of the dining hall, Fly would pass a whole section of the cafeteria where the Black and brown kids hung out. Where were they all and how could he get in?

Then a freckled guy with hair so blond it was white leaned slowly into Fly’s doorway. The man floated there, at a slant, and then smiled. Fly froze, the jerky a sad flaccid meat hanging out of his mouth.

“You must be . . . ?” The man asked this with his smile and his white eyebrows slanted up.

But Fly didn’t answer. The man righted himself and stepped into the threshold. His legs were short and thick and Fly wondered if he was a dwarf. “You got the single,” the man said, and he said it so casually and happily that Fly realized that the man was young—maybe not even a man-man. Though the guy, Fly now took in, had a full bushy blond beard.

“So what are your allergies?” the other said. “Sorry, forgot my clipboard.” Fly felt his mouth open, but nothing came out.

“Oh, shit!” said the RA, regaining his smile. “It means I’m your dude. I’m like your big, uh, brother, or maybe brother is the wrong word, or whatever. But anyway. Resident Assistant.” He high-fived the space on the door where Fly’s name had been. “Your name got lost. But anyway, I’m Clive. Look, we’ll figure out the allergies later. No worries. But we have a meeting downstairs, like now.” His grin went wonky for a second, but reset. He used his whole arm to wave Fly toward him.

Fly spit the jerky out and followed.

“Remind me your name?” Clive asked as they walked down the hallway.

At the meeting there was an actual adult. A grown-up. A white woman who also had a hint of beard. What was up with the hair on these people? She introduced all the RAs. Half of the RAs were Black—one of those was a guy who seemed girlie . . . but one was an actual girl. Dark-skinned and pretty. When introduced, the girl kept her arms at her sides but waved her hand like a shiver. Fly wished he was on that girl’s floor. But when she started talking there was no Blackness in her speech to speak of—nothing Southern even. Just all “you know” and “like” and even a “yay!” at the end. Fly looked around to see if anyone else sensed her fraud. But no one met his eye.

He was not going to survive freshman year. He was going to end up back home in Ellenwood before the week was out.

But he didn’t. He got registered for classes. He started classes. Intro everything: American History, World Religions, World Music. Bare min. credits, because he still wasn’t sure he would stick, so why stretch. He started having lunch with the students from Introduction to World Religions, because the class ended right around lunchtime, so why not. They would talk Judaism. Fly didn’t think he’d ever met a Jew in his life—except for maybe his dad, who identified as Black Jewish every now and then. But now there were a bunch of actual Jews. And they were saying things like: “We’re not really white,” though they sure looked white to Fly. And also: “God, as a concept, is real. But God as a divine—well, that is a social construction.”

Fly started really reading; before he’d read books just for the sex scenes. But now there was still no roommate, so plenty of time. At the World Religion lunches, he would add things like “but for the Black Man, religion is the only safe route to masculinity. The secular Black man as a man is too dangerous.” He’d never known he thought things like this before. It was his father who first spoke these narratives—out loud during dinner, instead of dinner conversation. Now, when Fly spoke, the others would nod or shake their heads. Even the shaking heads was an agreement—like “ain’t that something.”

Walking out of the dining hall, Fly would pass a whole section of the cafeteria where the Black and brown kids hung out. He longed for them. But how did those kids of color all know each other already in week two? There were only like one or two brown kids in his classes. Where were they all and how could he get in?

From the short story “The Special World” by Tiphanie Yanique, excerpted from The Georgia Review’s Winter 2019 issue. All rights reserved.

The Ubiquity of Little Women: 11 Books Inspired by the March Family 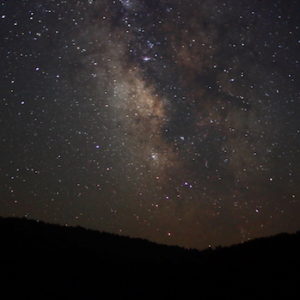 Notable Literary Deaths in 2019 As if the year wasn't bad enough, in 2019 we were obliged to say goodbye to far too many members of the worldwide literary...
© LitHub
Back to top