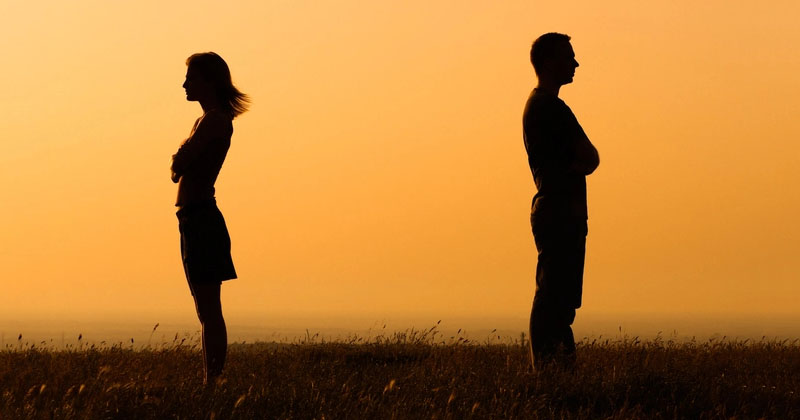 Why I Made My Main Character a Right Wing Blogger

When Milan Kundera accepted the Jerusalem Prize for Literature in 1985, he gave a speech about something he called “the wisdom of the novel,” an idea he illustrated with an anecdote about the first draft of Anna Karenina. In the novel’s earliest sketches, apparently, Anna was portrayed by Tolstoy as a venal and shallow adulteress who more or less got what was coming to her. Of course, by the time he was finished, she had become a much more complicated, conflicted, fully tragic character, one who commands our sympathy as she pays the price of her transgressions. So does this mean, Kundera asked, that somewhere in the course of revising the book, Tolstoy had revised as well his own opinion about the morality of adultery? No: it meant that Tolstoy had stopped listening to his own opinion, because he was starting to hear another voice instead, the voice of a “suprapersonal wisdom”—the wisdom of the novel— that overrode his personal conviction.

When I was a younger person, in my teens and especially in my twenties, I held some uncompromising political views. Most justice-related questions had clear answers, and the further out one ventured toward the end of the political spectrum, the simpler and more logical those answers tended to be. I remember having an argument at the dinner table with my father about Communism, for example, the rightness of which, whatever its failures in practice, seemed self-evident. We were talking about cars, the price of cars, where all that money went, and where it ought to go instead. He was red-faced by the end of it. I was trying to project an infuriating calm.

But even then—in those years, I mean—in the back of my head, I had an idea about what would probably happen to my politics as I got older. Though I didn’t particularly look forward to it, I thought it inevitable that maturity would bring with it a more patient willingness to entertain other ideas. I don’t mean that I would grow more conservative with age (though that happens to a lot of people, as it did to my father), but just that there would take place, more or less naturally, a healthy diminishment of my own conviction that I was right. With age comes wisdom, and with wisdom comes humility, often in the form of a certain relativism, a democratic willingness to consider alternate viewpoints that might make me a less passionate person but probably more pleasant to be around, at family dinners for instance.

That hasn’t happened. I know that part of it has to do with the savage quality of the times we’re living in, to which I am of course not immune: the extreme partisanship, the giant sinkhole wherever any ideological middle ground used to be, the bizarre, alien aspect of the tens of millions of Americans who blithely insist that everything is going great, who don’t see the national emergency in front of their eyes. But that doesn’t explain all of it. Anyway, against my own expectation, I’ve hardened. I have less interest than ever, frankly, in reaching across the proverbial aisle.

I remember one morning earlier in this long, long year when I read an op-ed in the Times urging me to stop demonizing America’s extreme right wing, to really make an effort to understand the sources of their pain and disaffection, and then I scrolled a few pages further down in that same day’s paper and read a story about that guy who showed up with a gun at a pizzeria in Washington because he’d heard that Hilary Clinton and John Podesta were selling children into sex-slavery out of the basement there, and I just thought: No. Why should I try to bring compromise to bear on a situation like this, on people like this? All that matters in the end is whether or not there are more of us than there are of them. (And also the degree to which Republicans succeed in their national campaign to disenfranchise minorities, but that’s another story.) I’m not especially drawn to “understand” them.

Except when I’m writing. A novel is an aesthetic form but it is also, in itself, a particular way of thinking; and there’s a counterweight in my writing life to what I think of as my own deeply held moral and political convictions, a counterweight I’m conscious of mostly after the fact. More and more, in my fiction, I find I’m drawn to characters whose existence, whose worldview, is alien to mine. I don’t understand them, and that lack of understanding provokes me. I don’t think there’s any sort of saintly impulse behind that: it’s just a challenge, technical as much as moral, and in any case it’s a matter of artistic instinct, which I try to follow rather than reason with. There are a few characters in my new novel The Locals—principally Gerry Firth, the angry, proto-Tea Party-ish blogger who longs for some era of past purity and hates government of all kinds—with whom, in real life, I’d have trouble conversing for the length of time it takes to drink one beer; and yet I chose to spend not minutes but years with Gerry, and his siblings and neighbors, in an effort to let them explain themselves, to let them make their case.

It’s not about benevolence, or even tolerance. There’s only one imperative at work, which is to make the novel interesting, to keep it from being boring. And what makes a novel boring? Well, a lot of things, but primarily the sense that the characters themselves are the avatars of the author’s prejudgments, that they are there to perform roles in a parable, to serve out a sentence that was determined before their trials began. Again, I’ll borrow from Kundera: “Not only is the novelist no one’s spokesman, but I would go so far as to say he is not even the spokesman for his own ideas . . . Great novels are always a little more intelligent than their authors. Novelists who are more intelligent than their books should go into another line of work.”

So maybe there is some sort of better angel that’s engaged by making art. (Not like I’m the first to figure this out. “My poems, I suppose,” John Ashbery once said, “come from a part of me that I am not in touch with very much except when I am actually writing.”) To what end, though? What’s that angel after? What’s the relationship between a novelist’s own politics and the imperative toward empathy? Why make the effort to animate people whose views and beliefs you disagree with? It can’t be just to engineer their comeuppance, because—again, strictly in artistic terms—there’s nothing more boring than that. It’s like building a fictional barrel to shoot fictional fish in.

Maybe the goal is not to recognize the “humanity” in people driven by anger, bigotry, selfishness, etc. Or maybe it is, and I’m just afraid to admit it; but even if that’s true, there’s another side to the coin. There’s no way around it: in order to animate these characters and keep them from lapsing into puppets or cartoons, in order to get far enough inside their souls to allow them to make their case, I have to find some little mirror-shard in them, I have to discover some aspect of myself in what I identify, in my non-working hours, as the Other. And that’s no sort of kumbayah moment for me—nor (one hopes) for the reader either. That is, it’s not about recognizing that these alien characters are actually just as noble as I am. It’s about ferreting out and using that thing in me that’s just as ignoble as they are. To quote another character in The Locals: There’s your fucking brotherhood of man, am I right?

Jonathan Dee is the author of seven novels, most recently The Locals. His novel The Privileges was a finalist for the 2010 Pulitzer Prize and winner of the 2011 Prix Fitzgerald and the St. Francis College Literary Prize. A former contributing writer for The New York Times Magazine, a senior editor of The Paris Review, and a National Magazine Award–nominated literary critic for Harper’s, he has received fellowships from the National Endowment for the Arts and the Guggenheim Foundation. He lives in Syracuse, New York. 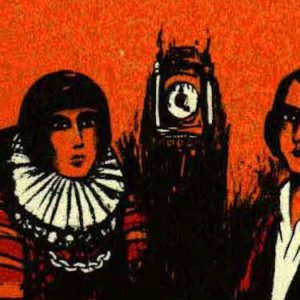 I've only purchased two ebooks in my whole life. I don't like to do my reading on devices, and in fact I'll do almost anything...
© LitHub
Back to top