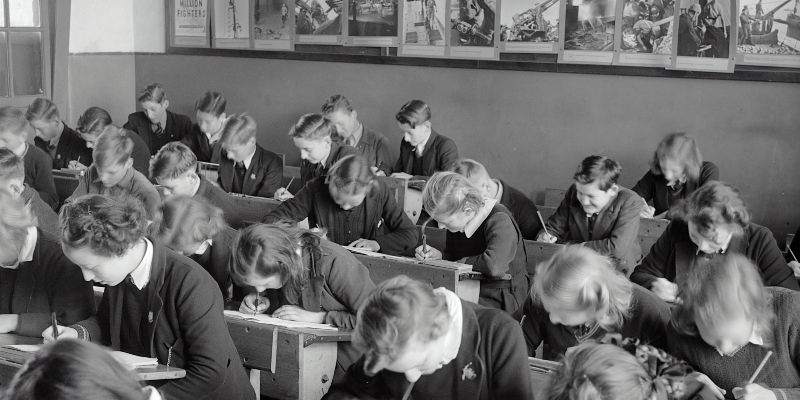 The Schoolhouse is Burning: What’s Happening to Public Education?

Derek W. Black in Conversation with Andrew Keen on Keen On

On today’s episode, Derek W. Black, author of Schoolhouse Burning, discusses why public education as we know it is in trouble.

Andrew Keen: Do you think there’s an element of racism there too? So often in America, when this financialization comes up, whether it’s health care or education or so many other areas, it’s always the minorities, particularly African Americans, who are the victims of them. Do you think that, consciously or subconsciously, these people want to somehow punish Black Americans?

Derek W. Black: I think they are certainly playing on the emotions of other people who want to punish Black America. There’s part of me—it’s dangerous to psychoanalyze. I feel like they just care about their own money, when we’re talking about the Kochs and the DeVoses. They don’t want to give it to anybody. But as has always been the case in American history, people at the top of the food chain can use issues of race to get their agenda through.

I have some some maps and charts in the book that sort of scale out, what is the level of privatization? Where does it exist? Where does it not exist? And the scary thing about that for me is that when you look at predominately white, monolithic states, there’s almost no privatization at all. But when you look at the Southeast and the Southwest, where we’ve got far more diversity, and even some of our urban centers elsewhere, privatization is running off the charts. Why is that? I think in part it is tapping into that fear that, you know, we’re going to take your tax dollars—you being you white folks—and spend it on public schools for African American kids. Let’s just get out of this mess. Right? Let’s do something different.

Andrew Keen: I have to admit, Derek, when there’s debate about education, high school education, K–12 education in America, often my mind switches off because it’s so technical. They go on and on about vouchers and freedom. Simplify it for me and for our viewers. Is this support of vouchers, is it a euphemism, again, for just destroying public education?

Derek W. Black: Yeah, I think so. They dress it up with a lot of technicality and a lot of tax cuts and tax credits and things of this sort. But at the end of the day, what their policies are doing is saying we have tens and hundreds of millions of dollars that we spend in public schools for any kid who wants to attend. And we want to take more and more of that money and put it in the private sector and give it to people to attend private schools. And that’s where they stop, because some people go, oh, the private school district, that might be a really nice place for my kids.

What they fail to tell us is that none of those private schools are obligated to take any children they don’t want. They can have admission standards. They don’t have to meet the needs of students with disability. They can discriminate based upon religion. They can treat LGBTQ children differently. They can even have, to be quite honest, racially hostile environments. Now, there are laws that prohibit them from excluding African Americans, but they don’t have to be nice to them once they’re there, so why would you go to such a school? There is no protection for any of our disadvantaged children once they leave that public schoolhouse. And that is not part of the narrative they’re selling.

Derek W. Black is a professor at the University of South Carolina Law School where he teaches constitutional law, civil rights, and education law. He is a well-known and outspoken advocate of the importance of public education and his work has been published in both professional legal journals as well as the mainstream media.

Whoever Said Platonic Love Can't Be Sexy? (Hint: Not Plato) 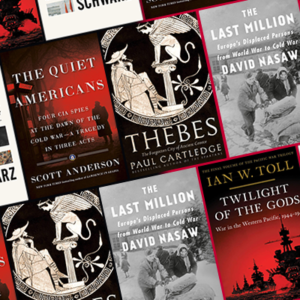 David Nasaw's The Last Million, Ian W. Toll's Twilight of the Gods, Geraldine Schwarz's Those Who Forget, Scott Anderson's...
© LitHub
Back to top