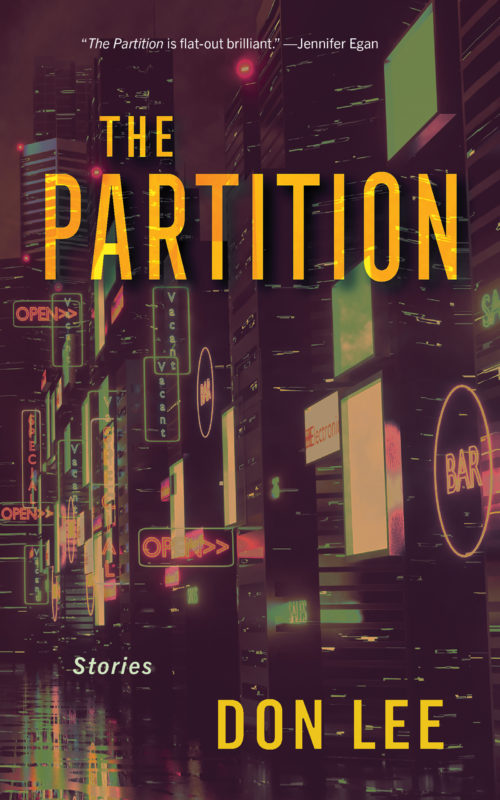 The following is an excerpt from "The Sanno," a story in Don Lee's new collection The Partition. Lee is the author of the collection Yellow and the novels Country of Origin, Wrack and Ruin, The Collective, and Lonesome Lies Before Us. He has received an American Book Award, the Asian/Pacific American Award for Literature, and the Sue Kaufman Prize for First Fiction. He teaches in the MFA program in creative writing at Temple University in Philadelphia.

We were supposed to stay at the Sanno Hotel for only a week or so while my parents looked for an apartment to rent, but we ended up spending the entire summer there. For me, fourteen at the time, there could have been nothing better, having the run of the sprawling hotel, being overseas again.

This was forty-five years ago, in 1974. The Sanno—located in the Akasaka district of Tokyo—was called a transient billeting facility, meant to house US military personnel on R&R (Rest and Recuperation), TDY (Temporary Duty), or, as with us, in Japan for a PCS (Permanent Change of Station). Although my father was classified as an Air Force civilian, he was not actually employed by the military, however. He was in the CIA, something I’d learned two years earlier and was still trying to puzzle out.

The Sanno had a pool, an arcade of stores, beauty and barber shops, a spa, a cocktail lounge, a movie theater, and several restaurants that featured a continuous rotation of buffets. Much of it was staffed by non-Japanese Asians, mostly Filipino and Korean. There were also quite a few non-Japanese Asian women, mostly Thai and Vietnamese, who served as the dates or girlfriends or wives of the officers and GIs in the Sanno. Yet there were very few Asians like us—Asian Americans—at the hotel, a situation that was not unfamiliar to me.

My father was Korean American, born and raised in Lincoln, Nebraska, until he moved to Honolulu for high school. My mother, who’d never left O‘ahu before meeting my dad at the University of Hawai‘i, was your typical Hawaiian mixed plate of Asian ethnicities: Korean and Okinawan, with some Chinese, Filipino, and Japanese thrown in there, along with a trace of Portuguese, maybe a freckle of Scottish. Apart from haoles, i.e., the white minority, practically everyone on the island was just like us. Nearly everywhere else in the world, though, we were viewed as anomalies, objects of flagrant curiosity, especially in the countries to which my father was posted (local boys would often trail after me in astonishment, yelling, “Bruce Lee! Bruce Lee!”).

My father had studied Korean, Japanese, and political science at UH, but absurdly, after recruiting him, the CIA had assigned him to the Middle East desk. Thus, we were sent to Turkey, Egypt, Lebanon, Iran, and Oman, with queer detours to Yugoslavia, Greece, and Zaire. We never stayed anywhere longer than two years, sometimes leaving after just one. In those days, these were not desirable or even very tolerable overseas posts, although they were relatively safe. Pretty much all of them were considered hardship assignments, meriting additional pay. “Shitholes,” my mother called them. “The armpits of the Third World. Why is it we never get to go anywhere nice?”

Another one of her perennial complaints was about my dad’s covers. Almost without exception, his covers were DOD-related—some sort of military attaché or advisor or liaison officer, often with the USIA or Army, not as a full-fledged diplomat in the State Department. So, we never got a fancy house or a maid, or a luxury sedan or a chauffeur, or a nanny or a gardener. We never got blue diplomatic license plates that would allow us to park anywhere with impunity, or black diplomatic passports that would let us bypass security at airports and enter lounges and get upgraded to first-class. Generally speaking, we never got to be, as my mother desired, “big shots.”

Tokyo was supposed to be a major change for us, a substantial step up, but my father’s office wasn’t even in the US Embassy building. He was in the Provost Marshal Liaison Detachment (PMLD) for the Fifth Air Force at Hardy Barracks, a little outpost in Nogizaka that contained offices for the Stars and Stripes newspaper and the Office of Naval Research (which might have been the NSA), a helipad, a tiny Navy Exchange store, and a lone gas pump. And we wouldn’t be living in the Grew House, the embassy housing compound near Roppongi, either. We had to find a civilian apartment somewhere in the city.

This task was challenging for several reasons. First was the meager budget my father had been given. Second was that many Japanese landlords didn’t like renting to gaijin, or foreigners. Third was that though we were American, we were Korean by blood, which didn’t play well with a lot of Japanese.

“This is ridiculous,” my mom would say to my father after another fruitless day of searching. “This is impossible!”

We were beginning to go stir-crazy in the Sanno. Initially I’d been thrilled just to be half a world away from Falls Church, Virginia, near CIA headquarters, where my father had been posted for a year. It’d been the first time I’d ever lived in the States for an extended period, other than our usual home leaves to Hawai‘i every other summer. As expected, being the new kid in Virginia—one who happened to be “Oriental”—I’d been bullied and taunted. I couldn’t wait to get out of there. But as the summer wore on in Tokyo, I was running out of ways to entertain myself.

After breakfast with my parents, I’d usually go to the small bookstore near the front entrance and read for a while in the lobby. I liked spy thrillers. I’d watch the comings and goings of guests and imagine clandestine meetings and assignations. The hotel was busy. Although the Vietnam War had almost completely wound down by then, there was still a large US presence in the Pacific Rim, and a lot of personnel came through the Sanno. Eventually I’d meander from the lobby into the game room and play pinball until I ran out of quarters, then I’d go upstairs and change into my trunks and head to the swimming pool, where I’d eat a cheeseburger and fries for lunch at the snack bar. By one o’clock, I’d be bored.

My father often had to go out at night for his job, so when dinnertime rolled around, my mother and I would eat at one of the buffets and then amble into the cocktail lounge, where there was sometimes live music. I would have a Coke with five maraschino cherries and she would have a glass of Mateus Rosé before shifting to Rusty Nails—scotch with a dash of bitters and Drambuie liqueur floating on top, garnished with a twist of lemon.

“Promise me something, Alain,” she said to me one night. “Promise me you won’t end up to be a useless panty like your father.”

I didn’t know how to respond to this. Panty was Hawaiian pidgin for wimp, wuss.

A Filipino couple—husband on electric guitar and wife on synthesizer—was performing on the little stage in the lounge, butchering Beatles songs in broken English.

I wasn’t sure if my mother was expecting an answer from me. Thankfully by the time the Filipino duo finished singing “Lucy in the Sky with Diamonds,” she’d moved on.

“Want another Coke?” she asked me. “I think you do. I think it’s high time for another round, yeah?” 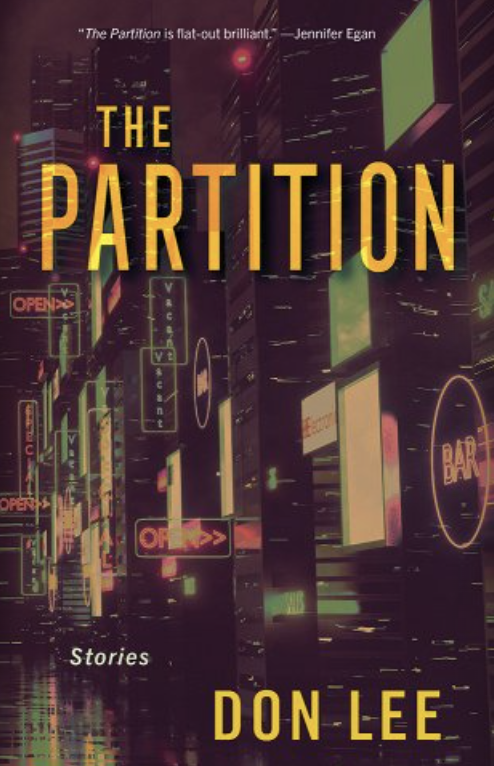 Excerpt of “The Sanno” from The Partition by Don Lee, copyright © 2022 by Don Lee, used with permission of the author and Akashic Books.

#BookTok is selling a ton of books, especially backlist titles for young adults. 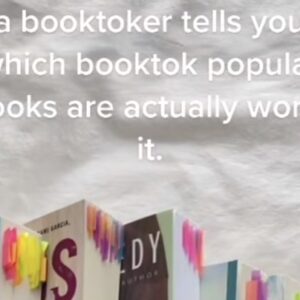 #BookTok is selling a ton of books, especially backlist titles for young adults. A non-terrible piece of news coming in from the bookish corner of TikTok also known as #BookTok: it's selling books, and a lot of them. The...
© LitHub
Back to top
Loading Comments...