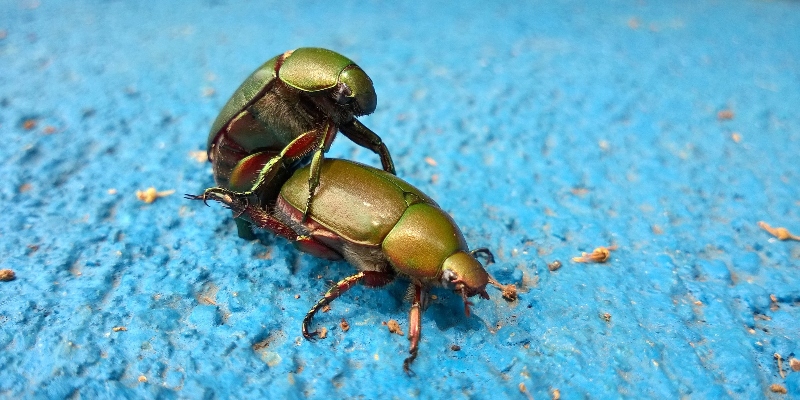 In Conversation with Dan Hanks on the New Books Network

Take an average-to-below-average man, his loyal best friend, a jar of pickles, and some bug sex facts, and what do you have?

The answer to that is Stringers, the new novel by Chris Panatier (Angry Robot, April 2022), which is already garnering fantastic reviews. In this riotous, laugh-out-loud science fiction epic, Ben Sullivan has lived a life full of questions relating to the strange facts in his brain and now faces abduction by aliens who want the answers he doesn’t have. It’s part buddy movie, part space adventure, with lots of heart and charm.

“I wasn’t thinking about a space comedy even when I first conceived of Stringers,” Chris says. “What I first conceived of was “what if someone was born with a bunch of crazy knowledge in their head.” Of course, because of my affinity for potty humor, that went to bugs fucking themselves in the head, which you’ll find on page three.”

From its stunning cover to the formatting quirks that make it unlike anything you’ve read before—plus, yes, those bug facts—Stringers is sure to delight fans who enjoy Hitchhiker’s Guide and Red Dwarf and who might be in need of a laugh-out-loud escape from reality.

Dan Hanks: We could talk about your literary genius, but let’s skip straight to bug fucking. Um… why?

Chris Panatier: The genesis of the whole thing was just me being bored in the courtroom. I’ve worked as a lawyer for 20 years, and I was watching an expert testify for the other side that I had seen testify a million times, and I was daydreaming, and I swear to God, I literally just started to think about, “What if I had some strange knowledge in my head?” or “What if somebody else did?” Because I’m always thinking of story ideas, and I thought, what strange knowledge would be compelling and just shock the reader? I wonder if there is a bug or animal in the world that reproduces by fucking itself in the head?

So I Googled it when I got back to the hotel room, and not only is the answer yes, but there are many head-fucking animals in the world, mostly among hermaphroditic worms, but others do it too. And I was like, okay, so this is not only stuff that no one has ever heard—your average reader will not have been into this for the most part—but also it’s just funny. Mother nature has a sense of humor.

DH: Ben’s brain is a character. You’ve also got a jar of pickles in there, which is its own character. And you’ve got Patton, who is a sidekick but also not a sidekick because he’s his own rich, fully fleshed out, amazing persona. Basically, every character in this book is very distinct and crisp. How do you do that? Do you have a process? Do you come up with characters beforehand? Do they evolve as you write? How does that work?

CP: My characters are purely two dimensional when I start. I am unable to sit there and conceive of a character beforehand. By the end of my first draft is when I know who my characters are. Virtually every time I write a story, I don’t know who they are exactly until the end of the first draft. And then I go back and in revisions I flesh them out and I write them into their fully three-dimensional people they are. I find that really what I start with, more than anything else, is just, here’s this person’s situation and what do they want? And as soon as I know their motive, then I’m able to build on their motive to build the character. That’s really how it goes for me.

Chris Panatier lives in Dallas, Texas, with his wife, daughter, and a fluctuating herd of animals resembling dogs (one is almost certainly a goat). He writes short stories and novels, “plays” the drums, and draws album covers for metal bands. Plays himself on twitter @chrisjpanatier.

Dan Hanks is the co-host of New Books in Science Fiction and the author of Captain Moxley and the Embers of the Empire and Swashbucklers.

Can We Trust Anything We Read in the Media These Days? 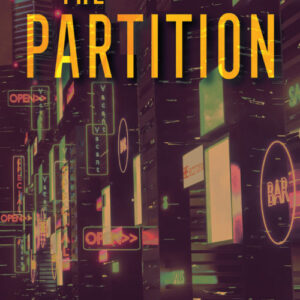 We were supposed to stay at the Sanno Hotel for only a week or so while my parents looked for an apartment to rent, but we ended...
© LitHub
Back to top