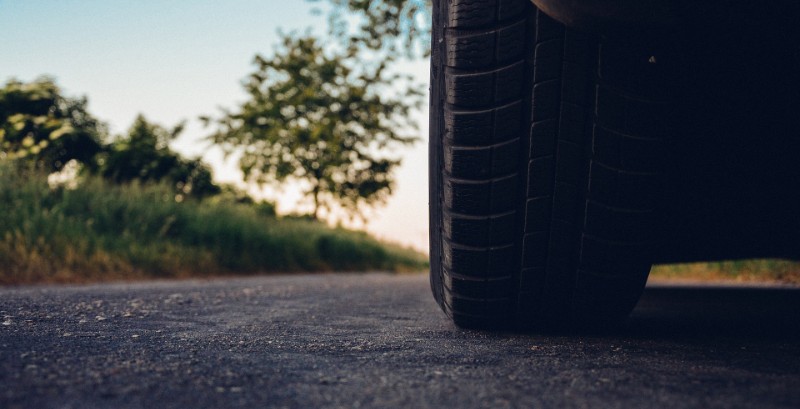 Amy Jo Burns on Driving Into the Unknown

I feel creatively lost most of the time. It doesn’t matter if I’m beginning a fresh project, wading through the middle, or racing toward the end—I often find myself in a fugue state that makes it impossible for me to understand what I’m doing, even as I’m doing it. This is what I love about creativity. It defies summary.

“How did you write this?” friends have asked me about books and essays, more than once.

I aim for honesty when I tell them I don’t know. But that isn’t the whole story. There’s a subtle, but crucial difference between being unaware of what you’re creating, and allowing yourself to enter into a state of unknowing about what you’re creating. The first keeps you from reaching the sights you’ve set for yourself. The second helps you surpass them altogether. More simply put: you have to let yourself get lost.

My first book was a memoir, and after I published it I was sick of myself. I wanted to write other things about other people. I didn’t want so many limits; I sought fresh destinations for my imagination. The problem was I had no idea how to get there. It felt almost like I couldn’t go home any more. Or if I did, it wouldn’t be the same.

I grew up in a small town in western Pennsylvania, and after I left for college, Interstate 80 became the quickest way to enter and exit my past. I’ve driven it a few times a year for over a decade now, in every season, and I love the quiet predictability of it. My favorite memories: Honking the horn at Love’s Gas Station. Getting ice cream at Exit 173. The late nights I spent looking at the moonlit profile of the only man I’ve ever loved, who now shares that long drive with me. The moment the clock tower in my hometown appears, piercing the dark sky with light. The way I’d coast through town with the windows down and the radio on, realizing the car next to me was listening to the same station, too.

You can’t drive for that long and not have your mind wander to weird places. Radio static meets an endless stretch of asphalt, and even though I dread the drive every time, I’ve gotten my best creative ideas on those journeys. I-80 isn’t beautiful. It’s always under construction. It’s rough in parts, something like smooth in others. Lonely. I-80 is a draft.

I write as if I’m headed home—as if my body can get me there, even when my mind can’t find the way.

It’s a ghostly drive, headed toward the home where you once lived, the same way a draft is full of a writer’s own ghosts. Homegoing—the act of going home—is the way you beg your memories to roll over in their graves. It’s how you bring those ghosts back to life.

People say writing a book is like building a house. You start with the foundation, add rooms and walls one by one, and then finish with paint, shutters, and other adornments. This is has never made much sense to me because even our foundations are ever-shifting. There’s no room for movement in that mindset, for wandering, for driving. For getting lost.

Thirty years ago, my father told me it was a dream of his to build a house. I remember being four years old, standing in the empty plot of land he’d purchased. We found stale hot dogs and a scorched ring of fire that a rogue camper must have left behind. There, my father pointed to the low sky. That’s where your room will be.

That empty space held his dream, and soon the dream became realized, became ours. I lived a whole life in that house. Last August, my parents told me they were selling it. Two weeks later, it belonged to someone else. I didn’t get to say goodbye. My memories feel severed, even as I celebrate with my parents as they dream of something new. I didn’t expect to miss the drive, the way it helped me shapeshift into who I used to be. I feel lost without it.

To be “lost” usually means to not know the way. But it also means to be let go. To let something go.

There’s a potent creative muse in yearning for what’s gone. Nostalgia, you might call it. It comes from Greek—nostos, to return home, and algos, pain.

After I started writing fiction, it felt like I no longer knew the way home. I often hear memoirists claim that writing memoir is just like writing fiction. We employ the same techniques, they say: scene, dialogue, detail, characterization. And that’s true. But I wonder why we reach for such straightforward answers. I fear in our attempts to liken memoir to fiction—to create a solid roadmap between the two—we cheapen the genre by trying to legitimize it by comparison. As if the form, as if the truth itself, cannot stand on its own without embellishment.

I was on a panel once with a novelist who had written a memoir.

The audience laughed. My heart flattened. I think what this writer was aiming for is the notion that no memory can capture the whole truth, and therefore, every story must be a lie. But he discounted the risk a memoirist takes when she tells the truth, unmasked.

When I consider both the memoir and the novel I wrote, I can’t compare them. The risk of each feels distinct. Sometimes writing fiction feels like getting away with something, and writing memoir feels like getting caught. Sometimes the opposite is true. What that novelist on my panel couldn’t see, I think, is that in being so casual with our lies, we are often too frugal with the truth.

Fiction lives at the horizon, and memoir appears in the rearview mirror. But it has always been me who is driving the car.

I write as if I’m headed home—as if my body can get me there, even when my mind can’t find the way. There’s a spot on I-80, westbound, with a small sign that reads: HIGHEST SPOT EAST OF THE MISSISSIPPI. It’s meant to be a landmark, of sorts—but every time I see it, I think—am I really so high? It never feels that way. The sign disorients in its orientation. This is exactly what it feels like to finish a draft: to press your finger into a spot on a map and still feel unmoored by all the coming outposts. A moment that finds its significance in the rearview mirror, only after you’ve passed it.

I know an essay I’ve written is complete when the act of writing down a particular experience becomes more prevalent in my mind than the experience itself. It’s the closest to closure I’ll ever come. Fiction, I’ve found, is different. It ever opens toward possibility.

In asking myself how I switched from memoir to fiction, my only answer is this—fiction lives at the horizon, and memoir appears in the rearview mirror. But it has always been me who is driving the car.

Before my parents sold our house and moved away, one of my favorite things to do with my dad was sit in the passenger seat of his truck while he drove the backroads of western Pennsylvania. He didn’t need a GPS; he was the GPS. I used to ask him the best way to reach particular destinations, and he often said: you can’t get there from here. There was always some middling territory, a purgatory of dirt roads and alleyways and graveyard shortcuts that connected one secret location to the next. A required period of latency, if you will—an almost, but not-yet.

Each detour I took with my father had a story to go with it, as well as a landmark: The tunnel where my father and his brothers found an old fighter jet. The stretch of abandoned highway that passes the hugest rhododendron bush you’ve ever seen, bigger than the house behind it, blazing fuchsia in the setting sun. The sloping hill outside of Pittsburgh where the local pool my father’s family once managed had been filled in with dirt and a real estate company built condos on top of it. My father showed me how our stories layer themselves, how a road buries its own history beneath it. 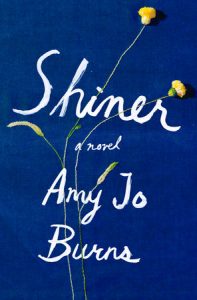 Shiner by Amy Jo Burns is available for pre-order via Riverhead. 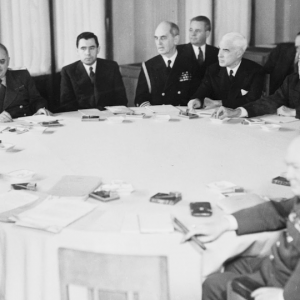 Seventy-five years ago, in February 1945, some of the last battles of World War II were still being fought but the Allies—US...
© LitHub
Back to top
Loading Comments...