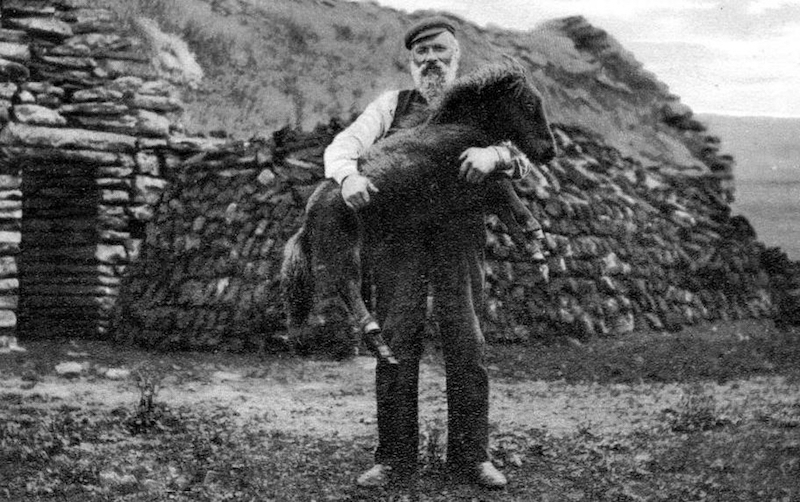 The Rise of the Small Press on the Man Booker Shortlist

Could a Two-Person Press from Glasgow Win One of the Biggest Prizes in Literature?

As Man Booker-shortlisted His Bloody Project, published by a tiny Scottish press, enjoys phenomenal sales, we talk to other British indie presses whose books have made it to prestigious shortlists. Are they the ones taking all the risks?

His Bloody Project is a crime novel novel by Graeme Macrae Burnet about a triple murder in the 19th century in a remote community in the Scottish Highlands, recounted by the author of the atrocities as a memoir. It came out in November 2015 from Glasgow mini press Saraband—specifically by its crime imprint, Contraband—with a first print run of 1,500 copies. His Bloody Project was not reviewed by mainstream media outlets; nothing too thrilling to see here as far as publishing stories go… Then, eight months later, everything was turned upside down when the book got longlisted for the Man Booker Prize.

It’s the usual fairy tale: Saraband, which counts two full-time employees, has gone back to press four times since, sold translation rights in six countries, and is now ordering tens of thousands of copies and trying to balance turnaround time to meet the skyrocketing demand. Over the summer, the book’s praises have been sung by the New York Times

, The Guardian, The Financial Times, The Wall Street Journal, TLS, you name it. Its film and TV rights have already been bought.

Being on the shortlist for Britain’s most prestigious literary award is usually a jackpot for publishers. Readers seem to especially love the underdog nominees, and this year that’s undoubtedly Burnet. This, Burnet’s second novel, has been outselling the rest of the shortlist—and even longlisted authors like Nobel and Booker laureate J.M. Coetzee—since the selection was announced. With 10,000 copies sold in the first couple weeks after the announcement (the latest data is from a month ago), it’s flying. “We haven’t been through anything like this before,” says Sara Hunt, Burnet’s publisher, via email. “I live within a very short distance of Graeme and we’ve been able to celebrate the big milestones together, but we’ve also been able to support him every day through all the decisions and the media frenzy. But Graeme himself is very grounded.

Saraband’s story is one we’re seeing more and more lately, as small presses making it to big shortlists is becoming the norm. Independent publishing house Oneworld, UK publisher of Paul Beatty’s The Sellout, is also in the middle of reprints, having produced more than 50,000 copies to date. They should have it a bit easier, though—not only because of their 21 employees, but because their title, A Brief History of Seven Killings by Marlon James, winner of last year’s Booker, has sold 360,000 copies to date. Juliet Mabey founded Oneworld with her husband in 1986. She tells me, from Frankfurt: “The Man Booker and Baileys Prizes do seem to feature a noticeably large number of independent publishers on their lists each year. While booksellers are obviously under pressure to select and promote titles on a commercial basis, literary judges are free to focus only on the quality of the writing, and I think the indie sector is publishing some really brilliant fiction (as well as non-fiction, poetry and even essays today). Some of these novels are debuts, or by authors with low profiles, and might be hard for bigger publishers to support, as their overheads are higher and they are necessarily more risk averse, so the bar to sign up a novelist is set higher.”

Kevin Duffy co-founded Bluemoose Books and, back in 2012, published Benjamin Myers’s Pig Iron after he had been turned down by Picador and Macmillan. The book went on to win the inaugural Gordon Burn

prize, and his second novel, Beastings, took home the Portico. Duffy says: “The independents are taking more creative risks. The reading public are getting kind of tired of the big corporates. They’re replicating successes but not really investing. Indies are the R&D [research and development]—we find new writers, spend a lot of time with the manuscripts, go out and find a readership, and then the bigger publishers come in and take them away. I don’t begrudge the writers, because they need time to write, and of course they will go with a big publisher.” The publishing environment, Duffy adds, is “brutal”—“especially when agents jump in and wave a huge check. But the industry is changing, and the day of the big advance has gone. It’s a great time to be independent.”

Stefan Tobler, publisher and founder of And Other Stories, specializing in fiction in translation, had just kicked off his small press when the opportunity to publish Deborah Levy’s novel Swimming Home appeared. “It was our first year, and three of our four books were by foreign authors who had never had a book published in English. In comparison, publishing Levy didn’t feel like a massive risk, as it apparently did for big publishers … The recession had just started and bigger houses were not willing to take a risk on a very literary book.” Swimming Home went on to get shortlisted for the 2012 Booker shortlist, as its successor, Hot Milk, did this year. For Tobler, it was a gift: “It meant that we could keep publishing adventurously. We could not only carry on but expand from four to ten books a year. Without [that nomination], we might well have gone bankrupt in the first couple of years!”

“I think there is increasingly a reliance on the part of larger publishers and agencies for small or indie publishers to discover the great new writers, and then they like to come along and continue publishing it. If you look at this year’s Goldsmiths prize, for instance, all the authors bar one have reputations that have been made by independents,” he concludes.

Ray Russell, who co-runs the Tartarus Press from a living room in North Yorkshire, makes the point that, for small presses, entering books for awards like the Booker can represent too big an investment. Entry rules include guaranteeing the novel has at least 1,000 copies available for sale on the publication date, plus an investment of £5,000 ($6,104) if it’s shortlisted.

Tartarus published The Loney, a gothic horror novel by Andrew Michael Hurley, which got found, slowly but steadily, by readers and reviewers alike—until the Daily Telegraph picked it up and one of the publishers at John Murray’s, Mark Richards, read it. Richards offered Tartarus the opportunity to take it off their hands and bring it to a mass-market audience. “We realized that was best possible thing for the author,” says Russell. “We then watched its stratospheric success!” The book went on to win the Costa award for the best debut novel, among other prizes. “We didn’t put it in for the Booker purely because of [the monetary requirements to enter]—and I know a lot of small presses feel the same way. It’s a very difficult decision to make.”

“Small presses do take a lot of risks, but talking so closely to John Murray, for instance, they’re just as passionate. Yes, they have to factor in a lot more things. They’re still taking risks, albeit at a larger scale. There are mainstream presses doing the same thing and publishing new authors, which is great.” On seeing The Loney’s success, he says: “We have very mixed feelings. We couldn’t have put the money, time and resources James Murray did. We had sent it to reviewers who ignored it and then picked up the second time round … So it felt very strange for us but we were very pleased for Andrew.”

Sam Jordison is one half of Norwich’s Galley Beggar Press, who first published Eimear McBride’s A Girl Is a Half-Formed Thing within their first year of existence, after it was famously rejected by lots of publishers. The novel won the Bailey’s Prize, the Goldsmiths Prize and others, and was unanimously praised. Although when that happened, it was under a co-publishing deal with Faber, Jordison says the success “really validated our whole mission. We try to publish books other people wouldn’t and to have faith in readers.”

Has success or attention changed the way any of these presses work or approach new authors? Unanimously, no—if anything, the publishers declare themselves and their individual approaches endorsed by the recognition.

Duffy says Bluemoose’s approach is the same as always: to publish “what we fall in love with. Publishing is very simple! It’s finding readers that’s tricky.” Jordison says: “Prizes aren’t only good for presses like ours and to help get books attention. They’re great for the writers. Obviously we think they’re wonderful artists, but it’s incredibly rewarding for them to know the judges loved their work. The positive effect it has on authors is not to be underestimated.”
Deborah LevyEimear McBrideGraeme Macrae BurnetMan Booker PrizeMan Booker shortlistMarta BausellsPaul BeattyRay RussellSam JordisonSarabandsmall pressesStefan ToblerTartarus Press
Share: 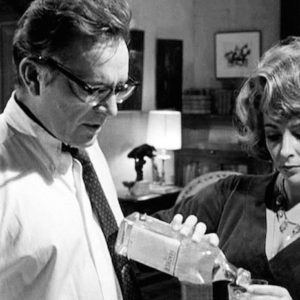 In July 1966, the avant-garde Yugoslav theater company Atelje 212 staged a production of Edward Albee’s recent blockbuster...
© LitHub
Back to top