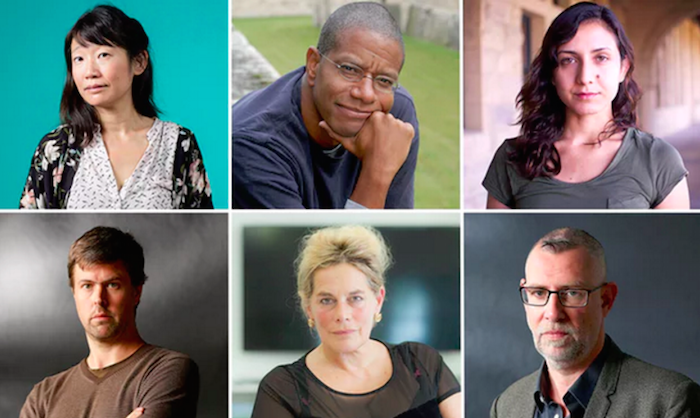 London feels properly autumnal, it’s cold outside and daylight is rapidly dwindling, which can only mean one thing: the Man Booker Prize is around the corner. As if we had it in us to endure another literary award, the Booker and the famously swanky dinner that accompanies it are upon us and will guarantee some high-level literary entertainment early next week.

Guaranteed to be less controversial than the Nobel on this occasion, the Booker has had its share of disputes. Knowing how comfortably it sits at the center of respectability now, it’s perhaps amusing to recall the old days of feuds, tantrums and general bickering between authors and publishers (when it sounded like an absolute horror to judge). In 1985, actress Joanna Lumley had this to say of her experience as a judge: “The so-called bitchy world of acting was a Brownie’s tea party compared with the piranha-infested waters of publishing.” Not so long ago, in 2011, Carmen Callil resigned from the jury complaining that winner (of the International prize) Philip Roth was a misogynist. My personal favorite is Julian Barnes’s description (years before he finally won it):

It drives publishers mad with hope, booksellers mad with greed, judges mad with power, winners mad with pride, and losers (the unsuccessful short-listees plus every other novelist in the country) mad with envy and disappointment . . . novelists had better conclude that the only sensible attitude to the Booker is to treat it as posh bingo. It is El Gordo, the Fat One, the sudden jackpot that enriches some plodding Andalusian muleteer.

Even in quiet, uncontroversial years, the Booker still garners a huge amount of attention, given its crucial importance to publishing houses. According to Nielsen Bookscan the prize is still huge for book sales: they can grow from 463 percent (Hilary Mantel’s Wolf Hall) to 1918 percent (Howard Jacobson’s The Finkler Question) after a Booker win and, to a lesser degree, shortlist. After generating hilarious controversy

by opening up the prize to any novels written in English published in the UK (as opposed to the previous restriction to only Commonwealth, Irish and Zimbabwean authors), nothing catastrophic has happened yet (unless we consider non-Britishness a catastrophe). In fact, the shortlists have seen a balance of relatively diverse British, American and Australian authors along with other English-language writers, like last year’s winner, Jamaican author Marlon James. (Though for some reason, Irish publisher’s are excluded.)

“Having experienced a year in the life of the literary novel was so immersive,” says writer, critic and academic Jon Day, one of this year’s judges. “What’s interesting is that what’s emerged from that process hasn’t been at all predictable. We managed to find extraordinary books by relatively unknown authors (other than Levy).” This year, the shortlist of six has seen a mix of authors published by big and small presses, all showing a unique openness to the world, and all arguably less well-known than other, bigger names published this year (the most mainstream author of the longlist, J.M. Coetzee, didn’t make it to the final list).

Deborah Levy’s Hot Milk and David Szalay’s All That Man Is tackle contemporary concerns and the current moment in completely different ways, but are “both oriented towards an European experience that might be threatened in the contemporary moment,” says Day. Madeleine Thien’s expansive historical novel Do Not Say We Have Nothing follows several generations of musicians during the Cultural Revolution and the Tiananmen Square massacre; Graeme Macrae Burnet’s His Bloody Project is “almost the opposite,” says Day, in that it’s the “story of a very isolated community and that world becomes the only possible world, in which the character is trapped;  and Burnet’s great skill is that he combines a very introverted setting with a story that looks outward in all sorts of ways”; Paul Beatty

’s The Sellout is a darkly satiric take on “post-racial America”; and Ottessa Moshfegh’s Eileen is on the surface about familial, almost domestic relationships—“but it’s really mythological text, blown by all sorts of possibilities,” he adds.

All this does is speak to the good state of the novel, argues Dr. Amanda Foreman, chair of this year’s judges, on the phone from New York. The shortlist “is incredibly exciting because it shows the strength and diversity of the voices and writers around the world, who have such strong authorial voices and are not afraid to take risks, and they’re also wonderful storytellers. That’s a wonderful combination.”

Seeing this health in a year where a lot else is “a race to the bottom, particularly in politics” is “extremely heartening,” Foreman says. “And that [race] is not happening in literature; we have very healthy genres which coexist with one another. There are so many different ways to enjoy the written world. That hasn’t impinged at the publisher level nor on anyone’s ability to read at a mass level. And that’s good! [We’re seeing] very healthy circumstances where people feel free to move around the genres.”

Foreman says that, while some books have made one judge weep, there are also happy and funny books—“the power to move is extremely important. What we talk about in the judging sessions is where the book transports you. All six books have the power to elicit a strong emotional response.”

That is not to say that judging isn’t without its difficulties. I ask Foreman how the judges manage to come to an agreement about the chosen books. “The rules are clear: the winning novel is, in opinion of the judges, the best book of that year. We know what we’ve signed up to do.” All she gives away is that at the beginning of the year, we collectively agree on a set of criteria, and “on the syntax of discourse. Although taste plays a role in literary criticism, that’s different from aesthetic judgement and value. Once we’ve been able to craft our lexicon of craft, we can discuss.”

Intrigued to hear from judges directly, I ask Day, who tells me this is the first time he’s ever judged a literary prize: “It’s more exhausting than I anticipated! It’s less daunting at the moment than when we did the heavy lifting between January and July, which is when you read all the submissions. We all read about 160 books! That comes down to one a day. Since then, the workload has decreased but the stakes have increased.” A statement borne out by the ten-hour meeting about the shortlist: “We all take it very seriously, and we all have books we want to advocate for. The seriousness of that is reflected in how fucking long that meeting was!,” he says, laughing.

Novelist and professor Abdulrazak Gurnah, also a judge this year, concurs that the volume “is not how any normal person would read books. It was a very interesting and unusual experience to go through! What was attractive to me was to be reading what publishers consider to be the best books produced this year . . . Which doesn’t necessarily mean they’re all good! But that’s okay.” Did it not cross his mind that the judging would be scrutinized by everyone? “I know the headlines are always about who’s not on it, and by agreeing to judge I knew I’d be at the nasty end of critical comment. But there’s no avoiding that. I’ve rather been surprised by how little grumbling there’s been over the shortlist…”

To Day, the shock was the “emotional labor” of judging. “I knew it would require intellectual and almost physical labor—one book a day is fine for a while, but when you do it for six months it’s like running a marathon every day! But it really was worse for our loved ones.” Actor Olivia Williams and poet and professor David Harsent complete the judging team this year. 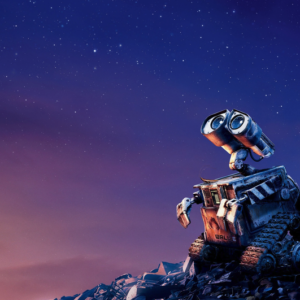 It used to be that the future was so bright you had to wear shades. This was the case for maybe a couple of decades (the...
© LitHub
Back to top