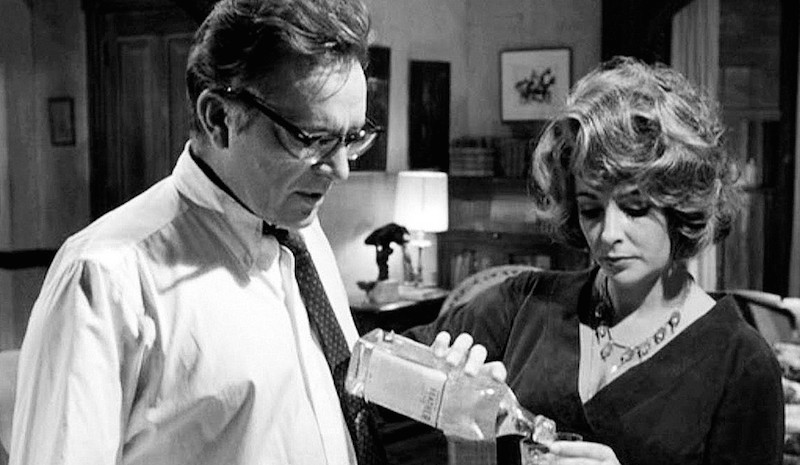 On Eastern Europe's Love/Hate Relationship with a Great American Playwright

In July 1966, the avant-garde Yugoslav theater company Atelje 212 staged a production of Edward Albee’s recent blockbuster play Who’s Afraid of Virginia Woolf at the tiny Theater 199 in Sofia, Bulgaria. Theatergoers were ecstatic, the shows sold out immediately, and only the most inventive or politically well-connected could procure an extra ticket or two. Among the people sitting in the audience was a tall elegant man named Georgi Markov, one of the most celebrated and audacious Bulgarian playwrights at the time.

Like many others, Markov was thrilled by the performance and saw it as a harbinger of a new, more liberal order in Bulgaria, a potential ideological opening in a country stifled by more than two decades of communist rule. “The show had a startling effect,” he wrote of the play, “as if real human flesh had suddenly materialized in a half-slumbering universe of puppets and mannequins.” His joy was short-lived, as two years later the tanks of the Warsaw Pact would roll into Czechoslovakia to put an end to any political or artistic freedom in Eastern Europe, while Markov himself would immigrate to London to turn into the most strident and eloquent critic of the Bulgarian regime—a regime which assassinated him in 1978 by shooting a tiny poisonous pellet into his right thigh, a case that became known worldwide as “the umbrella murder.”

But that was later. In the mid-1960s, Bulgaria, like many other countries in the Soviet bloc, experienced a brief moment of respite from the constraints of strict ideological censorship, and the arrival of Albee’s provocative work was just one sign of the changing times. In Prague, a performance of the play in 1964, tellingly retitled as Who’s Afraid of Franz Kafka, became an iconic event. The next year in Warsaw, the famous Polish director Jerzy Kreczmar created an equally memorable production. And alongside Atelje 212, a Sofia theater company decided to stage its own version of Who’s Afraid of Virginia Woolf, which, even if less daring in its approach, proved no less popular with audiences. Of course, official reviewers had to couch the play in acceptable Marxist dress, and cast it as an insider’s critique of the decaying bourgeois West: “a portrayal of the social and political ulcers of the contemporary capitalist world,” “the excess of human alienation,” and “the degradation of the characters and the whole of American society.”

This was a familiar cultural paradigm throughout Eastern Europe: the appropriation of Western writers (usually left-leaning and socially liberal) for propaganda purposes by stripping them of their native context and re-branding them as political allies or at least sympathizers. It was the only way Soviet-controlled governments could tolerate the translation of contemporary dramatic works, and literature in general, coming from the other side of the Iron Curtain. But the situation wasn’t that terrible in the end: it kept the ideological lion fed, while audiences were given access to the works and were free to divine their own meaning.

Of course, Albee was not the only victim of such interpretive straightjacketing. American playwrights like Lillian Hellman, Tennessee Williams, and especially Arthur Miller were often viewed in similar ideological light, as unrelenting critics of the social ills of capitalism. Ironically, that perspective was not completely off the mark, but what it always failed to consider, and deliberately so, was that the imaginative worlds of those authors could not be boiled down to simple political slogans, or even to politics per se. Complex issues like a character’s psychology, sexuality (including homosexuality), and cultural identity were often ignored by professional drama critics for they didn’t quite fit the prescribed mold. Overall, reviews of American plays produced in the Soviet bloc after World War Two were so marred by critical dogma and linguistic cliché as to be practically interchangeable.

Edward Albee’s work, however, presented a more intricate and exasperating case. On the one hand, it was apparent that his writing was no friend to blissful bourgeois life, and that he was willing to attack with a vengeance the false illusions of the post-war American dream—a perfect specimen for anti-West propaganda—yet his radical, often abstract dramatic forms, which discarded with the simple realism of the previous era’s playwrights, puzzled and annoyed officials in Eastern Europe. To them, Albee’s plays seemed to veer much too close to “modernism” (shorthand for anything that tried to escape realistic representation) and “the theater of the absurd” of Beckett and Ionesco, both of whom were pariahs in the Soviet bloc. It was a paradox of sorts: though socially progressive on the surface, communist regimes exhibited extreme conservatism when it came to artistic form, a stance not that dissimilar from the most reactionary, right-wing tendencies of the Catholic Church.

Nevertheless, Albee’s work continued being staged in Eastern Europe, even after the harsh crackdown following the Prague Spring. In fact, the 1970s marked something of a boom in his presence in Bulgarian theaters, with one of his plays, the obscure Everything in the Garden (an adaptation of a play by Giles Cooper, seen as a flop in the United States), enjoying over a dozen productions in Sofia and in smaller provincial towns.

Perhaps one of the explanations for this strange tolerance was Albee’s own, somewhat subdued public presence. Although he had visited the Soviet Union in 1963, together with John Steinbeck, as part of President Kennedy’s cultural exchange program, and was later vocal through PEN in supporting East European dissidents, including Vaclav Havel, he shied away from diving headlong into the Cold War political fray, the way Arthur Miller had done after the invasion of Czechoslovakia—an act for which Miller was duly ostracized by Soviet authorities, who took care to remove his work from theaters for nearly two decades. But even if Albee never performed as dramatically on the political stage, he remained possibly Eastern Europe’s favorite American playwright. From Georgi Markov to Vaclav Havel to Slawomir Mrozek, his work exerted enormous influence on a generation of writers, and continues to do so to this day.

In 2009, Albee came for the first time to Sofia to watch a production of his The Play About the Baby, (which I helped to translate) at the renowned Theater 199, and the rehearsals of his scandalous The Goat, or Who is Sylvia at The National Theater, both staged by one of Bulgaria’s most talented theater directors, Javor Gardev. Albee was thrilled with the performances and later met with journalists, theater students and fans. During the event, the moderator mentioned that the famous 1966 movie adaptation of Who’s Afraid of Virginia Woolf was reviewed in communist Bulgaria as a portrait of “American society with no future.” “Did you know,” the moderator asked, “That your play was seen in such a way in Bulgaria?”

“I don’t know if American society has a future or not,” Albee replied after making a short pause, “But I’ve never written plays or made movies to take it down deliberately. I just wanted to show four characters and their lives. But those four characters do not represent the whole of America! They represent only themselves. I’m sorry that the Bulgarian critic has not understood this. By the way, I always feel sorry for critics.”

Dimiter Kenarov is a freelance journalist based in Sofia, Bulgaria. His articles have appeared in Esquire, The Nation, Foreign Policy, VQR, and The New York Times, among others. He is currently at work on a biography of the Bulgarian writer and dissident Georgi Markov (forthcoming, Grove/Atlantic).

The Rise of the Small Press on the Man Booker Shortlist 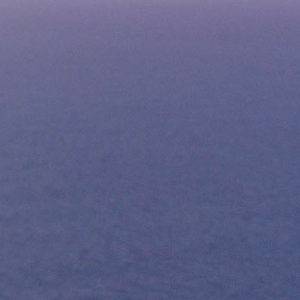 Scene: a Wednesday morning. I’m sitting on a sofa in a private screening room in London, watching the latest film by Derek...
© LitHub
Back to top