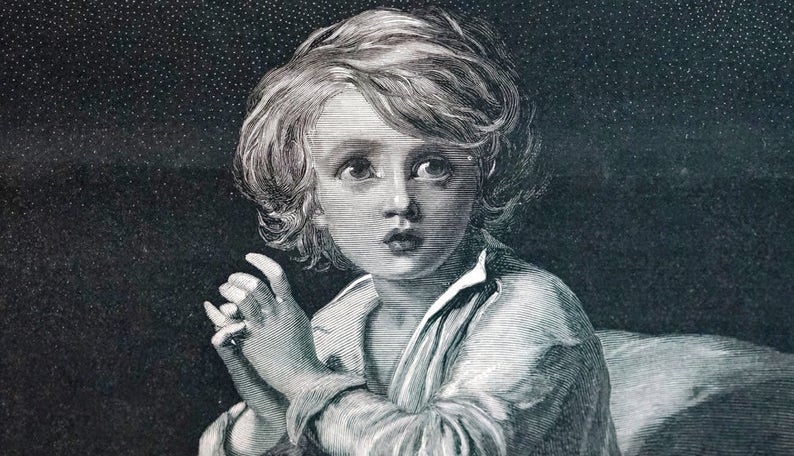 On the Parenting Insights of the Non-Parent

Anyone under the age of 70 who writes a memoir gets condescended to, at least once. First from members of their own family, then from the general public. “Think you’re pretty special, don’t you?” Someone might say at Thanksgiving. “What could you possibly have to say?” at the dog park.

When you write a memoir, you do so, not because you think you’re so uncommon, or because you consider your life to be worth more than anyone else’s but because you understand that your personal story is reflective of a larger, universal truth. That truth is what drives you forward, that truth is your why, and every time you get lost along the way, or you want to surrender, your why leads you back.

But what happens after your book is published? What happens to your why? What’s your responsibility to it?

I wrote my memoir, about growing up with an undiagnosed panic disorder, because I thought it was important to address the ways that adults dismiss and ignore children, and I wanted to do it from the point of view of myself as a child. One of the gifts or curses (depending on your viewpoint) of having grown up with severe and chronic emotional distress is that the trauma becomes imprinted inside your body. Your emotional DNA is a map of your pain that can be referenced no matter your age. As Bessel van der Kolk’s aptly titled book The Body Keeps the Score so beautifully recognizes.

My why was based on an inherent belief that keeping my emotional struggles a secret helped perpetuate the cycle that keeps mental illness stigmatized. My goal for my memoir was to reach others like me, those whose suffering had gone ignored, whose mental illness went undiagnosed until adulthood. My why, to reveal my own secret shame in order to make others like me feel less alone and more understood felt like my life’s work, but I was wrong. That was just the beginning. The book was just the skin.

I was a child a long time ago, raised with a different set of parenting principles, without discipline or structure and in the heart of Greenwich Village in the late 1970s and 80s. Times have changed. People are well versed in anxiety and know how to parent accordingly. My fear was that times have changed so much, what I was saying would be dated or so obvious that people would be toning their stomachs laughing at me.

After Little Panic came out, I received daily letters from people, letting me know I had reached them, that everything I had hoped for was, in fact, true—anxious readers felt less alone, more understood. In my professional life, I’ve never felt more successful. But during the Q&A’s, it became quickly apparent that the assumptions I’d made about parenting were wrong.

Many adults, I was horrified to discover, were still operating under an outdated model. The behaviors that damaged me from my own childhood were in full swing, being inked into the fresh DNA of a new generation. The main difference is that the parents of my generation did take their children’s suffering seriously, they just didn’t know what to do with it. They did not know for example that if an anxious child is afraid of getting kidnapped, or is choked with fear a parent might die, saying “You don’t need to worry about that. I’m not going to die for a very long time,” is the absolute worst thing you can say.

How could this be? It made absolutely no sense to me.

Is it because I am not a parent? Am I better equipped to see things objectively, able to recognize what a parent might overlook? Of my many experiences, I have never been a parent overwhelmed by the panic of not knowing how to lessen my child’s fears. I have only ever been the panicked child, and now I am that same panicked child all grown up and able to communicate the needs and fears that anxious children cannot express. As more parents and teachers asked me their questions and shared how they dealt with their children’s distress, I realized that while adults need mental health advocates, children need them more, and in order to advocate on their behalf, I would have to teach their parents and teachers all the things I assumed they already knew.

I understand suffering because I suffered, and with that insight I’ve been able to reach and connect with young people, but I didn’t know how to address that suffering from the other side. . .

But why didn’t they know?

When anxiety disorders go undiagnosed and untreated for too long, they procreate, and have babies, and by the time you’re diagnosed you walk out of the psychiatrist’s office with five mental disorders instead of just one. My panic attacks started when I was a toddler, and by the time I was 25, my overwhelming fear rendered me unable to leave my apartment for three weeks. I had little reason to live, except for the fact that I wanted to live; I wanted a big life, an impossibility for someone who couldn’t even leave her apartment.

The sensations of anxiety and panic are so devastating that sufferers fear feeling their anxious feelings; they are so painful that I understood living in fear of my own feelings would be harder than facing them. Not long after this realization, I was diagnosed with panic disorder, clinical depression, separation anxiety disorder, social anxiety, agoraphobia, and suicidal ideation.

I began therapy, went on anti-depressants and read. I read self-help books, psychology books, books on depression, phobia, anxiety, codependency, addiction and insomnia. In order to move through my fears, I had to face them, and I could only do that if I understood everything I could about my disorder. I had naively assumed that non-sufferers didn’t suffer because they had the information I didn’t; I was just catching up to them. What I didn’t understand then was that my goal of living a life free from chronic fear necessitated the work I was doing.

And that’s why so many people don’t understand the interior lives of children, because they didn’t have to spend their adult lives confronting, reconciling and re-processing their childhoods. For me, being a child was brutal. Knowing something was terribly wrong with me without knowing what, navigating the world on 90 percent dread and terror, being tormented daily by my mind with the threat of my own extinction, found me constantly dissociated. My terror was constant and relentless, and I lived in a soup of mental anguish so decompensating that when I was writing my memoir, I became afraid each time I had to drop back into my childhood feelings of fear in order to accurately capture its somatic sensations, worried I’d get stuck there, never to find my way out.

I understand suffering because I suffered, and with that insight I’ve been able to reach and connect with young people, but I didn’t know how to address that suffering from the other side, as a teacher, and so I studied, fast. In order to help anxious children, I needed to help their parents, and the only way to do that was to become fluent in a different language, and so I did because the goal necessitated it. And so, I began to read and research and study, in an entirely different manner: from the point of view of an educator.

I read, not to understand myself, but to learn how to help parents raise their kids so that they did not grow up negatively impacted by having been a child. So that they don’t spend their adult lives confronting, reconciling, and reprocessing their childhoods, but instead, are given now, as children, the tools and skills necessary to become the person I never did, to live the life I couldn’t. This became my new why, and I sank into it like a 1970s kid on a bean bag chair.

I reached out to mental health organizations and offered myself up as a speaker and a collaborator. Bring Change to Mind, founded by Glenn Close and her sister, Jessie was the first organization I contacted, and they were warm and receptive and soon sent me to a high school for my first speaking gig. The teenagers I spoke to confirmed that their well-meaning parents were inadvertently making their anxiety worse; I did more events and soon, I was talking to everyone aged 4 to 94 about anxiety and panic. I reached out to the JED foundation, and work with them now also. My work has always sat at the intersection of psychology and literature and being a mental health advocate feels like an essential part of my job as a writer. For me, the work is not just on the page, but in the field. And while the why of my memoir changed because of adults, the why of my life has always been for kids. 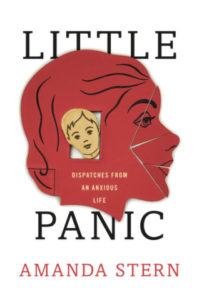 Amanda Stern’s Little Panic: Dispatches From an Anxious Life is out now.

Amanda Stern is the author of The Long Haul and Little Panic: Dispatches from an Anxious Life. She founded the popular music and literary series, Happy Ending, in 2003, which was produced at Joe’s Pub and Symphony Space in NYC and ran until 2018. A mental health advocate, she sits on the advisory board of Bring Change to Mind and collaborates with the JED Foundation. And yes, she lives in Brooklyn.

We Have Found the Most Cursed Days for Writers 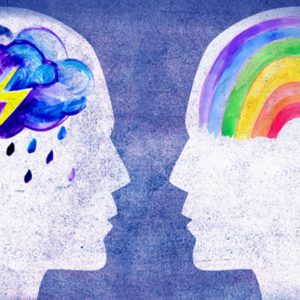 Our present moment feels all filled up with separateness. We’ve taken to our corners and allied ourselves with various...
© LitHub
Back to top
Loading Comments...