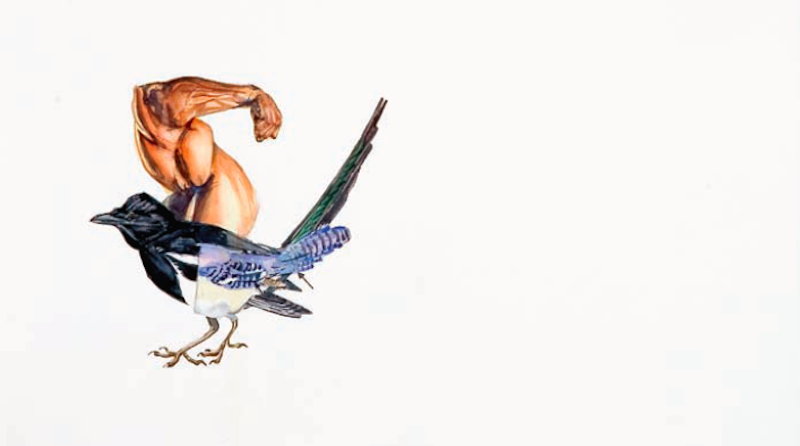 Lucy Kogler on the Creeping Acceptance of Animal Domination

This column is meant to be one of both revelation and exposition. I truly believe that everything we do as booksellers has a political component. It is a profession that frequently pushes for radical cultural change. A bookstore, regardless of the types of books sold, is a place of daily activism.

Of course not every bookseller subscribes to the idea that capitalism and its constituent pathologies—mendacity, hyperbole, racism, sexism, homophobia—is wreaking havoc with the dissemination of ideas in book form, but I believe it is. Capitalism can make for an incurious populace. As Peter Singer writes in Animal Liberation: “Racists violate the principle of equality by giving greater weight to the interests of members of their own race when there is a clash between their interests and the interests of those of another race. Sexists violate the principle of equality by favoring the interests of their own sex. Similarly, speciesists allow the interest of their own species to override the greater interests of members of other species. The pattern is identical in each case.” To this litany of the self-interested I would add fundamentalist capitalists.

I’d recently had the occasion to revisit Singer’s important book after coming across two titles for possible sale at the store. It is my job as a book buyer to look at what is being “sold” to me and evaluate it for its merit or its unworthiness. I am allowed to interpret and decide what I want to carry. That’s what I get paid for. A store’s point-of-view is critical to its mission. I approach all books not as an academic but as a reader and thinker who wants and needs to pay attention to the culture and its trends in order to best do my work.

The subtleties of human primacy—of humankind’s self-entitled dominion over animal kind—leach into what seem to be benign books, turning them into sly manifestos for whatever cause they may be introducing through shadow applications: a sweet, furry owl head nailed to a wall, for example…

I recently received a flyer for a crochet book of animal taxidermy. On the flyer were pictures of animals in the following categories: “farm friends, zoo buddies, safari friends, under-the-sea creatures and woodland creatures.” These categories warned of things to come. None of the descriptors called the trophied heads “animals.” Instead the animals were anthropomorphized into “creatures,” “buddies,” and “friends.” Categories meant to mitigate the cold hard fact that an animal had been killed, hunted to provide little Jeff or Sylvia with a smiling koala on his/her wall. But, rather than mitigate the horrific impact of killing, de-animalizing them serves to ignore the issue of how they got on the wall. Who thinks about killing a “friend” or a “buddy” in order to hang its head, as trophy, on the pastel wall?

Given all that happens with the accessibility of guns, with the NRA and its stronghold on Congress, with the shooting of animals in protected areas—a zoo or a wildlife sanctuary—should I really be surprised that this books exists? Looking online I found a company called White Faux Taxidermy that also prides itself on its collections—Forest Collection, Safari Collection, Ocean Collection… however, there is no pretense that these trophies are anything other than representative of dead animal heads (with the exception of the unicorn). They offer decorative heads in all sorts of colors, from bright blue to hot pink. “Better preserved than exhausted,” goes their motto.

But the crochet taxidermy flyer shows mounted heads on wood plaques. Colors the animals as they appear in nature. Identifies the Kingdom, Phylum, Class, Order and Family of the hunted and killed creature. Has commentary under the poster-sized deer head: “No wonder this handsome buck looks shy. His impressive two-point rack is sure to make him a popular catch.” Catch. No, not “catch,” target. Unless the heads mounted on the wall of the young child—exuberantly jumping on the bed—are in stocks, with the live bodies behind the wall writhing in discomfort, these animals are dead. Hunted. Killed.

So, what’s my problem?

In The Sexual Politics of Meat, by Carol Adams, Adams refers to the concept of the “absent referent,” the “invisibility” of the dead animal that is in fact the meat one is eating. These crocheted taxidermy animal heads render invisible the death they imply. We are communicating to the children on whose walls these animals hang that all wildlife, whether on land, in the sea or air, or on the living-room wall, is our property; that we have domination over all living creatures on earth and can kill them—actually or metaphorically—for our pleasure and use. The child jumping on the bed becomes inured to the spectacle of death hanging on the wall and assimilates a world-view that killing animals—owls, hippos, cows, and octopuses—is the natural order of things. By suggestion the child internalizes a deficit of “consciousness” in the killed animals, allowing for easy disassociation.

Will this child stop at animals? What if this white child (photo on flyer) decides that this sense of supremacy is transferable to those of his own species he doesn’t like, or who don’t look like him, or think like him, or have the same things he does, or who live somewhere other than where he lives? Will his habituation to force as primacy come to dominate his world-view? Will he then feel free to take aim at anything or anyone? If we can kill our “friends” or “buddies” we can certainly kill our non-friends. Am I reading too much into these harmless pictures?

I am not. I, as John Berger writes, am seeing in a particular way. This perversion of the dominion ethos (see, The Bible) is frightening.

Which leads me to the second book, Animal Internet by Alexander Pschera.

When I first began this book I thought, interesting. As I continued to read, it started feeling more and more like a manifesto for human domination over animals in the guise of “saving” them, and less like an environmental mobilization to save the animal world. This book is predicated on the needs of humans, a kind of manifest destiny approach to animal life that ignores humanity’s devastating destruction of the world’s animal and plant kingdoms, and how animals would really just be better off without us.

A telling sentence, early in the book: “Given that many people are already overwhelmed by smart refrigerators or running shoes, though, how are we meant to master the Internet of Nature or integrate it in our daily lives as a useful structure?” The argument is that by electronically tagging all living creatures (excluding humans) we make their worlds better as we are able to track their every last movement and “out” them whenever we like, watching, experiencing them in nature, at our leisure. He writes “Not only does this technology improve the care wild animals receive, it also better enables scientists to determine the prognosis of spreading diseases or even epidemics.” Wild animals by definition do not receive care if they are still in the wild, unless our author is making a false equivalency between “care” and monitoring and “care” and the manipulation of environment and being. Care doesn’t beach whales, care doesn’t use harmful pesticides nor does care work to raze the world’s forests.

This book is filled with false equivalencies and disturbing generalizations made as pronouncements. For example: “Children who grow up biased toward electronics will not grow into adults concerned with nature conservation—and it’s because they feel ambivalence toward nature or, more dramatically, because at some point, they won’t even know what could possibly be meant by “nature.” And yet the argument he is making is to bring all of nature into an online chat-room.

So will I order these books for the store? No and yes. We live in a time when demagoguery obfuscates truth, when differences are touted as deficits and not embraced and heralded as ways to learn about each other. It is critical that we all pay attention to what is being said and really look at what is being presented to us. So I will not get the taxidermy book for the reasons mentioned above. But I will order the other title because it is an idea that needs to be argued, and this is exactly the kind of conversation that should be happening in independent bookstores across this country.

Titles for the Times: Ten Books On Race, Police, and Black Lives Matter 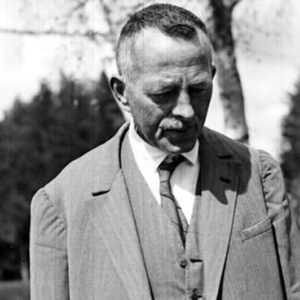 Poetry (I) I never wrote poems in summer. The blossoming and resplendence were too sensuous for me. In summer I was melancholy....
© LitHub
Back to top