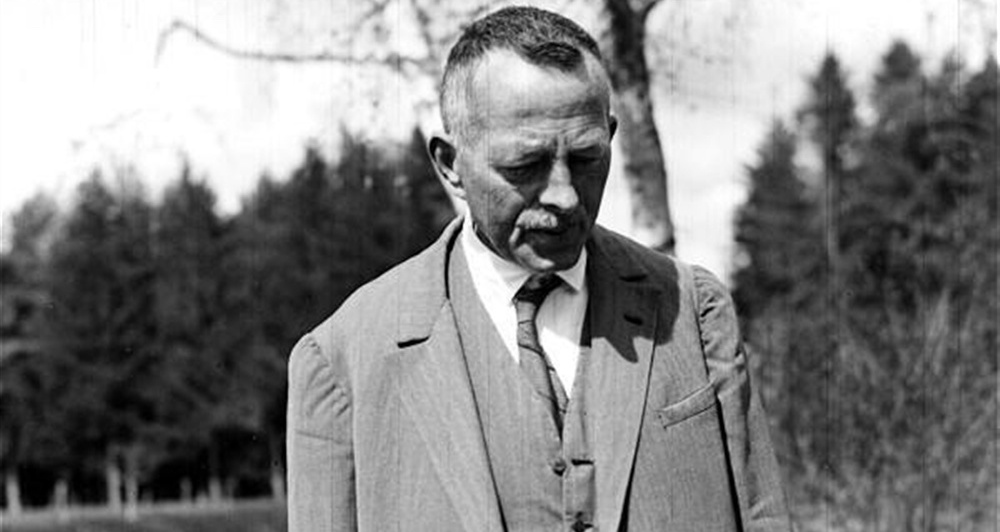 Of Poetry, Overcoats, and Men of the World

I never wrote poems in summer. The blossoming and resplendence were too sensuous for me. In summer I was melancholy. In autumn a melody came over the world. I was in love with the fog, with the first beginnings of darkness, with the cold. I found the snow divine, but perhaps even more beautiful, more divine, seemed the dark wild warm storms of early spring. In the winter cold, the evenings glistened and shimmered enchantingly. Sounds bedazzled me, colors spoke. It goes without saying I lived eternally alone. Loneliness was the bride I indulged, the friend I preferred, the conversation I adored, the beauty I enjoyed, the society in which I lived. Nothing was more natural and nothing friendlier to me. I was a clerk and often without a suitable position, which was fine with me. O the delightful dreamy melancholia, the enchanting hopelessness, the heavenly beautiful dejection, genial sorrow, sweet cruelty. I adored the outskirts with its figure of the solitary laborer. The snow- covered fields spoke intimately to me, the moon seemed to be weeping low onto the ghostly white snow. The stars! It was glorious. I was so princely poor and so regally free. In the wintry night, towards morning, I stood at the open window in only my nightshirt, the icy air blowing on my face and chest. And at the same time I had the strange illusion that the air was glowing all around me. Often in the remote room that I inhabited, I threw myself on my knees and begged God to give me a pretty line of verse. Then I walked out the door and lost myself in nature.

I remember a beautiful afternoon I once had. I walked over the country with the stump of a cigar snug in my mouth. Sunlight beamed over the green region. In the fields men, children, and women were working; on my left flowed a golden canal and on my right I had a view of farmland. I dawdled along. A bakery truck blasted past. It’s strange that I recall so clearly every detail as if it were a treasure. There must be a great strength within my memory, I’m so happy. Memories are life. Then I continued on past many considerably cheerful and prosperous farmhouses; a farm woman shushed her dog that had the idea of barking at the strange pedestrian passing by. It’s delightful to walk quietly and leisurely over the land and be greeted friendlily by solemn, sturdy country women. Such a greeting does one good, like the thought of immortality. A heaven opens when people are kind to one another. The afternoon and soon evening sun strew liquid love and fantasy gold over the road, and it glowed reddish. On everything was a touch of violet, but only a delicate, barely visible tint. A suggestion has nothing as thick as a finger to grip, but gropes around and hovers just above the visible and invisible totality as an ominous shimmer, tone, sensation. I went by a tavern without entering; I thought I might do that later. At a comfortable pace I strolled on, not unlike a calm, gentle pastor or teacher or messenger. Many a human eye looked upon me curiously in order to unriddle who I might be. In the wonderfully re- sounding countryside, everything became more and more beautiful. Each step led into another loveliness. It was as if I were writing, dreaming, fantasizing. A pale, beautiful, dark-eyed farm girl, whose face had been sweetly tanned by the sun, looked at me questioningly with the sparkling dark magic of her eyes and said good evening. I returned her greeting and went on into an orchard whose trees thickly dangled with the red and golden fruit of paradise. Through the dark green of the leaves the beautiful apples were wonderfully lit by the evening sun, and over the verdant fields rang the warm buoy- ant chiming of bells. Magnificient cows, brown, white, and black, lay and stood about in graceful groups scattered across lush meadows stretching down to a silver canal. I didn’t have eyes enough to look at all there was to see, nor ears enough to hear it all. Looking and hearing joined to make one pleasure, the entire wide green and golden landscape resounded—the bells, the fir forest, the animals, and the people. It was like a painting conjured up by one of the masters. The beech forest was brown and yellow; the green and the yellow and the red and the blue made music. Colors flowed into sound, and sound played with the divinely beautiful colors like boyfriends with sweet girlfriends, like gods with goddesses. I walked forward only slowly under the light blue and between the green and brown, and gradually it turned dark. Several shepherd boys came up to me wanting to know the time. Later, in the village, I went past an old, large, venerable rectory. Someone was singing and playing in the house. They were glorious sounds, at least so I imagined. How easy it is to imagine something beautiful on a quiet evening walk. An hour later it was night, the sky glittered black. Moon and stars came out.

At the moment overcoats are in vogue. Advertising posters draw our attention to this.

I’m not wearing one yet because I don’t want to pamper myself.

Ladies’ coats are awe-inspiring. I find it enchanting to help women put them on or take them off, although it seems to me advisable to impose limits on one’s passion to serve.

One smiles now and then at an excess of courtesy, but in general it’s quite nice.

Recently after the end of a concert I excelled in dispensing coats.

A need to be courteous had taken control of me.

I hope my essay may be appealing and give warmth.

There were times I wore the coat of an art dealer, on other occasions the coat of a count. Both smartened me up.

An appropriation that’s not refuted means one has availed oneself of munificence. Receiving gifts requires understanding.

“Clothes make the man,” a novella by Keller reads. An overcoat confers self-confidence.

Sometimes, though an overcoat be old, the heart beneath it can burgeon and beat with youthfulness, for which excuses may be found.

A housewife said to her maid, “What’s come over you?” The servant was strutting about in her mistress’s mantilla.

Once I presented to a friend a light-blue overcoat idea. To call attention to oneself is tiring, he responded. I agreed and let the inspiration drop.

My overcoat article has exhausted me: How often have tasks that seemed so easy caused us difficulties.

A Man of the World

He was told he suffered, but he never believed it. Once he had kissed the golden shoes of an artiste. This gold didn’t shimmer, instead it simply lay pale, as if applied like a thin, vacuous coating of varnish. For a time his eyes had something of a flickering blaze in them; he didn’t know whence that came. Others behaved towards him as if he were a child; he gladly considered himself a lad. The lineaments of aging didn’t prevent him from this kind of make- believe. He saw a girl crying, and with the most agile effortlessness believed she was crying because of him. Never had he made anyone laugh, since he acted like a poor sinner, and in people who consented to deal with him, he instilled the chilling impression he was heart- less. His sveltenesses entitled him to entertain cheerful and conceivably candid relations with a very modest parlormaid of a manor, who fancied he had never been unhappy or done anything unpleasant. To her he seemed unsmart because he smiled prettily, which he accomplished due in part to her drollery, in part to his having sporadically read certain amusing works. With a novelistic coherence he told her stories she fell for word for word. A thousand conquered aggravations clothed him like a garment of frivolousness and elegance, as if wistfulness lay over his manners and mode of being, as if he didn’t know what to do with his brio. His resiliencies resulted from his finding boredom not unbearable but always somewhat useful or edifying. Something about his kindnesses encouraged fawning. In winter he went sledding, he went snowballing; life’s summer he seemed never to have known; in the spring little flowers moved gracefully, tremblingly into his autumn, the autumn that he perhaps always was. Only once in the course of his life did a woman treat him as if he were a perfect gentleman, an event that remained forever in his memory.

By the way, he never tried to be a man of the world.

Translated by Tom Whalen, with Nicole Köngeter and Annette Wiesner 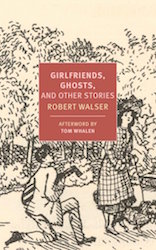 From GIRLFRIENDS, GHOSTS, AND OTHER STORIES. Stories copyright © by the Robert Walser Center, Bern and Suhrkamp Verlag, Zürich Translation copyright © 2016 by Tom Whalen

Robert Walser (1878–1956) was born into a German-speaking family in Biel, Switzerland. He left school at fourteen and led a wandering, precarious existence while writing his poems, novels, and vast numbers of the “prose pieces” that became his hallmark. In 1933 he was confined to a sanatorium, which marked the end of his writing career. Among Walser’s works available in English are Jakob von Gunten and Berlin Stories (available as NYRB Classics), The Tanners, Microscripts, The Assistant, The Robber, Masquerade and Other Stories, and Speaking to the Rose: Writings, 1912–1932. 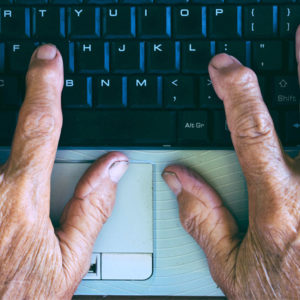 Dear Rick Moody, Life Coach, I was wondering if you might entertain the concept of spinster-baiting, and explain why it is an urge...
© LitHub
Back to top
Loading Comments...